When it comes to bad-boy auteur Bertrand Blier, I’ve always been slightly more enamored of Going Places (’74) than Get Out Your Handkerchiefs (’78). If someone was dumb enough to remake Handkerchiefs in the Blier style, it goes without saying that the Robespierres would give them a fairly hard time.

It actually ran into some feminist criticism 40 years ago, primarily over Blier and the sexist-klutz characters played by Gerard Depardieu (so thin!) and Patrick Dewaere relentlessly objectifying or eroticizing Carole Laure.

Kent Jones‘ Diane, which I strongly feel is 2019’s best film so far, has been playing and streaming for a bit more than a week. I know for a damn fact it will be a Gotham/Spirit Awards contender at the end of the year, but yesterday I heard from a cranky friend who didn’t care for it (“Huh?”), and now there’s a significant gap between the 95% Rotten Tomatoes critics rating and the 63% audience score. If you’ve seen it, please weigh in. Here’s my 3.27 rave. 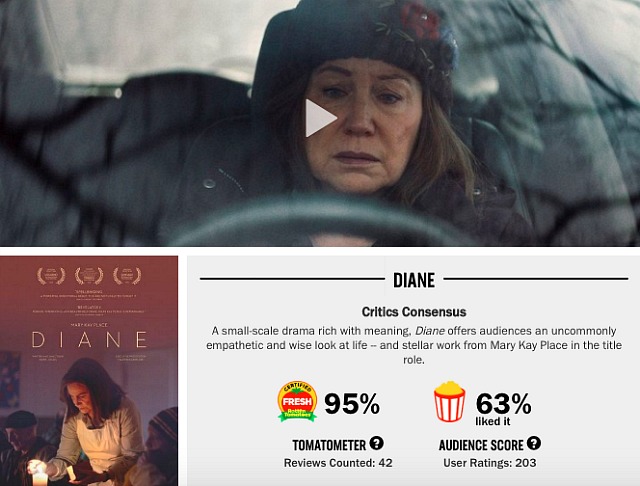 Yesterday two episodes of Jordan Peele and CBS All Access’s The Twilight Zone began streaming — “Nightmare at 30,000 Feet” with Adam Scott and “The Comedian” with Kumail Najiani. (The latter episode is accessible on YouTube.)

One of the pleasures of the original Rod Serling series was the discipline of each episode delivering the whole kit-and-kaboodle in 30 minutes — actually more like 23 or 24 with commercials. Peele’s episodes are just under an hour. I’m more of a shorter-is-better, less-is-more type.

From Nick Harley’s Den of Geek review of the Nanjiani episode: “’The Comedian’ is the exact sort of morality tale that The Twilight Zone always excelled at, while offering fresh commentary about the comedy world and audiences assuming ownership over an artist’s work.

“Director Owen Harris, who also worked on the similar anthology series Black Mirror, is able to make the dark shadows of the comedy club or an empty apartment feel creepy and the shots from the stage of a bored audience all staring at their phones really puts you in the shoes of a bombing comic.” 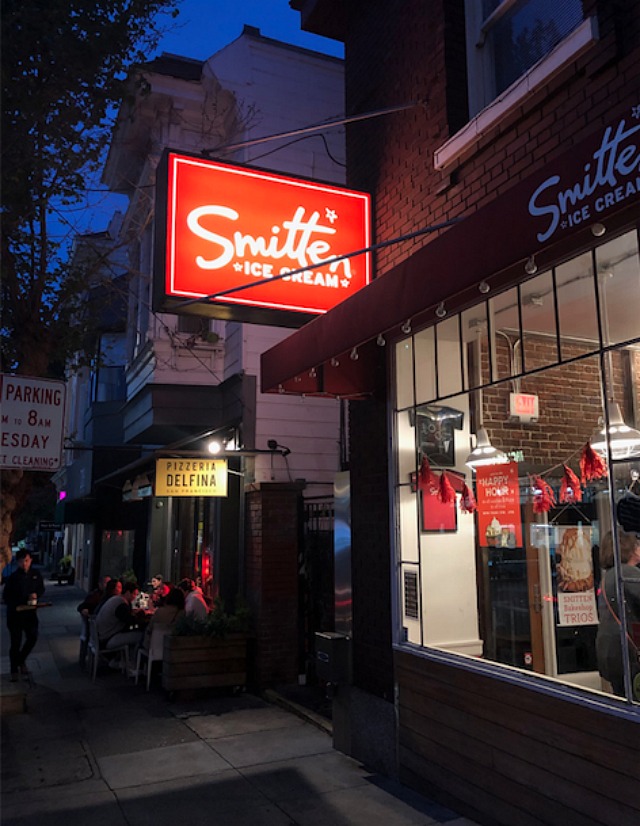 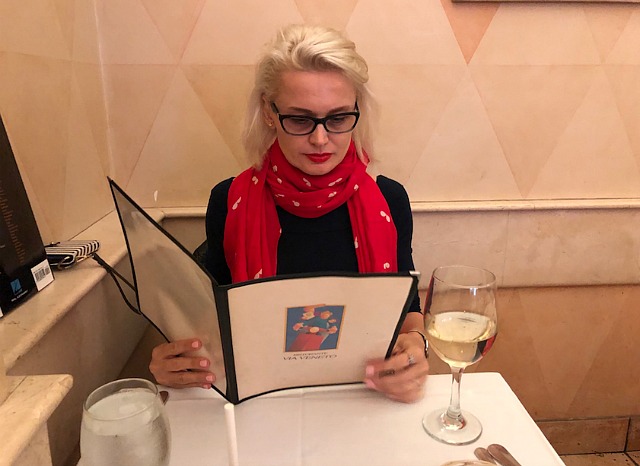 Via Veneto, 2244 Filmore at Clay. I’ve strolled many times up and down the real Via Veneto in Rome so don’t tell me. 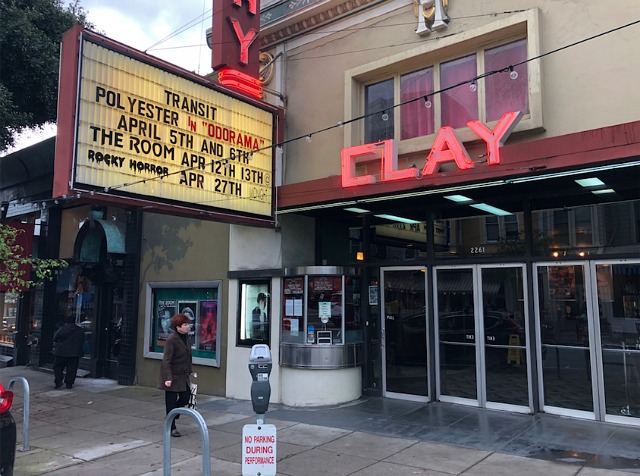 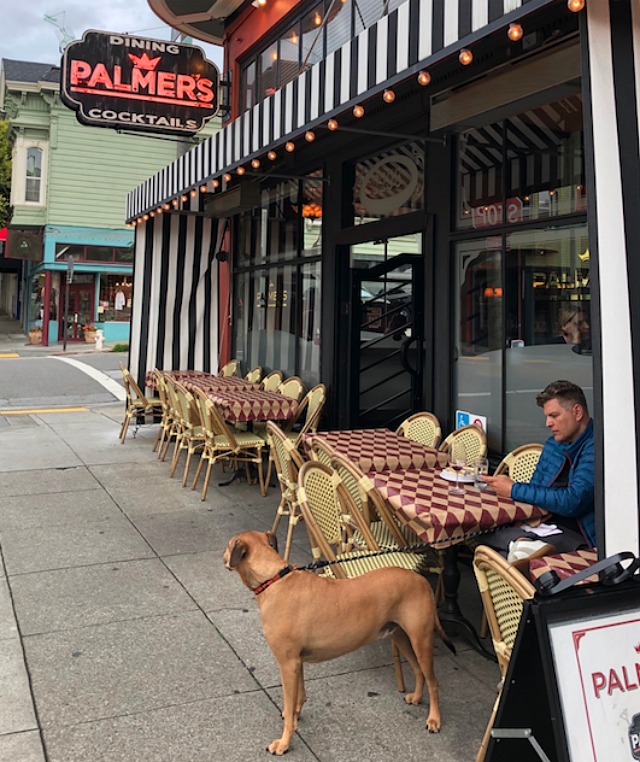 More Ross Douhat: “In a primary where Biden is just an old white dude running away from his record, the party’s various moderate voters will almost certainly fracture and go to fresher candidates with cleaner pitches — to the Texan Jesus (Beto O’Rourke) or the South Bend Meritocrat (Pete Buttigieg) or the Mean Minnesotan (Amy Klobuchar) or the Racial Optimist (Cory Booker).”

Consider two N.Y. Times opinion pieces about the ongoing strategic erosion of Joe Biden‘s would-be presidential prospects — Ross Douhat‘s “The Real Joe Biden Decision” (4.2) and especially Michelle Goldberg‘s “The Wrong Time for Joe Biden” (4.1), for which the subhead states that Biden “is not a sexual predator, but he is out of touch.”

They’re a one-two punch that says “it’s all over but the shouting — Biden doesn’t have the balls to run as the moderate, behind-the-curve guy he really is deep down, and if he tries to apologize and suck up to the wokesters he’ll seem like a weak sister to his older, mostly white hinterland and suburban supporters, and so he’s basically between a rock and a hard place.”

Goldberg and Douhat are not wrong. Joe is more or less done.

Because his neck-wattled, decent-older-guy centrism will ignite all kinds of missiles and grenades from the urban forces of “the Great Awokening” (i.e., coined by Vox‘s Matthew Iglesias). And after months and months of this Biden may, Douhat suspects, wind up losing as badly as Jeb Bush did to Donald Trump in the 2016 primaries.

Plus the somewhat squishy, always-looking-to-accommodate Biden probably lacks the courage, in Douhat’s view, to run a no-apologies, straight-talking campaign that politely but firmly talks back to the wokesters and says “hold on, take it easy, you don’t have an exclusive hold on wisdom and truth and divine, heaven-sent strategy.”

Goldberg notes that while Biden is “by most accounts a man of great personal decency, if he runs for president he will have to run away from his own record. To those desperate to unseat Trump, the centrist, establishment Biden might seem like the safest choice, but it would actually be risky to pick a candidate who will need to constantly apologize for himself. Particularly when he doesn’t know how to do that very well.”