It’s not the movie but the nitrate thang. I just want to be able to say that once, just once, I watched a first-rate projection of a black-and-white nitrate print. TCM Classic Film Festival copy: “Nitrate projection made possible through support of the Hollywood Foreign Press Association, Turner Classic Movies and The Film Foundation in partnership with the American Cinematheque and the Academy Film Archive.”

After the show: Very handsome print with nice detail and texture, but the film looks better — sharper, a bit brighter, a bit more gleaming — when streamed at 1080p on 65” 4K monitor. Sorry but it does. 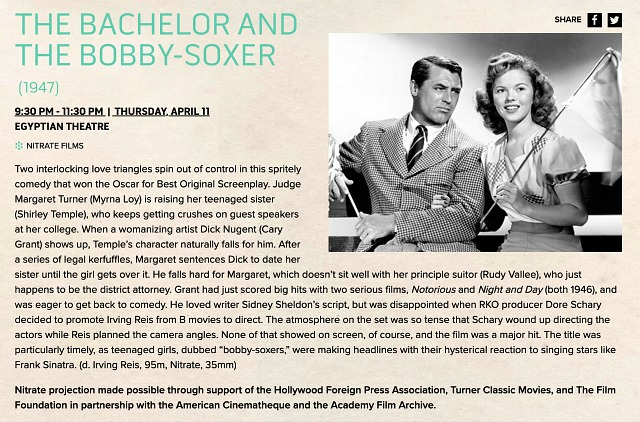 FIFOG (Festival Internationale du Film Oriental de Geneve) runs from 4.29 through 5.5, but who uses the “o” word these days? The last time was when Paul Schrader used it in a late March Facebook post (“I’ve written or directed films with a black lead, an oriental lead, a female lead,” etc.) Before that was during a viewing of What’s Up, Tiger Lily?. 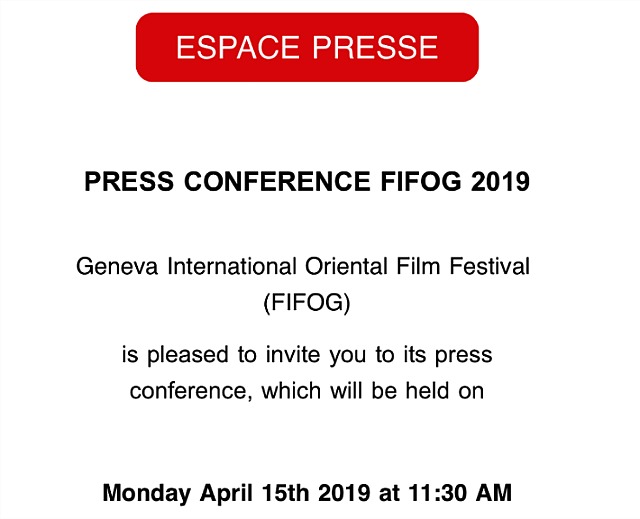 I’ve just invited the usual suspects to the annual night-before-with-journalist-pallies La Pizza gathering in Cannes. It’ll happen on Monday, 5.13 at 7:30 pm. I’ve made the reservation for 20 or 30…whoever shows up. Pass along the invite to whomever I’ve missed. Bring euros.

Special added message: “I realize that the old La Pizza gang of five years ago is no more, in a sense, and that for the last couple of years the congregation has been divided into a kind of film critics’ version of the Hatfields and McCoys — i.e., wokesters vs. less woke. I hope this won’t get in the way and that politics can be left outside, but I’ll understand if certain wokesters decide to gather for their own night-before shindig. — Jeffrey Wells, HE”

32 Comments
Let Me Get This Straight

Glenn Close is going to play some kind of Ma Bumblefuck in Ron Howard and Netflix’s Hillbilly Elegy…right?

Close is one of our greatest actresses and Lord knows she’s covered the waterfront with many disparate characters — long suffering literary wife, Jenny the nurse, Alex the psycho, Cruella de Ville, Albert Nobbs, etc. But she’s never played a rural, dispirited, mule-stubborn, Trump-supporting Okee from Muskogee with an Oxycontin habit. I’ll believe Close’s acting (I always have) but I’m going to have difficulty forgetting that Close, the refined, well-educated, WASPy actress from Connecticut, is pretending to be this kind of…uhm, person. It’ll be like Helen Hayes or Jeanne Eagels playing Daisy Mae from L’il Abner.

Amy Adams is also playing some kind of yokel type, or so I gather.

The screenplay, based on the respected book by J.D. Vance, is by Shape of Water co-screenwriter Vanessa Taylor. Howard is producing with Imagine’s Brian Grazer and Karen Lunder.

The original 181-minute cut, I mean. Saw it on the Universal lot. Rough sit. I never saw the 129-minute Alan Smithee version.

Needless to say this Manhattan coffee shop scene between Brad Pitt and Claire Forlani would’ve worked better without the double-hit ragdoll body bounce-flop…really bad CG. Imagine if just after Forlani walks off she hears the screech of tires and vague sounds of commotion, but doesn’t realize Pitt is dead until she reads about it the next day. Maybe a small photo in the N.Y. Daily News. It’s always better if you can nudge the audience into imagining a scene of violence rather than hitting them over the head with it.

BTW: Pitt was no spring chicken when Meet Joe Black was shot (he was around 34. had made Se7en three years earlier) but he looks 24 or 25.

It would be highly unusual (if not unheard of) for a December release to debut in Cannes, but maybe the Lionsgate guys are thinking “we have to somehow out-splash The Loudest Voice,” the Showtime version of the Roger Ailes story that pops on 6.30. It costars Russell Crowe, Naomi Watts, Seth MacFarlane and Sienna Miller.

Lemercier is also claiming Pablo Larrain‘s Ema has been bought by Netflix but that the deal has yet to be finalized. Either way Cannes is a no-go, he’s reporting. (My understanding is that the Netflix story is smoke, but what do I know?)

Ruimy: “A major find for American cinema will be director Danielle Lesowitz‘ debut Port Authority, which is rumored to be in Un Certain Regard section. I’m hearing that Cristi Puiu‘s French-language Manor House is 199 minutes. Marco Bellocchio‘s The Traitor has major Godfather vibes.”

I haven’t yet seen Amy Poehler‘s Wine Country (Netflix, 5.10), but I will soon. It may amount to more than a Napa Valley, gender-flipped Sideways blended with a late-40ish Bridesmaids, but you can tell in a heartbeat…no, you can’t. Trailers always mislead. But you certainly sense a lack of gravitas. No one’s going to get clobbered with a motorcycle helmet. Directed by Poehler (who also stars and co-wrote the original story), written by incidental costars Emily Spivey and Liz Cackowski. Costarring Maya Rudolph, Rachel Dratch, Ana Gasteyer, Paula Pell, Tina Fey, Jason Schwartzman, Cherry Jones.

Julien Assange, 47, obviously knew for some time that his ouster from the Ecuadoran embassy was imminent. But when the moment arrived this morning he looked breathless and anxious, and like an unwashed, tattered, 69 year-old Gandalf.

I would have manned up and submitted to the inevitable. I would have showered, shaved, gotten a haircut and a manicure, put on a freshly-pressed suit and a pair of elegant Italian shoes and walked out with British officials in handcuffs. Standing tall with a touch of dignity. Instead Assange looked and behaved like an asshole…”aaghhh, they’re carrying me out…aagghhh, these brutes!”

From Eileen Sullivan and Richard Pérez-Pena’s N.Y. Times report, posted this morning: “Assange, 47, has been living at the Ecuadorean Embassy in London since 2012. British authorities arrested him on Thursday, heavily bearded and disheveled. A dramatic video showed him shackled and being carried out of the embassy and forced into a police van. He was detained partly in connection with an American extradition warrant after he was evicted by the Ecuadoreans.”

Had it not been for Assange’s torpedoing of Hillary Clinton and the Democrats with those Wikileak-ed emails, she might well have won…no? This year she’d be facing primary challengers and looking like Jimmy Carter in ’79. But at least we wouldn’t have Trump.