A bit short of 20 years ago I attended an all-media screening of The Phantom Menace at the now-vanished National in Westwood. I emerged a bit stunned, struggling for words. Eventually my head clarified and my thoughts took shape. I looked up at the night sky and vowed to expel Jake Lloyd from my movie-watching realm for the rest of my days.

At the very least The Phantom Menace launched the beginnings of an industry-wide realization — a process that took many, many years to reach fruition and maturity — that George Lucas was creatively over and had in fact become a kind of malevolent force. Whatever genuine inspiration he had inside him during the making of Star Wars and The Empire Strikes Back had escaped, leaving him more or less hollow and adrift and adept only at marketing and manufacturing and screwing up Indiana Jones and the Kingdom of the Crystal Skull.

Who saw Topher Grace’s 85-Minute Prequel Re-Edit? I never did. 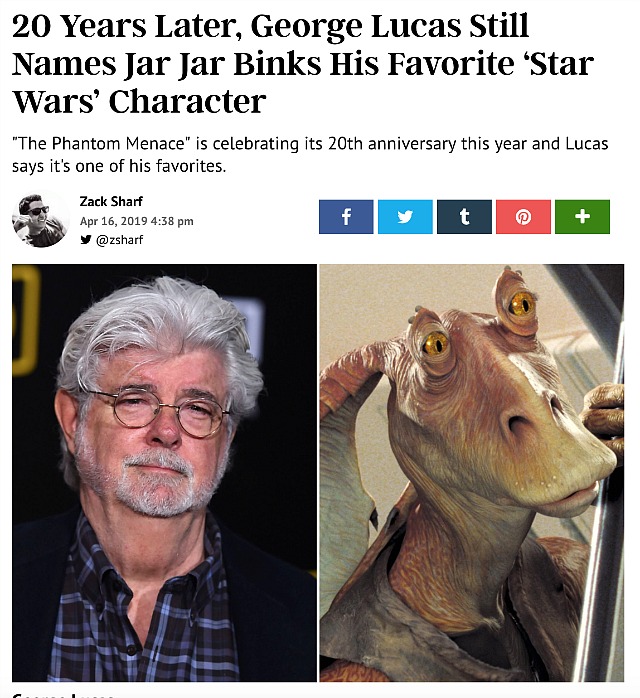 Hollywood Elsewhere finally gets to see Olivia Wilde‘s Booksmart (Annapurna, 5.24) next week. I’m frankly more excited about this than any other spring-early summer release. The expectation for this Rotten Tomatoes grand-slammer is that it’ll put some color back into Annapurna’s financial cheeks.

From Eric Kohn’s 3.11 SXSW review: “The teen party movie has been done and redone so many times it may as well be an algorithm, so every new movie that rises to the challenge faces heavier expectations. Booksmart, yet another buddy movie about one wild night at the end of high school, confronts these odds with a savage wit that never slows down.” 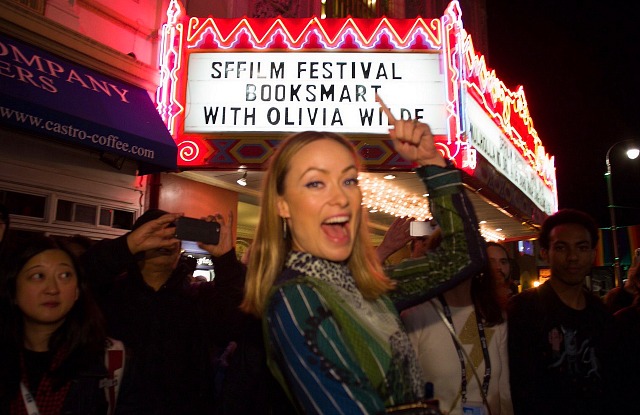 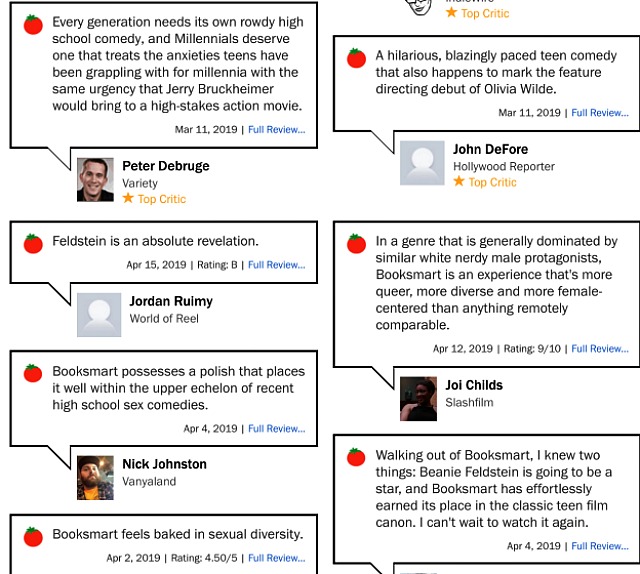 Two big reveals will happen tomorrow morning — the initial roster of 2019 Cannes Film Festival selections (probably without the Tarantino) plus the (heavily?) redacted Barr version of the Mueller Report. There will actually be two versions of the redacted special counsel report, with one being released to the public and one that will eventually go to a limited number of members of Congress with fewer redactions. Cannes first, and then Mueller. 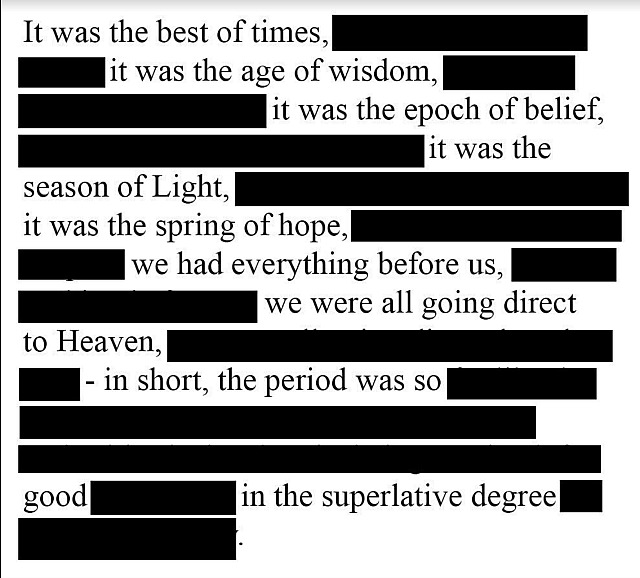 I feel a little funny about posting a Tucker Carlson excerpt (4.16), but no one else has spoken frankly about how the MSM has all but abandoned Beto O’Rourke over the last three weeks and moved over to Pete Buttigieg, the new squeeze.

Carlson: “How it must feel to be Beto right now? You’re running really hard for President, giving speech after speech every day, riding your skateboard for the camera. And then one day you wake up and discover that your one true love, the American news media, has called it off…they’ve left you for a younger, hotter candidate…went out for a pack of cigarettes and just never came home.”

HE take: Carlson isn’t wrong, but after everyone gets used to BUDDHA-judge and O’Rourke learns to refine his hand movements and sharpens his stump speech and especially after the debates begin in the fall, things will settle down and even out.

Four years ago I made a case for 1971 being one of the best movie years of all time. In June ’07 I presented a similar argument for 1962, which is easily at par with 1939. One could make an equally strong case for 2007. All to say that 1999 films, great and nourishing as they always will be, have been a tad overhyped over the last decade or so.

Brian Raftery‘s “Best. Movie. Year. Ever.: How 1999 Blew Up the Big Screen” (which went on sale two days ago) is the latest example of this.

My 1999 roster — Election, The Matrix, Fight Club, American Beauty, The Limey, The Sixth Sense, Magnolia, The Straight Story, The Cradle Will Rock, Run Lola Run, Any Given Sunday, The Hurricane, Three Kings, The Insider, Being John Malkovich, The Thin Red Line, Eyes Wide Shut, The Blair Witch Project, October Sky, Abrej Los Ojos and The Lovers on the Bridge — comes to 21, which is obviously stellar and significant.

But there are 25 films on my 2007 list — American Gangster, Before The Devil Knows You’re Dead, No Country for Old Men, Once, Superbad, Michael Clayton, There Will Be Blood, Things We Lost in the Fire, Zodiac, The Assassination of Jesse James by the Coward Robert Ford, Atonement, 4 Months, 3 Weeks, 2 Days, I’m Not There, Sicko, Eastern Promises, The Bourne Ultimatum, Control, The Orphanage, 28 Weeks Later, In The Valley of Elah, Ratatouille, Charlie Wilson’s War, The Darjeeling Limited, Knocked Up and Sweeney Todd. Just as strong as ’99, and perhaps a touch better. 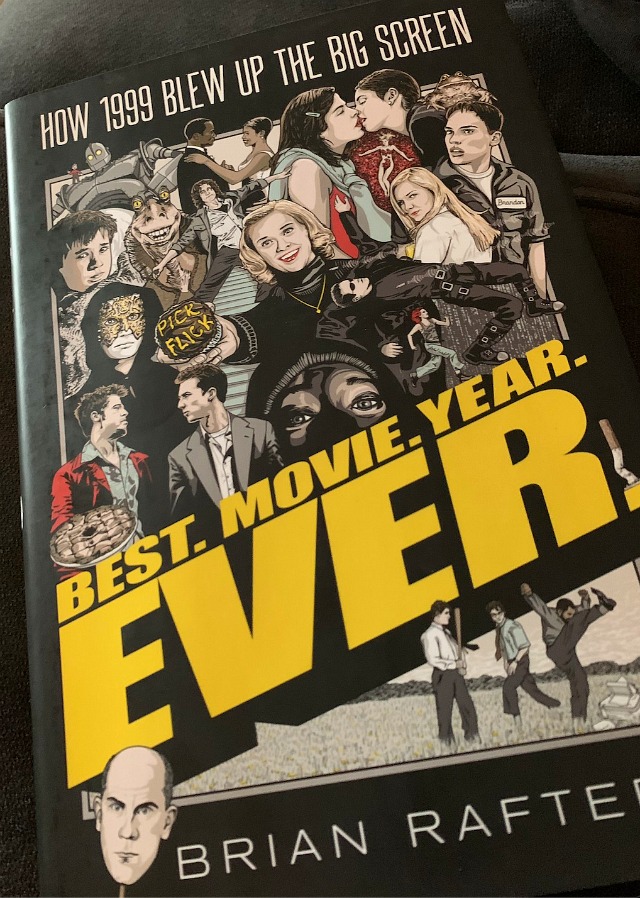 The pauses in this scene — the moments when De Niro just stares at Keitel with an expression that’s somewhere between morally appalled and oddly perplexed — are what make it interesting. Sometimes vague detections of what’s inside of a character are more gripping than watching that character let it all out. This plus the spiky flattop, checked shirt, white T-shirt, jeans and spit-shined brown leather boots.

If and when the 2020 Presidential race is between Donald Trump and Pete Buttigieg, homophobic jibes and smears will be liberally used. We know this — we know who and what Trump is. Two days ago on TMZ, Mayor Pete said he’s accustomed to being picked on, and that he’ll deal with it head-on before deftly changing the subject.

HE suggestion: BUDDHA-judge needs to grow his hair out a little bit — 1/2 inch, say. Right now it’s a little too crew-cutty, a little too Alfred El Neuman-y. 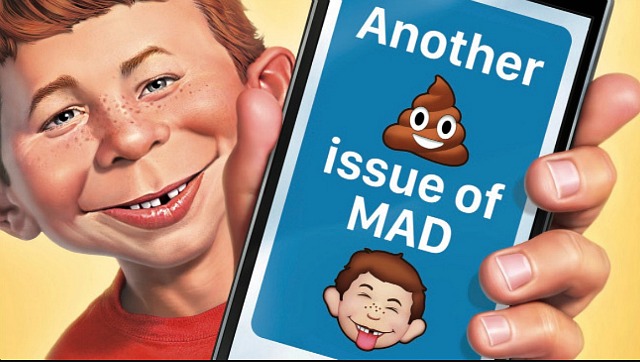