I don’t know whether to feel guilty or just accept that I’m a kind of 4K HDR peon, but lately I’ve been watching movies (1080p and 4K Bluray, HD streaming, DVDs) with the Sony XBR65X900F picture mode set to animation.

Animation doesn’t deliver any kind of motion-smoothing as far as I can tell. It certainly doesn’t deliver “motion-smoothing” as I’ve seen it before. But it does seem to add a certain extra-clear quality and a bit more smoothness in the action. It looks like a half-hearted cousin of motion smoothing while allowing a movie to retain a (polished) celluloid texture.

All I know that I recently watched my Bluray of Double Indemnity on my 4K Samsung Bluray and app player (which in itself delivers a 4K uprez effect), and I’ve never seen Billy Wilder‘s 1944 classic look this sockaroonie. I’ve seen it 15 or 20 times, and what I saw looked celluloid-based and natural as far as that 20th Century look goes, but the image also delivered a certain bumped-up clarity.

Posted on 9.12.18: “I’ve never watched a single film on my Sony 65″ HDR 4K TV with the ‘aid’ of motion-smoothing, which makes everything look overly fluid and video-tapey and generally removes the scrim-texture of film. But as appalling and repellent as motion-smoothing is, I’m strangely attracted to using it when watching old black-and-white films.

“There’s something hypnotic about watching, say, William Wellman‘s The Public Enemy, which I’ve seen several times since I was a kid, with the motion-smoothing effect. Shot 87 years ago, this rickety-feeling James Cagney gangster flick is a formally framed, somewhat squawky-sounding film for the most part, but with motion smoothing it feels (and I know I’m not supposed to say this) cleaner, fresher and less antiquated.” 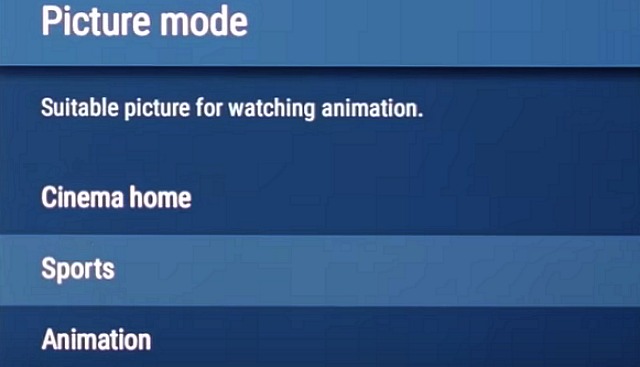 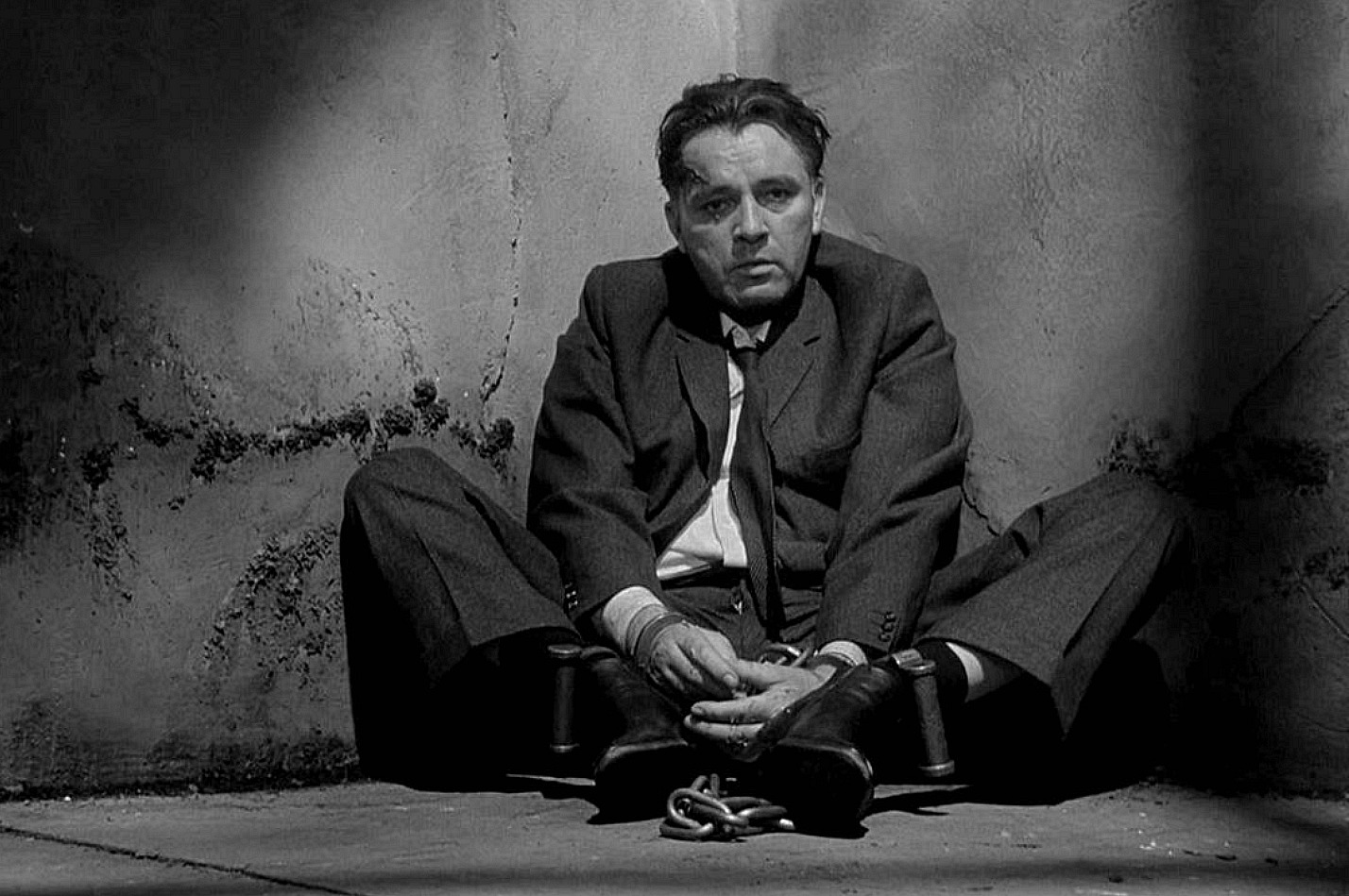 Hollywood Elsewhere humbly apologizes to Long Shot co-writer Liz Hannah for posting a crude and over-emphatic dismissal of this Seth Rogen-Jonathan Levine film yesterday. I’m not a fan of the film, but I expressed myself indelicately. I just blurted it out (which occasionally happens when the spigot is turned on 24/7) but within an hour I felt badly and deleted the tweet. Then I wrote a letter of apology to Hannah last night. I’m very sorry. As I noted yesterday, I greatly respect Hannah and Josh Singer’s work on The Post.

And thanks, by the way, to the shrieking scolds and fang-toothed twitter jackals who tried to make hay out of this. You’re all such wonderful fellows, in part because you’ve never once made a mistake. Salud!

I don’t like to see my movie heroes looking craggy and Gandalf-y. It reminds me that time and biology wait for no one, and that the next chapter after Gandalf or Gandalf-Plus is The Big Sleep, and that upsets me.

It’s comforting that Martin Scorsese and Robert De Niro sound sharp and canny (especially Marty), but one look and I’m thinking of “Rocking Chair“, that 1970 Band song. I’ll take these guys in any guise, but if I were Scorsese and De Niro I would want to simulate a state of being that is less in the way of the Debonair Social Club (the place where Joe Pesci met Tommy-the-gangster in Raging Bull) and more in the way of a ’70s Visconti film or that wealthy family in Luca Guadagnino‘s I Am Love.

Scorsese’s eye bags are the same eye bags that Victor McLaglen had in his 70s. I took one look and said “oh, shit.” If I were Marty I would get a get a subtle Prague touch-up (the kind that doesn’t look like anything) along with some follow-up collagen injections. If I were De Niro I wouldn’t wear old man comfort shoes but elegant Italian loafers. During public appearances, I mean. He can wear old man shoes to his heart’s content in private, but when he’s on stage he has to look slick and uptown. Less Mulberry Street, more Museum of Modern Art. Scorsese is doing it right, shoe-wise. Look at those babies.

You can laugh if you want, but I’ve been best friends with these guys since the early ’70s and I don’t want them to get any older. I want them to just stay the same from this point on and live forever. I can’t have that, of course. None of us can, including our Siamese cat, Anya. But the least they can do is pretend they’re 15 or 20 years younger, not just cosmetically and sartorially but in every way imaginable. They’ll feel better if they do, and so will I.

I can’t see Avengers: Endgame winning a Best Picture Oscar, but a nomination could happen, and I would understand why. Or at least I would, you know, acquiesce.

If the Academy could give a Best Picture Oscar to Peter Jackson‘s Return of the King (which was basically an “attaboy” for the financial success of the Rings trilogy), the same principle should fairly apply to the Big, Fat, Fleet and Well-Jiggered Finale of the Marvel Comic Universe series, which has been been chugging along for a full 11 years.

The fact that a serious MCU hater like myself found Endgame engaging and even gripping over the entire three hours…well, that ought to mean something. From the perspective of your average Academy voter, I mean.

Earlier today Alex Ross Perry, whose films I’ve mostly hated and who doesn’t write all that well, posted an essay to support this notion. Here’s a portion:

“To dismiss this Best Picture scenario as a reality is, to me, no different than being a person who, still in the spring of 2019, says ‘superhero movies boo’ and stubbornly refuses to engage with the absolute fact that we live in a world where the Avengers teaming up one final time — on the same weekend as the Battle of Winterfell -— is more culturally relevant, exciting and important than the World Series and Superbowl combined. If people haven’t accepted this by now, they are free to remain obstinate, I guess.

“I, for one, am thrilled to look ahead to a future where the NFL no longer exists and serious analysis of Star Wars, Marvel and whatever the next Game of Thrones might be takes a seat at the cultural table once reserved for the fading era when fully-grown adults would pore over sports statistics and post-game analysis.

“My dp Sean Price Williams was once asked if he ever was into sports. “Yeah, when I was a kid,” he replied. “Before I discovered important things. Like movies and comic books.”

If I was Perry I would have composed the beginning sentence of the fifth paragraph as follows: “To dismiss this Best Picture scenario as a reality is, to me, no different than being a person who, still in the spring of 2019, says ‘superhero movies can blow me.'” I’m sorry but “can blow me” sounds better than “boo.”

Eric Kohn: “How much is this Tarantino movie going to scratch that itch vs. everyone else?” Anne Thompson: “Tarantino gets to play around with [late ’60s] period…with Roman Polanski, Sharon Tate and the Manson murders…with Leonardo DiCaprio as a struggling TV actor and Brad Pitt in a supporting role [as a stuntman].” And blah blah.

4.19 HE re-posting of “Cliff Is The Guy”: “Somewhat curiously, Tarantino describes Booth as an ‘indestructible World War II hero’ and one of the ‘deadliest guys alive‘ who ‘could kill you with a spoon, a piece of paper, or a business card. Consequently, he is a rather Zen dude who is troubled by very little.’

“Okay, but how and why would an indestructible killing machine figure into a film that’s allegedly focused on hippy-dippy, head-in-the-clouds, peace-and-love-beads Hollywood? Why bring up killing at all when the 1969 Hollywood milieu was all about getting high and flashing the peace sign and reading passages from the Bhagavad Gita? Exactly — at a crucial moment Cliff will somehow go up against some folks who need to be corrected or otherwise interfered with — i.e., the Manson family.”

In ’94 or thereabouts 19 year-old Charlize Theron showed up at a Laurel Canyon home for a 9 pm meeting with a hot-shot producer. The producer was wearing pajamas, drinking, “muzak” on his sound system. And then he made a move. Theron: “He was a very big deal [back then], and he is still a big deal.” Eight years later, or sometime in ’02, she met this producer again for a job. “Nice to meet you,” he said, and Theron said “actually, we’ve met” and recounted the ’94 scenario. His producing partner was there and was “embarassed,” Theron recalls.

Who was a powerful producer 25 years ago, and is still a “very big deal”? The list can’t be that long.

31 Comments
Another “Biden Doesn’t Get It” Moment

From “Biden Thinks Trump Is the Problem, Not All Republicans — Other Democrats Disagree,” a 5.4 N.Y. Times story by Shane Goldmacher:

“[The Trump miasma] ‘is not the Republican Party,’ Joe Biden stated yesterday in Dubuque, citing his relationships with ‘my Republican friends in the House and Senate.’

“There is no disagreement among Democrats about the urgency of defeating Mr. Trump. But Mr. Biden’s singular focus on the president as the source of the nation’s ills, while extending an olive branch to Republicans, has exposed a significant fault line in the Democratic primary.

“Democrats, like Senators Bernie Sanders and Elizabeth Warren, see the president as a symptom of something deeper, both in a Republican Party overtaken by Trumpism and a nation cleaved by partisanship. Simply ousting Mr. Trump, they tell voters, is not enough.

“It’s a debate that goes beyond the policy differences separating a moderate like Mr. Biden from an insurgent like Mr. Sanders, elevating questions about whether the old rules of inside-the-Beltway governance still apply. And it has thrown into stark relief one of the fundamental questions facing the Democratic electorate: Do Democrats want a bipartisan deal-maker promising a return to normalcy, or a partisan warrior offering more transformative change?”

“Beto O’Rourke (D-Texas) defended fellow Democratic presidential contender Pete Buttigieg on Friday after the South Bend, Ind., mayor was confronted by hecklers [shouting] anti-gay messages. O’Rourke, a former Texas Senate candidate, wrote on Twitter that (a) his home state doesn’t “stand for this kind of homophobia and hatred” and (b) “Mayor Pete, we are grateful you came to Texas and hope to see you and Chasten back again soon.”