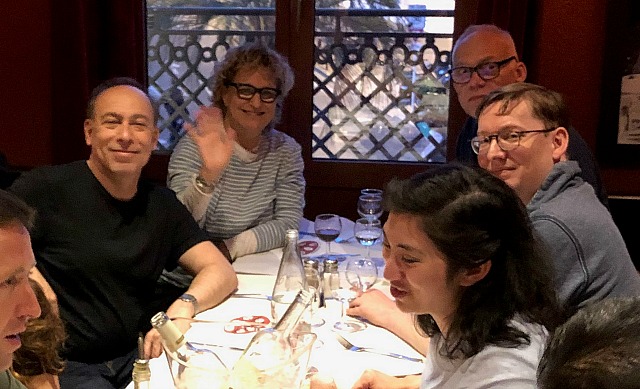 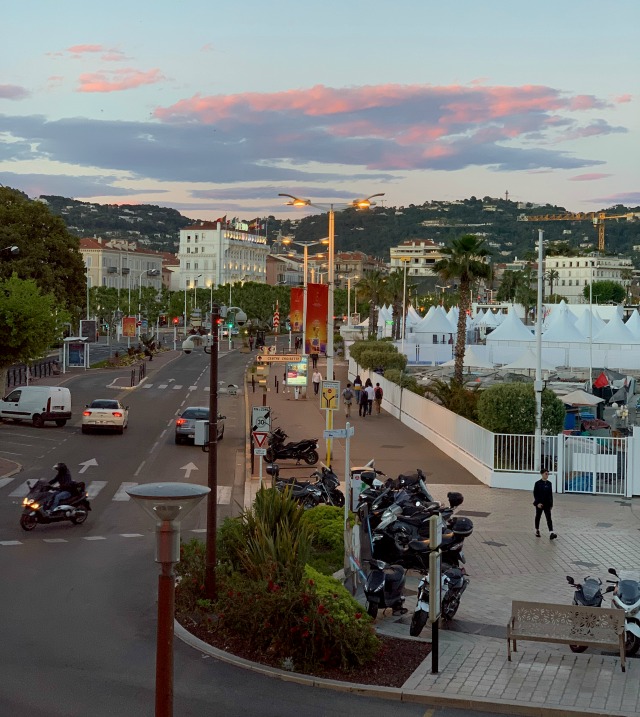 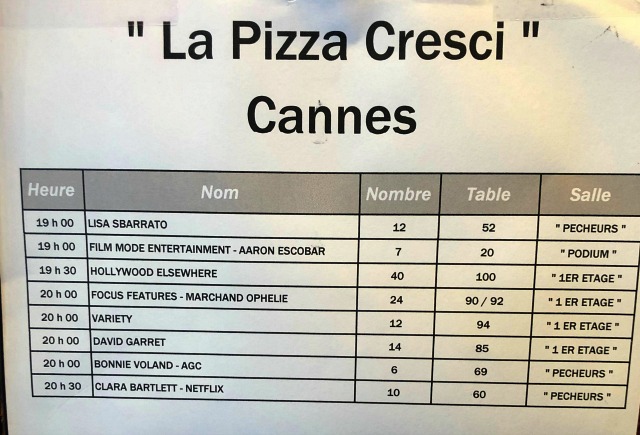 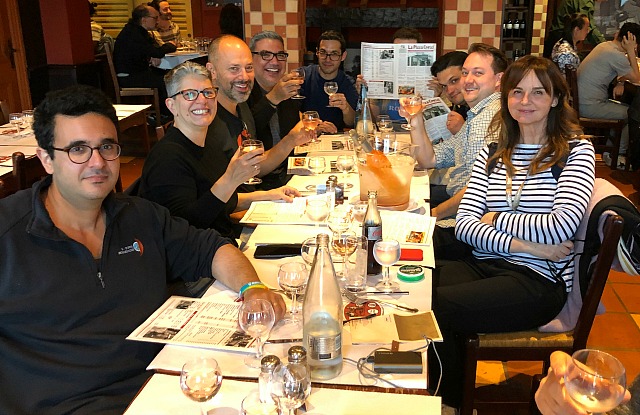 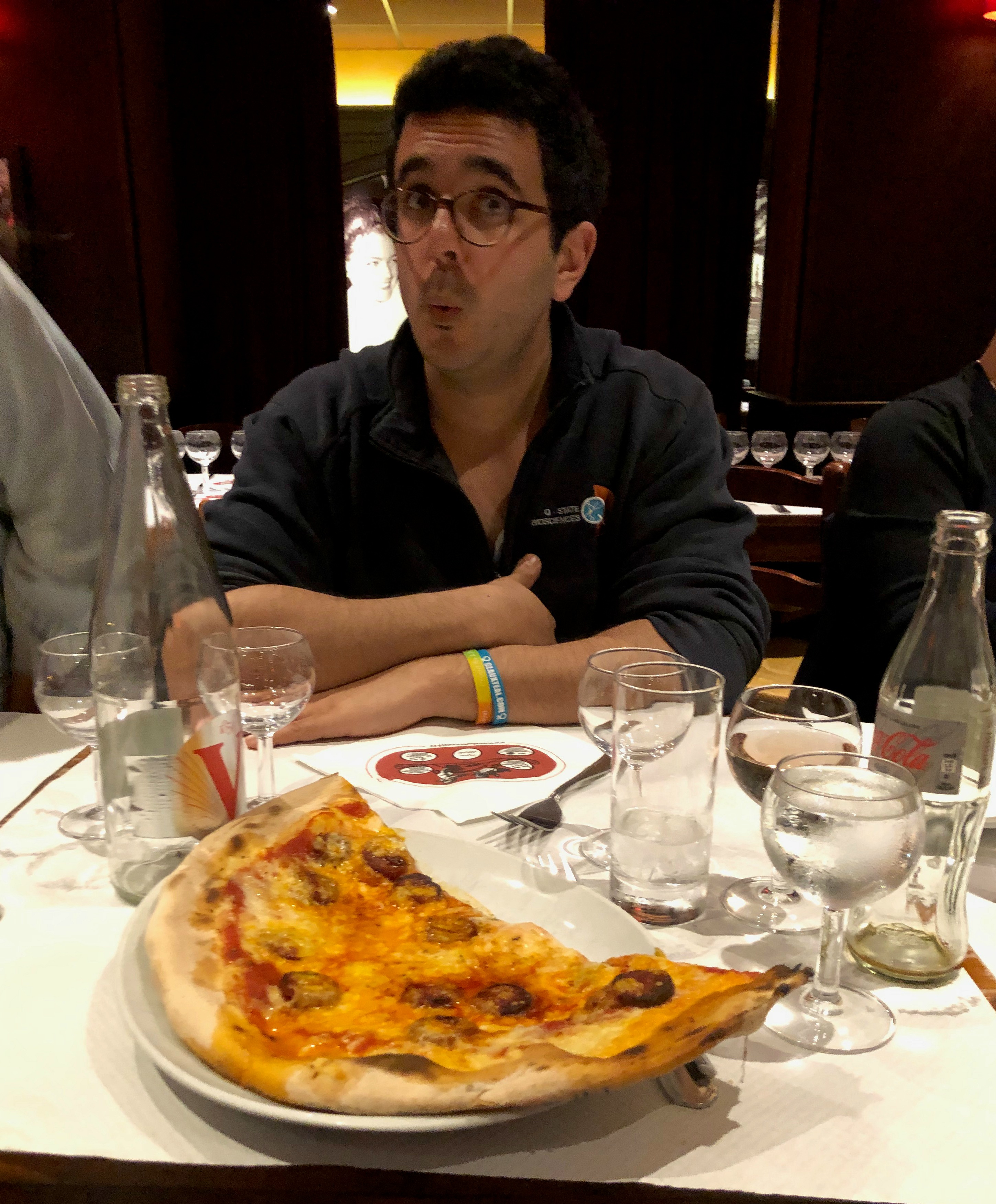 I caught Joe Berlinger‘s Extremely Wicked, Shockingly Evil and Vile last week. The reason I didn’t feel moved to post anything is that I was impressed as far as it went, but the only element that really got me was Zac Efron‘s icy, understated portrayal of serial killer Ted Bundy.

It’s a straightforward, well-measured, non-emphatic portrait of a fiend, drawn from the point of view of Bundy’s onetime girlfriend Elizabeth Kendall (Lily Collins). The source is Kendall’s book “The Phantom Prince: My Life with Ted Bundy“. Kudos to screenwriter Michael Werwie for pruning it down just so.

I was never bored, irked or irritated, but it’s obviously and necessarily an alienating thing to sit through, and the whole time I was telling myself “this is fairly decent but I can’t say I’m enjoying it, and how could I?”

Efron is fascinating. Before this his best performance was in Me and Orson Welles, but this is much stronger for its subtlety. He’s playing an extremely scary guy without overtly signalling full-monster vibes. Well, he does but with dozens of little darting, brush-flick ways.

What other films contain a top-notch lead performance while otherwise making you wish they would end soon?

Hollywood Elsewhere hasn’t seen Mike Dougherty‘s Fat Godzilla (Warner Bros, 5.19) and I’m pretty much determined to excuse myself until it streams, but I strongly disagree with Steve Weintraub’s praise on principle. More doesn’t mean better. I’ll always prefer a monster film that invests in hints of things to come rather than one that pushes it all in your face.

From my 5.10.14 review of Gareth Edwards‘ Godzilla: “I liked the fact that Edwards tones Godzilla down for most of its running time. Over and over he uses suggestion — visual and aural hints and implications — instead of blatant show-and-tells. He deserves admiration for delaying Godzilla’s first big MCU roar until the two-thirds mark and also holding back on the trademark fire-breathing until the big super-finale, in which San Francisco gets it but good.” 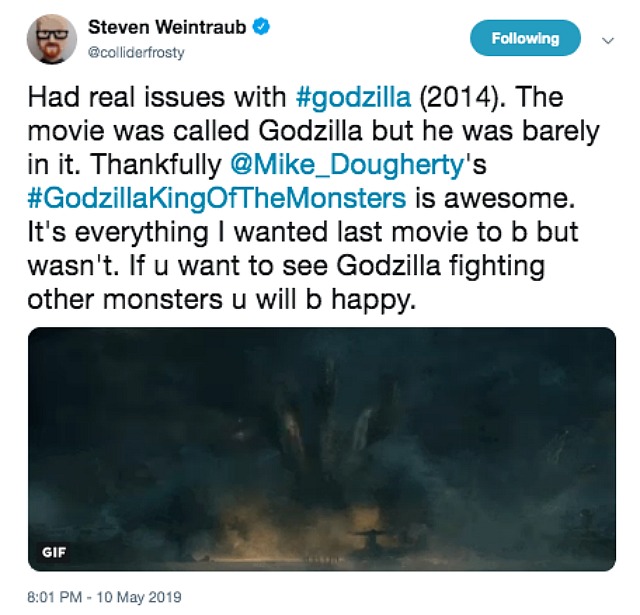 Amidst the general dissatisfaction with last night’s Game of Thrones episode (“The Bells“), an assessment by Giant Bomb associate producer and Brooklyn-based comedian Abby Russell stands out. HE commentariat remarks are hereby requested. 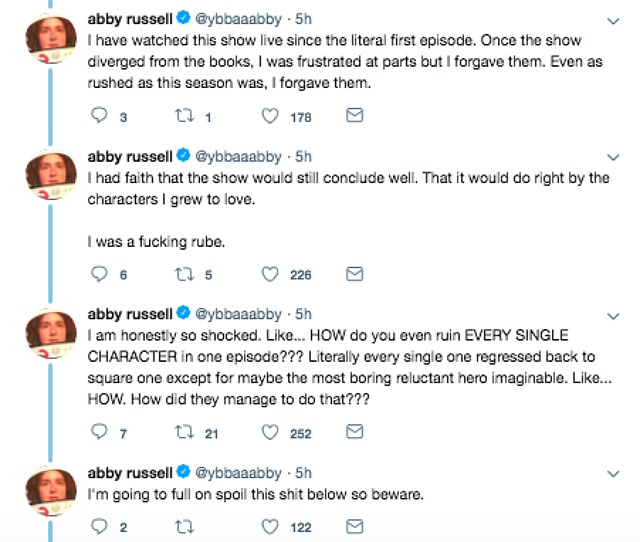 “People like you must create, otherwise you become a menace to society.”

The last trailer for the endlessly bumped Where’d You Go, Bernadette didn’t mention director Richard Linklater. The newbie doesn’t state his name either, but at least it acknowledges it’s “from the director of Boyhood and School of Rock.”

The Annapurna film, which stars Cate Blanchett, Billy Crudup, Emma Nelson, Kristen Wiig, Judy Greer and James Urbaniak and has been described as a “mystery comedy-drama”, opens on August 9th.

The grand unfurling happened yesterday morning. Around this time Hollywood Elsewhere was half-sleeping as a Norwegian Airlines 787 flew over the North Sea. Video posted last night by Reuters.