I wouldn’t want to go out on a shaky limb, but given that 93% of Chicago’s South Side population is African American, I’d say Mayor Pete has nothing to worry about. Seriously, look at this.

This is the crowd for a Pete Buttigieg event on the South Side of Chicago. 🧐 pic.twitter.com/nZpvreRea8 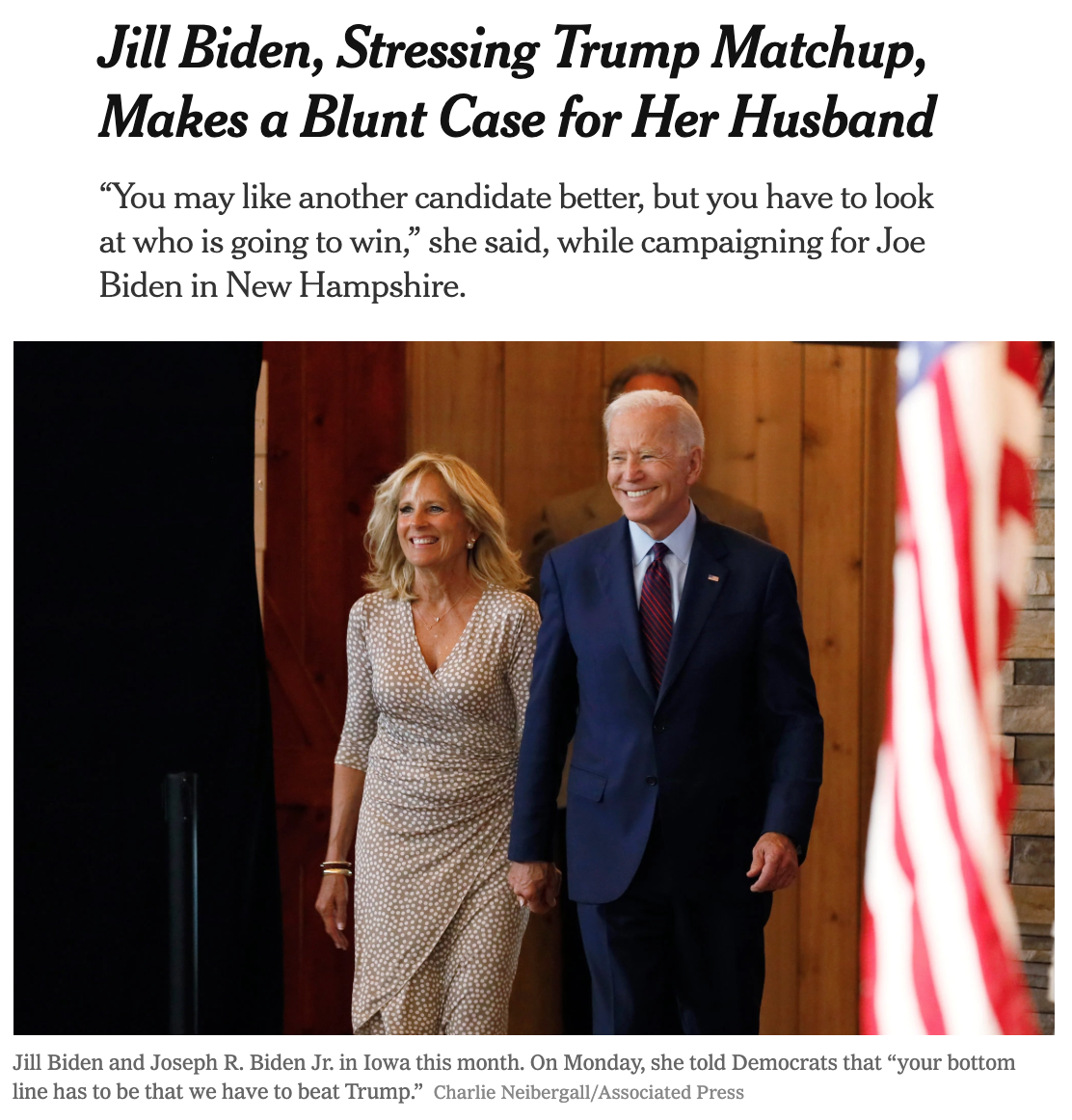 Originally posted on 9.10.14, or midway through the second term of the Obama administration: “When I reach out for a handshake, there’s a little part of me that dreads the possibility of clasping a damp clammy hand. I’m thinking about this because I shook a really sweaty one last night. Outwardly I didn’t react in the slightest but inwardly I shuddered like a candy-ass. It’s like shaking hands with an eel with a fever or some kind of jellyfish or something. It’s worse when the clammy hand is cool but warm and slithery runs a close second.

Please, God…let the next hand be dry and crisp like mine. Aahh, that was great. Okay, here comes another one…terrific, nice and dry. Another one…aagghh, an eel!

Some people just have this condition. A glandular thing. If I was a clammy-hand type I’d avoid handshakes. I’d clasp people by their wrists and quickly pat the tops of their hands or give them a comradely poke in the shoulder. Confession: I had slightly sweaty hands when I was a kid but I grew past it. I love that my hands are currently dry at all times, and I mean like sandpaper. Okay, the inner palms contain a hint of dampness but only that.

10 Comments
“She’s Been Weinsteining Me!”

During the 2010 Sundance Film Festival I was half-appalled and half-delighted by Chris Morris‘ Four Lions, a black comedy about group of British Muslim jihadi martyrs. That film was co-written by Morris, Jesse Armstrong and Sam Bain. Bain is the sole author of the screenplay for Patrick Brice‘s Corporate Animals (Screen Media Films, 9.20). I’m also impressed by the cannibalism aspect as well as the use of “Weinstein” as a verb.

“Corporate Animals is a character sketch in search of a plot,” wrote Variety‘s Amy Nicholson. “In the first act, fatuous guide Brandon (Ed Helms) gets the gang trapped in an underground cavern large enough for people to slink off to the bathroom or seduce each other behind a rock. Even before the first person gets filleted, we’re grateful the film isn’t in Smell-O-Vision.

“Yet most of the brutality is verbal. There’s a gleeful shiver when the employees finally feel free to speak their minds. Who cares about getting fired when one employee is writing a will to clarify who gets to eat her butt cheek? Given the lack of narrative options once the group is stuck passively waiting for rescue, attacking each other is the only way to pass the time.”

Three days ago Guy Trebay posted a N.Y Times “Critics Notebook” piece called “Naked Came the Strangers.” Without delving too much into the ins and outs of the article (which is subtitled “How our nudes have changed in the last 50 years”), please consider a portion of the seventh paragraph.

“In 1969, Americans were, it would appear, much thinner — men and women equally,” Trebay writes. “As it happens, this superficial impression is borne out by the available data, since in 1971 the average 19-year-old man weighed just 159.7 pounds, according to figures compiled by the National Center for Health Statistics, and the average woman 131.”

Given the “Americans were much thinner” line, you’d think Trebay would follow this up with statistics about how much heavier the average 19 or 20-year-old is today. But he avoids such comparisons.

The reason, I’m guessing, is that N.Y. Times editors wouldn’t want to offer an impression that the paper is taking any sort of dim view of the average weight of today’s young Americans, as that might constitute an oblique form of fat-shaming.

And so Trebay runs for cover by stating an obvious, uncontested fact — that older people are heavier than their younger selves. “A hippie now at Woodstock 50 — if such existed and if a planned anniversary concert had not fallen apart — would have added an additional 14 pounds to his frame and a woman another 20,” he states. (When Trebay says “a hippie at Woodstock 50”, he obviously means an old hippie as young hippies don’t exist outside of Deadheads.)

My reading of that meter tells me that many older guys (55-plus) are a lot more than 14 or 15 pounds heavier than their 19 year-old selves. Try 25 or 30 pounds heavier, and I’ve seen a lot worse.

Last December a National Health Statistics Reports PDF stated that “the average American man between 20 and 39 years [of age] weighs 197.9 pounds, and that the average waist circumference is 40.2 inches, and the average height is just over 5 feet 9 inches (about 69.1 inches) tall.” 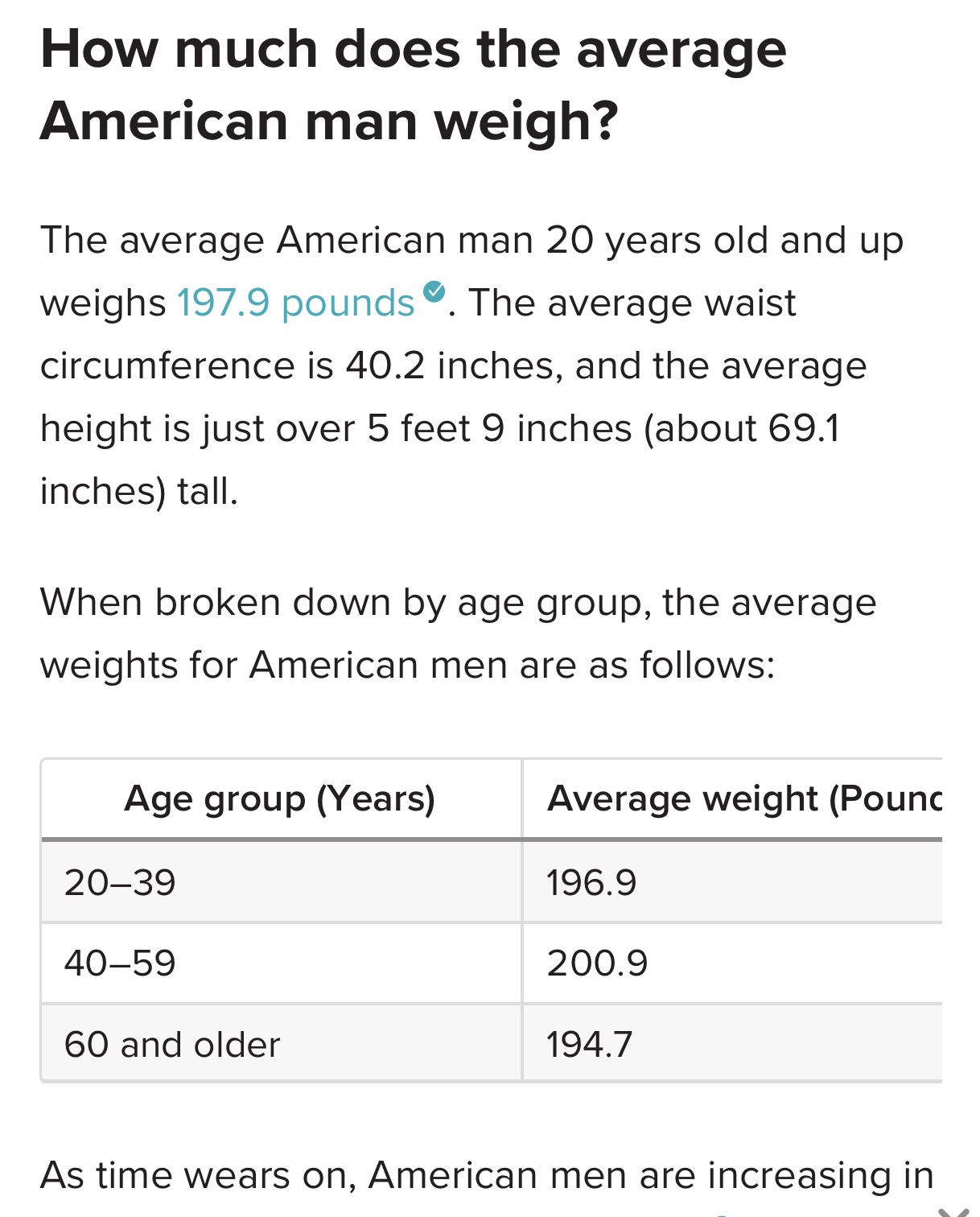 A couple of weeks ago I said I was looking forward Pedro Almodovar‘s Pain and Glory for the second time at the Telluride Film Festival. Because Almodovar’s films are always worth a second look. And who knows — maybe I’ll come away with a greater degree of enthusiasm this time. Antonio Banderas won the Cannes Film festival’s Best Actor prize, after all. Respect must be paid.

Well, I wound up seeing it for the second time last week, and it played a lot stronger. I felt a certain delicacy and poignance from the film that somehow didn’t penetrate as much in Cannes. A richer, sadder, more particular meditation. Especially the scenes with Penelope Cruz, who plays the mother of Antonio Banderas‘ Salvador Mallo character, and Julieta Serrano, who plays a 70something version of Cruz. My Cannes reaction was positive but qualified — respectful but somewhat muted. This was partly due, I think, to being exhausted by the 16-hour days. I was rested and ready when I saw it four or five days ago, and it made all the difference.

Fatigue gets in the way of a lot of things, if you’re not careful. 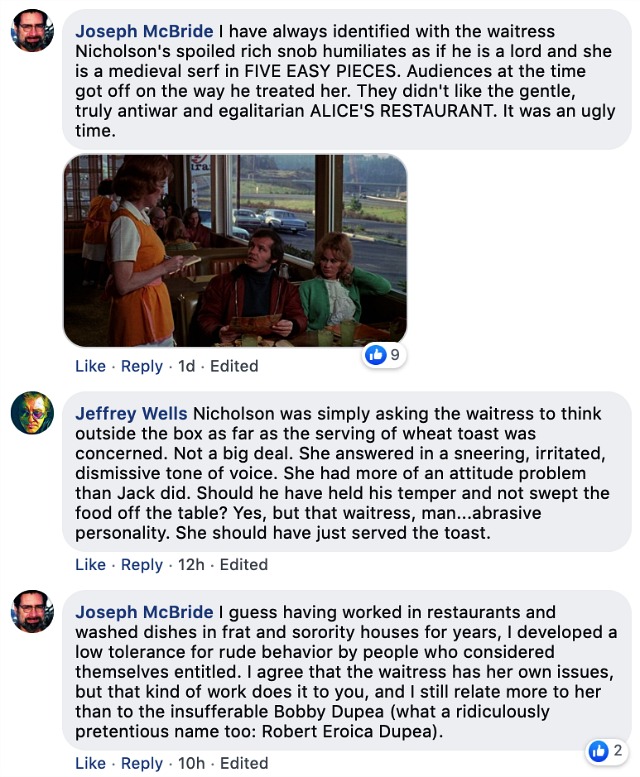 I don’t know what to do with this. It’s pretty much all one color. I would love to see a Rambo movie that’s as good as Tony Scott’s Man on Fire (’04)…impossible. Or as good as the 37-year-old First Blood, or at least as good as the first 60 or 70 minutes’ worth.

The working-for-Trump experience “is sort of, to me, bizarre, but I’m not a psychiatrist so I can’t diagnose it. But everyone goes through the same [experience]. They’re trying to figure out a way to like him. There’s a gregariousness and a charm to his personality so you attach to those things. And then you realize there’s a level of malignancy, and by the time you get there it’s a little bit too late because there are a lot of brush fires going on. [If unchecked, the Trump effect] will essentially be non-recoverable. It’s one thing to have a recession. That is a bone break. But it’s another thing to rip up the social fabric of the United States. That’s a full-on metastatic malignancy, and it may terminate [the] patient. This guy is causing a major amount of damage to the country.” — Anthony Scaramucci interview on CSPAN, 8.19.19. 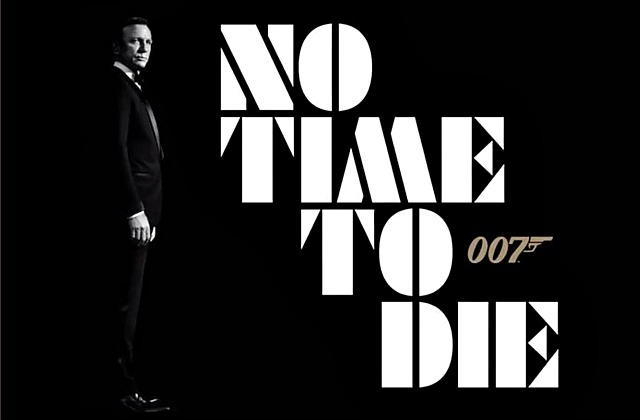 What’s the first association when I think of antlers, above and beyond moose, elk and bucks of the forest? Those creepy stick-branch-and-twine sculptures in the first season of True Detective, which foretold the realm of Carcosa and the whole “Yellow King” thing. So right away “antlers” connotes nightmare stuff.

Scott Cooper and Guillermo del Toro‘s Antlers (Fox Searchlight) is co-written by Nick Antosca and C. Henry Chaisson, and based on Antosca’s short story “The Quiet Boy,” which appeared online seven months ago.

Cooper detouring into horror is a little surprising, but Jonathan Demme went there and look what happened. Cooper and Del Toro are both gifted, extra-measure filmmakers so here’s hoping.

And those words are “we need to talk.” Not once in my life! Because they’re a code phrase, for openers. They don’t mean “we need to talk.” They mean “I’ve had it up to here with your selfishness and evasions and procrastinating bullshit, and so we need to figure something out because I don’t know how much more of this I can take.” That’s what “we need to talk” means.

It means “I’m losing patience with your lack of progress…you’re not improving according to my plan.” It means “are you gonna shape up? ‘Cause if you don’t I’m thinking of shipping out.” It means “you, sir, have been fucking up, and so ch-ch-ch-ch-ch-changes or else…incoming!”

Like anyone else I have my issues, but in the matter of relationships rule #1 has always been “whatevs, turn the other cheek, let it go, don’t pick fights, no ultimatums.” Which essentially means arguments are over-rated, fly under the radar, do your best, keep the gas tank filled, clean up, buy a good vacuum cleaner and take the garbage out before going to bed.

Reactions? To the trailer, I mean.