Dolittle is set in the Victorian era — the late 1860s, 1870s or 1880s. The underwater sea-diving suit worn by Robert Downey, Jr.‘s Dr. John Dolittle is the same model worn by Kirk Douglas‘s Ned land in 20,000 Leagues Under The Sea. What if Downey’s Dolittle and Sherlock Holmes characters were to somehow join up and pool forces with Land, and all three were to hitch a ride on the Nautilus under James Mason‘s Captain Nemo? The only difference being that Nemo’s crew would consist of several talking animals instead of Robert J. Wilke and the others. Plus two or three kids. Then they’d run into the animatronic giant squid, etc. And then the big climax with fearsome, fire-breathing dragon.

A scene in a film is only as effective as the worst (i.e. hammiest) actor in it. In this instance, James Cagney and Edward Woods are invested in the moment, awed by their new guns, behaving within the bounds of realism. The leering guy in the middle is the problem. He’s “acting” and therefore ruining the suspension of disbelief. Such men are dangerous. 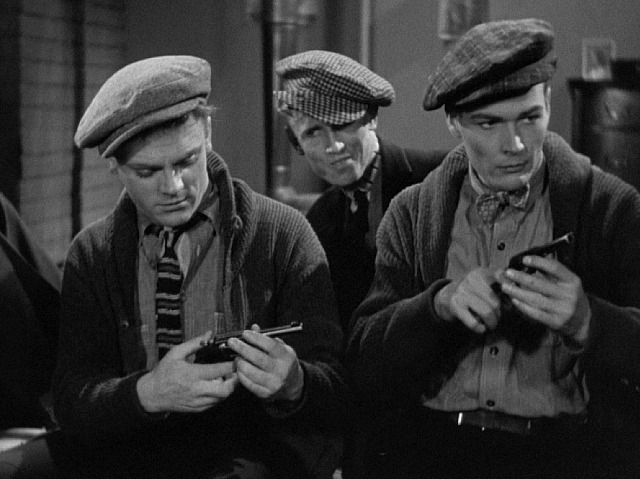 I flipped out today when I saw poster art for Fletch Lives on Nick’s page. I said something like “Jesus, you guys are really living in your own universe. Every now and then you might want to come up for some air.” 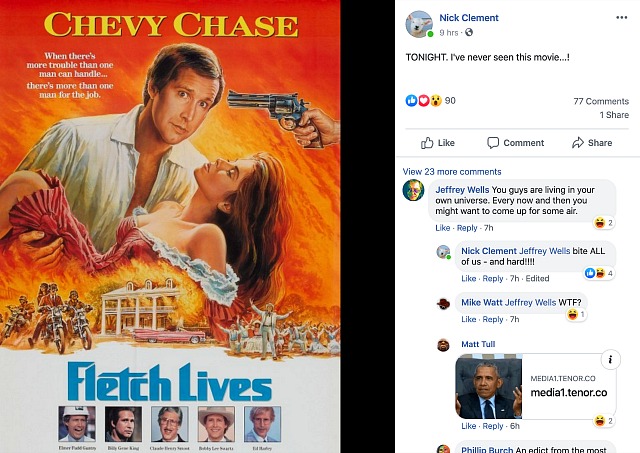 “By the end of his first year of office, JFK had begun to establish his credibility as a world leader. His leadership style had matured as he acquired insights into the realities of the nation’s highest office. It was that growth that prompted Time to name him 1961’s Man of the Year and to commission this cover portrait from Italian painter Pietro Annigoni. When Annigoni went to the White House to sketch Kennedy, he was struck by the president’s pensive, often somber demeanor, and it was this side of Kennedy that the artist decided to capture. Many readers of Time detested the final portrait, including the president himself.” — Smithsonian National Portrait Gallery. (Time cover, January 5, 1962.) 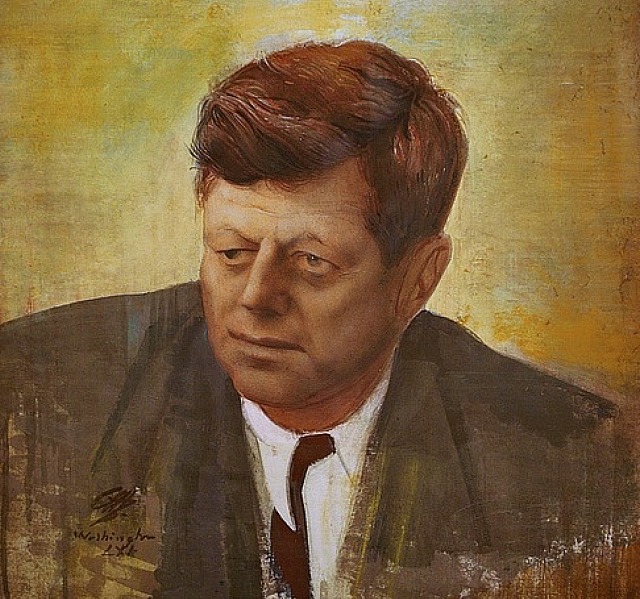 Last year the National Society of Film Critics gave The Rider, a moderately stirring but dramatically unsatisfying film, their Best Picture award. You therefore have to contemplate this year’s winners with at least a pinch or two of salt.

Do you want to know why Place (also winner of LAFCA’s Best Actress Award) hasn’t been nominated for a Best Actress award by the HFPA (Golden Globes), and most likely won’t land a covered Best Actress Oscar nomination? Money. IFC Films long ago decided against bankrolling an Oscar campaign on Place’s behalf, and this is what happens when you make that call. And Place gave the best female performance of the year.

We all knew the NSFC would give Parasite their Best Picture award. Incessant political pressure from the pro-Little Women lobby finally bore fruit with the NSFC giving its Best Director award to Greta Gerwig. Once Upon A Time in Hollywood‘s Brad Pitt and Marriage Story‘s Laura Dern won Best Supporting Actor and Actress.

Here’s what I’m vaguely sensing or at least preferring…

Last night Tatyana and I attended an A-plus Parasite party at the Sunset Tower hotel. Crowded but not oppressively so, and attended by some of the coolest creatives in town — Guillermo del Toro (who officially co-hosted with Colleen Camp), Leonardo DiCaprio, Noah Baumbach, Laura Dern, Michael Mann, HE’s own Phillip Noyce and Vuyo Dasi, Portrait of a Lady on Fire‘s Adele Haenel and Noemie Merlant, Jay Roach, Eli Roth, Lukas Haas, Kevin Bacon, Show Me What You’ve Got‘s Svetlana Cvetko, Dolemite In My Name‘s Larry Karaszewski, Knives Out producer Ram Bergman — along with the usual industry-journo crowd. Plus a lavish buffet supper, etc. The coolest gathering in town.

Hardly anyone wore whitesides, and I was checking, believe me.

There was such a feeling of “this is the place, these are the people, this is the film” that it began to hit me that Parasite, a richly cinematic, very incisive serving of social portraiture that is nonetheless hampered by ludicrous plot turns in the second half, might win the Best Picture Oscar. You can always sense a favorite when everyone comes to the favorite’s party. Everyone wants to be chummy and hair-mussy with the perceived winner in whatever realm. It’s just human nature.

I’m trying to deal with this curious premonition like a mature adult, but there’s a little part of me that’s going “please, God…no.” I’ve been calculating all along that Bong Joon-ho‘s film (his finest ever) would take the Best International Feature Oscar without breaking a sweat, but it can’t win that plus the Best Picture Oscar…can it?

The most exciting and pleasing moment of the evening was when I went over to Adele Haenel and…well, behaved like a typical adoring fan, complimenting her Lady on Fire performance and telling her I’ve seen it three times (in Cannes last May, twice in Los Angeles) and chit-chatting about this and that.

The second most pleasing moment was hearing from journalist pally Bill Desowitz that “many” people he’s spoken to feel the same way about Parasite as I do — i.e., Bong’s best, very commendable but calm down.

Yes, I know — Vertigo‘s second-half plotting is just as ludicrous. But it ends so magnificently. Scott looking down from the bell tower, his hands outstretched, cured of his phobia, Madeline gone.

I’m not trying to fight city hall. If the Best Picture Oscar has Parasite‘s name on it, so be it. I won’t be angry or upset about this exactly, although I will feel disappointed. The Irishman is the best film of the year, hands down. I know it, the Godz know it, many people out there know it, and history will verify. 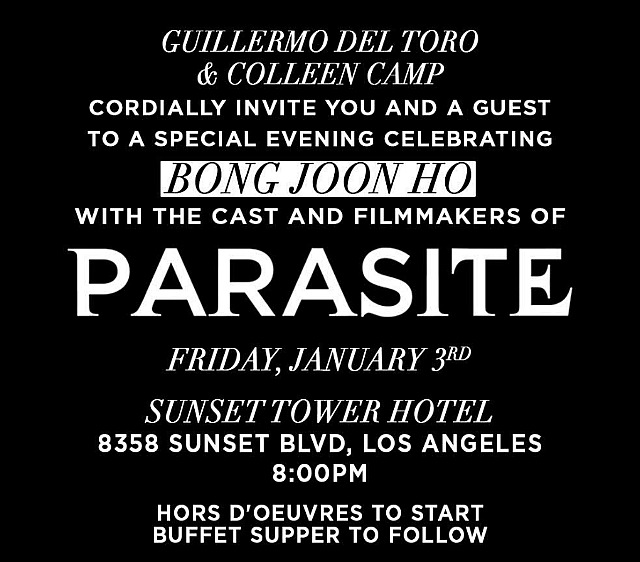