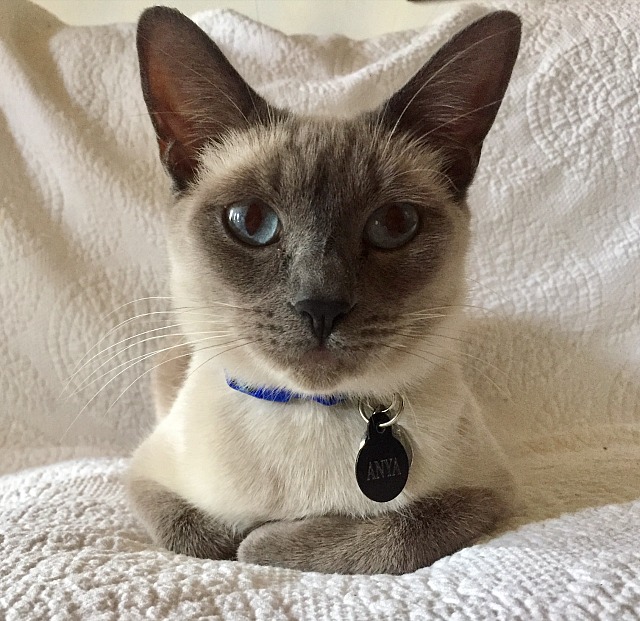 This scene between Kirk Douglas and Adolphe Menjou in Paths of Glory is great because of two things that aren’t quite right. One, the fact that Douglas barely has the air to finish “and you can go to hell before I apologize to you now or ever again!” (an acting no-no) makes it even better than if he hadn’t run out of breath. And two, Menjou completely blows his line by saying “Colonel Dax, you will apologize at once or I shall be placed under arrest.” And yet Kubrick used it anyway. Until this moment nobody ever said boo.

This aside, Douglas’s delivery of the line “I may be many things but I’m not your boy” may be the finest acting moment of his career. He does it perfectly with the look of revulsion honed to a T.

A special screening of Paths of Glory happened in the Arclight a couple of nights ago. I ducked in at the very end and there were maybe 40 people seated.

You can sense something a tiny bit rote from this trailer for The Burnt Orange Heresy (Sony Pictures Classics, 3.6). A seemingly refined, intelligent, cynical thriller of sorts, but the crickets are calling it a half-and-halfer. Then again I’m a total sucker for Italy’s lake district. The last time I was there was in ’03, when the boys and I visited the Locarno Film Festival. Dripping, sweltering heat.

Posted by THR‘s Boyd van Hoeij on 9.8.19: “A spiky romance laced with art-history references and the trappings of a sleekly elegant neo-noir, The Burnt Orange Heresy is a mutt of sorts but no less a pleasure to spend some time with — even if petting it might not be advisable.

“This classy adaptation of Charles Willeford’s best noir novel, originally published in 1971, changes the location from the Everglades to the shores of Lake Como, where a European art critic and his American weekend fling visit a rich collector and meet the hermit artist who lives on his estate.”

I hate to say this, but Mick Jagger seems a tiny bit…I’m reluctant to say it. I’ve chatted with him once or twice and realize that he’s no strapping six footer, but even so he seems a bit shorter and older in this. Is that fair to say? Or am I projecting on some level? We all get older, we all change. I don’t know why I just wrote this.

I won’t see The Burnt Orange Heresy for another two and a half weeks. A 3.2 screening at Hollywood’s Linwood Dunn theatre followed by a post-screening reception with The Square‘s Claes Bang, six-foot-three Elizabeth Debicki and director Giuseppe Capotondi.

Partly for the crime of handing out 12 Cesar nominations to Roman Polanski‘s An Officer and a Spy, and partly for insufficient nursing of political ties with feminist or #MeToo-supporting filmmakers, the Cesar Academy has announced its intention to resign following the 45th Cesar Award telecast on 2.28.

Variety excerpt: “In recent weeks, the Cesar Awards have been faced with mounting pressure within the French film industry and threats of a boycott. Many industry executives have highlighted a lack of gender parity, diversity and transparency within the Cesar’s voting body, as well as within the academy itself. [On top of which] Alain Terzian, a French producer who presides both the Association for the Promotion of Cinema and the Cesar Academy, is also expected to resign.”

Translation: The French film industry’s new guard has banded together to throw out the old guard over sensitivity and gender equality issues — i.e., being blind to or resisting present-day values. Or, put another way, a failure to (a) embrace woke-think and woke-speak and (b) to allow the industry to have more of a democratic participation in the organization.

Which is all well and good but don’t kid yourself — if it hadn’t been for the 12 nominations handed out to An Officer and a Spy, this shakeup probably wouldn’t have happened.

A petition to overhaul the awards, which was unveiled on Tuesday in the newspaper Le Monde, was signed by 400 industry notables including actors Lea Seydoux and Omar Sy, directors Michel Hazanavicius, Eric Toledano, Jacques Audiard, Arnaud Desplechin and Olivier Nakache, and producer Said Ben Said.

Petition excerpt: “The Cesar Academy comprises 4700 members…but as members, we don’t have a say when it comes to the functioning of the Academy…or the actual ceremony.”

Chinatown is properly regarded as one of the most historically fastidious period films ever made, and yet there’s one small blunder at the end of the Mar Vista rest home scene. As Jake Gittes climbs onto the running board of Evelyn Mulray’s moving convertible as “the midget” pulls a gun and fires, you can spot a ’60s or ’70s-era white car driving along a boulevard in the dusky distance, 70 or 80 yards away.

And so, following my usual inclinations, I asked Koch if he knew of any insignificant errors aside from this one. He questioned the white car claim — i.e., “Are you sure? Then I didn’t do my job.” By all accounts Koch did a splendid job. Little errors like this happen all the time. (My initial posting of the white car photo happened a couple of years ago.) 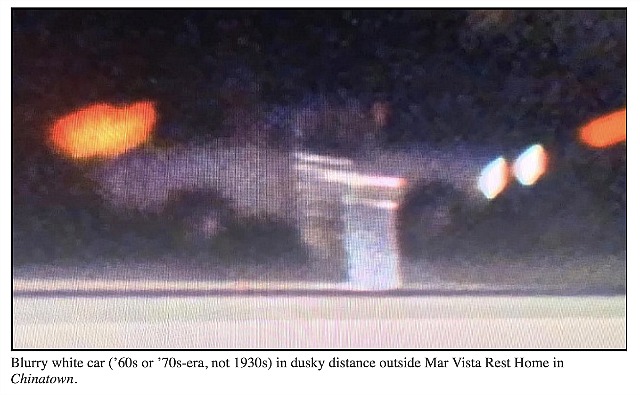 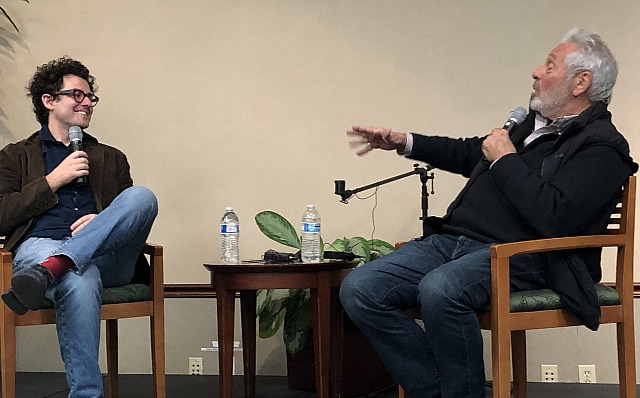