From 1957 to ’66 the televized Perry Mason (played by Raymond Burr) was a wealthy, brilliant, barrel-chested attorney who was always a step or two ahead of everyone (especially William Talman and Ray Collins), and never lost a case when it went to court. Which was every damn time. Mason never settled or struck a pre-trial accommodation with anyone.

A new adaptation of Erle Stanley Gardner‘s paperback franchise is set in 1932 Los Angeles and features a grimy, hand-to-mouth shamus (played by Matthew Rhys) who might have been competitive with J.J. Gittes.

Boilerplate: “While the rest of the country recovers from the Great Depression, Los Angeles is booming! Oil, Olympic games, talking pictures, evangelical fervor, etc. And a child kidnapping gone very, very wrong! [This] limited series follows the origins of American Fiction’s most legendary criminal defense lawyer, Perry Mason. When the case of the decade breaks down his door, Mason’s relentless pursuit of the truth reveals a fractured city and just maybe, a pathway to redemption for himself.”

Word around the campfire is that the 2020 Telluride Film Festival might begin a day early, or on Thursday, 9.3. Maybe. Who knows?

Journo pally: Okay but do you really think Telluride can happen in early September?

HE: Sure! Actually, I don’t know. I suspect it will. Maybe they’ll hand out special blue-tinted passes to people who’ve been tested 15 to 20 days before arriving. You’ll have to send the certificate a week or two before it begins. The tested people will be allowed to congregate. The second-class festivalgoers (those who haven’t been tested) will have to maintain the usual distances and sit two seats apart. Plus no feeds or parties to speak of.

HE: The curve will be totally flat by August, most likely. Perhaps even by mid to late July. Yes, the virus will resurge whack-a-mole style, but Telluride people are not high-risk types for the most part. Healthier, smarter, better educated, wealthier (except for the journalists), more conscientious, better diets, no obesity to speak of. The odds of the 2020 Telluride Film Festival being turned into a catastrophic coronavirus pigfuck are not high.

Journo pally: I do hope that scenario proves more or less accurate. I’m not as convinced as you, but if that’s the way it happens, I think we’ll be fine.

HE: You’re saying in a very gentle way that I don’t really know anything. Which is true, of course. But I need to believe in this. I need to be believe in a future that includes a little bit of open-air happiness and fraternity and the return of films screened in theatres. 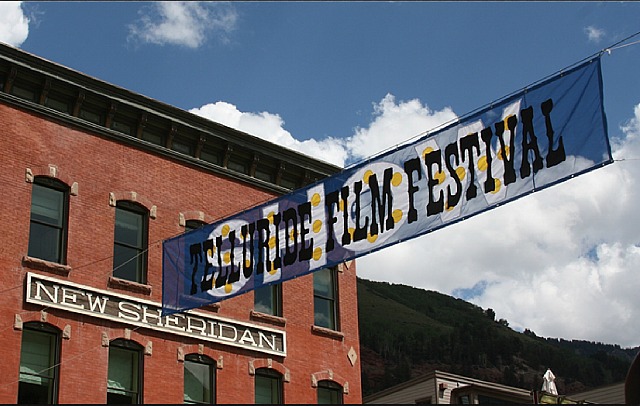 I had an odd dream this morning. I was attending an Oscar-related party in a large, elegant pre-war home in Los Angeles. Probably taking place in the past as social congregating was rampant. Amber light, magic hour, probably in mid-summer. I recognized exactly one fellow journalist (Michael Musto) but otherwise I might as well have been in rural Oregon or Utah. Stag, sans Tatiana…no idea why.

I was standing near a fireplace when a gray-haired guy and his wife said hello. He was a dentist, he casually mentioned, and in fact had performed some dental work on me a year or so ago. I didn’t want to be impolite but he had to be mistaking me for someone else. And, he added, I hadn’t fully paid my bill. That startled me. I suddenly realized I had in fact been to his office and somehow forgotten. I apologized and said I’d PayPal him the balance. “What’s your email?” I asked. “You have it,” he said, although he wouldn’t say his name.

I sat down on a couch in a shaded sunporch area, and laid my head back and closed my eyes. Seconds later I nodded off. I awoke some time later and noticed it was still fairly light out and that the same people were milling around. I looked at my watch and realized it was 6:30 am the following morning. I’d slept nine or ten hours. My first thought was that Tatiana was probably sleeping but would be worried, and that I had to call and explain what happened. And then I woke up.

Interpretation: The party represents my longing to experience social mingling once again. Sleeping through a party represents anguish over missing out on the joy of living during the pandemic. The dentist telling me that I still owe him money represents my anxiety about ad revenue. The absence of Tatiana indicates my existential sense of being permanently alone, in the European philosopher or J.J. Gittes sense of that term. The fact that I thought immediately of calling her when I woke up at 6:30 am means only that I knew I’d be in trouble if I didn’t. 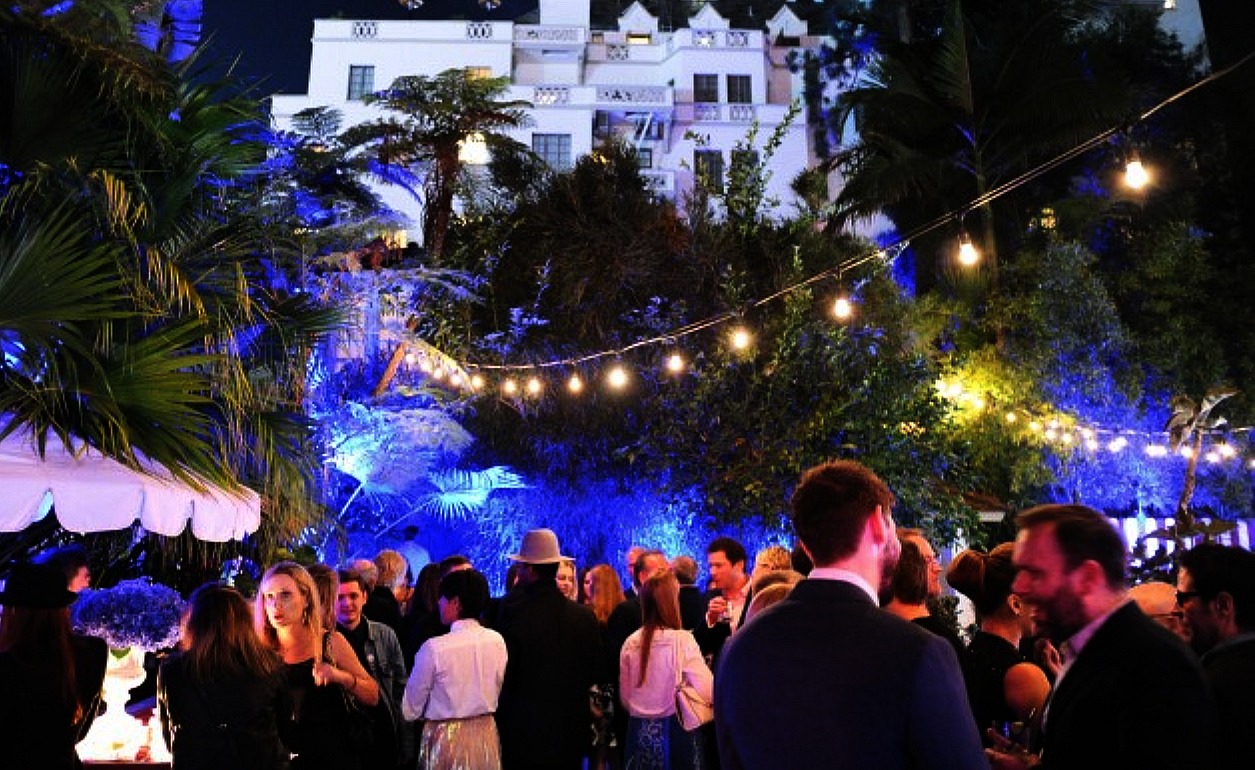 3 Comments
I Ain’t No One Thang

All well and good but there’s no special current if a band is performing inside a closed studio or in someone’s living room or whatever. No audience or lighting effects or big arena means NO JUICE.

Indiewire‘s Anne Thompson believes that the Oscar race or perhaps the show itself needs to somehow raise the general consciousness by focusing on raising money to support the industry. (And particularly exhibition, I’m thinking.) The ’21 Oscars need to become a spiritual fundraiser thing….the ultimate Night of a Thousand Stars.

The Academy should probably “step away from ABC,” Thompson suggests, as the network’s typical demands are not in synch with the existential pandemic reality that the industry is facing.

The Oscars, in other words, should be a little more about celebrating the industry itself and make the whole shebang into a kind of fundraiser, and the awards should perhaps be more about commercial potency and a little less about effete criteria. Or something like that. Maybe the Oscars need to delay a month or so? Sidenote: “The small indie films are going to get hurt.”

Will the 2020 Telluride Film Festival in fact be adding an extra day because they’ll have many more films to show this year than they’ll know what to do with? If so I need to reserve an extra day at the Mountainside Inn, the poor man’s Telluride lodging option. If this happens they’ll probably start a day early rather than a day late.

A month ago Seth Rogen went on a great Twitter riff as he watched Cats, which he’d never seen on stage. His remarks reached a peak when he got into the rumor about all the cats having had their buttholes erased, and about some guy having to accomplish this feat fairly late in the game. I’ve been living with felines my entire life, and I’ve never taken special notice of their anal regions because they’re not a significant visual feature. They’re “there” but who cares? So why did director Tom Hooper give the order to erase all buttholes at the last minute, as indicated by reporting?

Rogen got into it all over again yesterday with Jimmy Kimmel, starting at 6:10.

Reporters understand that they’ll get into trouble if certain indications about the pandemic are reported. Nonetheless…

Reported on 4.16.20: “Obesity may be one of the most important predictors of severe coronavirus illness, new studies say. It’s an alarming finding for the United States, which has one of the highest obesity rates in the world.

“Though people with obesity frequently have other medical problems, the new studies point to the condition in and of itself as the most significant risk factor, after only older age, for being hospitalized with Covid-19, the illness caused by the coronavirus. Young adults with obesity appear to be at particular risk, studies show.

“The research is preliminary, and not peer reviewed, but it buttresses anecdotal reports from doctors who say they have been struck by how many seriously ill younger patients of theirs with obesity are otherwise healthy.

“No one knows why obesity makes Covid-19 worse, but hypotheses abound.” — from “Obesity Linked to Severe Coronavirus Disease, Especially for Younger Patients” by Roni Caryn Rabin.

16 Comments
You’re Glooming Me Out!

Producer pally (reacting to yesterday’s “The Draining“): “Sheesh. Can you start your column with a more depressing headline and opening? Are you trying to drive readers away? Give us a break!”

HE to Producer Pally: “So the recipe for vigorous readership is fantasy, nostalgia, sweet music, re-voting past Oscar competitions, fairy tales and the like? We’re living through a cross between a Steven Soderbergh and a George Romero film — an open-ended pandemic nightmare with bumblefuck zombies howling about Gretchen Whitmer — life in a vast, shrouded minimum security concentration camp with wifi and streaming at home.

“On one hand I’m happy and counting our blessings — Tatiana and I are both healthy, working hard, taking occasional walks and watching a lot of streaming, and on the other hand I occasionally dream about snorting heroin. Because ‘life’ (that once-familiar state of natural being that occasionally included joy and rapture and various states of wonder **) has basically stopped. 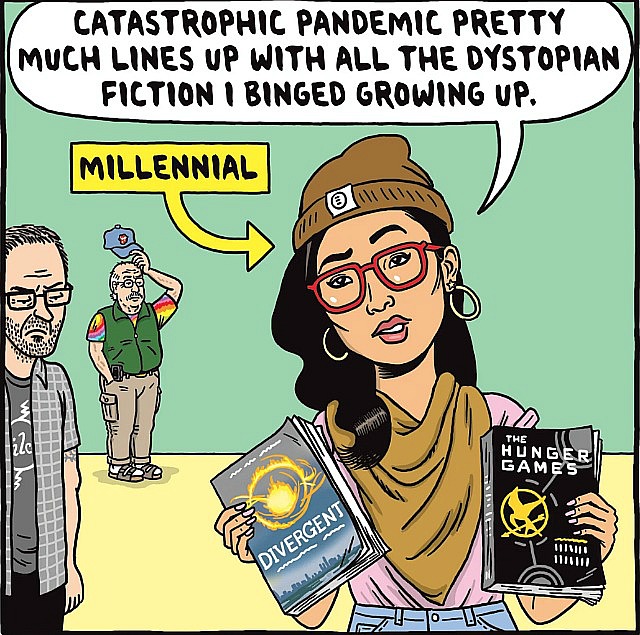 ** As well as grimacing as young wine-drinking women shrieked with Irish banshee laughter in restaurants and bars…that was part of the symphony back then.