Fans aside, who would be dumb enough to vote for Kanye West for president? Conservative-minded African Americans who might otherwise vote for Trump? Not that anyone will regard his candidacy as anything more than a dopey ego-trip. He didn’t even have the resolve to announce during primary season. 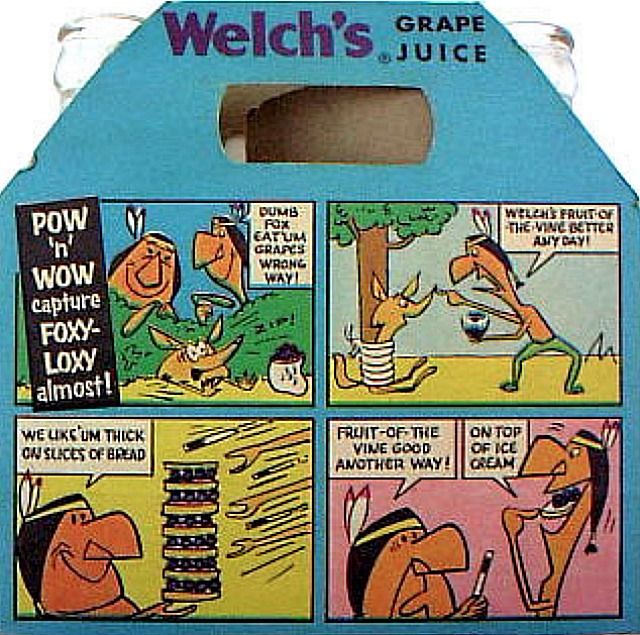 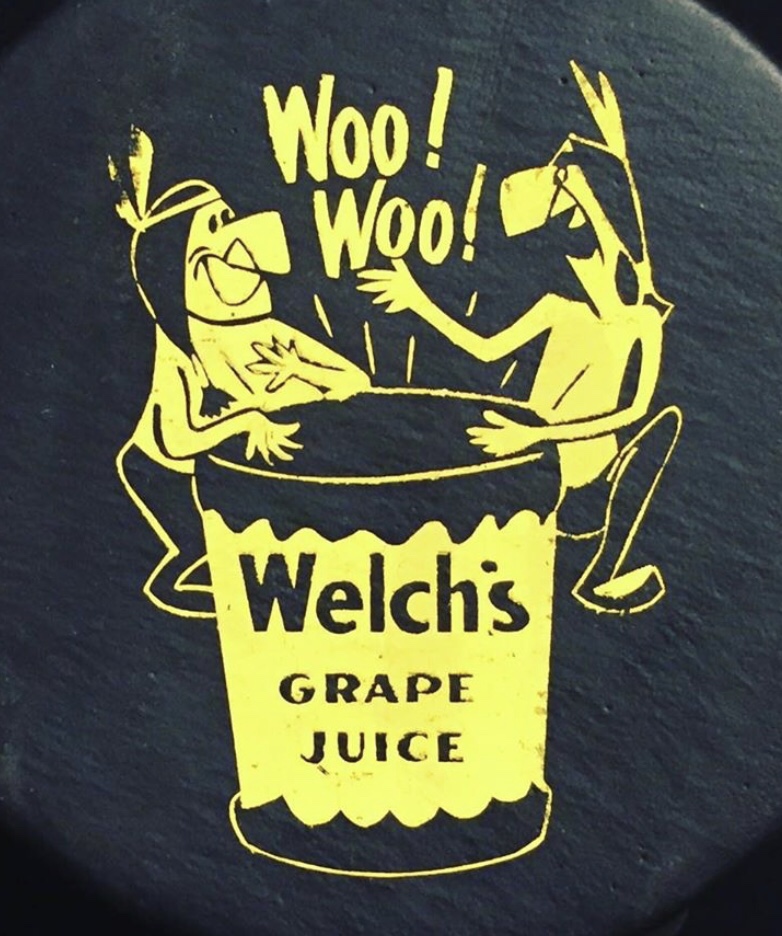 Hollywood Elsewhere is hoping and praying that Telluride ’20 will happen, and that a facsimile of an actual, real-deal award season will begin to take shape sometime around late October or certainly by early November, and that all will eventually end well.

2020’s Best Picture nominees will be judged and supported according to five determining factors: (a) how woke or welcome they are, or to what extent they focus on non-white or female characters, (b) how un-woke and potentially unwelcome they might be due to focusing on white-male characters, which are a generic no-no among Khmer Rouge cadres, (c) how good they are in terms of basic craft (directing, acting, editing, cinematography…I know, old-fashioned concept!), (d) how “desperate” Academy voters might feel in a COVID-damaged, take-what-you-can-get realm, and (e) whether or not they seem to defy the categories by way of occupying their own realm and passing alone some aspect of fundamental human truth.

I know nothing, of course. I’m just spitballing (yes, again), and I’m probably going to have to correct this post 15 or 16 times before 9 pm this evening. 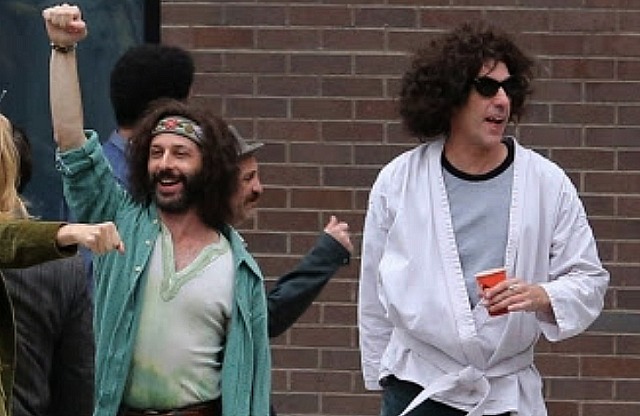 Jeremy Strong (Jerry Rubin) and Sacha Baron Cohen (Abbie Hoffman) between takes during filming of Aaron Sorkin’s The Trial of the Chicago 7.

Five of the 12 (Fincher, Sorkin, Howard, Lee, Wolfe) are Netflix releases, and three of these are paleface movies.

Contenders that focus on characters of color or women are Hamilton (non-European-descended actors portraying the Founding Fathers), Ma Rainey’s Black Bottom, Da Five Bloods, Minari (Korean-American family struggling to hang on and stay afloat in ’80s Arkansas) and Nomadland (Frances McDormand as a roaming 60something woman of the highway).

Three of the Netflix movies — Mank, Chicago 7, Hillbilly Elegy — are about white characters and set decades in the past.

Is West Side Story going to be processed as a partly Puerto Rican tale, or will viewers and voters default to a shorthand notion that it’s a 63 year-old adaptation of a classic white-guy creation (Steven Spielberg, Stephen Sondheim, Leonard Bernstein, William Shakespeare)?

I don’t think Hamilton has a chance as it’s not really a film and was shot four years ago to boot. So in terms of the African American experience Lee and Wolfe are the only players, and the presumption is that the only stand-out Bloods contender is Delroy Lindo for Best Supporting Actor. Am I wrong?

A gut feeling is telling me that the five finalists are likely to be Mank, Chicago 7, Hillbilly Elegy, Nomadland and Stillwater. What do I know, right? Obviously the old school never-Netflix crowd isn’t going to be comfortable with this but what can they do about it?

Year in and year out my thinking is that high-calibre craft and emotional involvement are the most important factors, and that the old Tom Stoppard/Real Thing riff about “cricket bats” still applies.

Stoppard: “I don’t think writers are sacred, but words are. They deserve respect. If you get the right ones in the right order, you can nudge the world a little or make a poem which children will speak for you when you’re dead.

“This [cricket bat] here, which looks like a wooden club, is actually several pieces of particular wood cunningly put together in a certain way so that the whole thing is sprung, like a dance floor. It’s for hitting cricket balls with. If you get it right, the cricket ball will travel two hundred yards in four seconds, and all you’ve done is give it a knock like knocking the top off a bottle of stout, and it makes a noise like a trout taking a fly

“What we’re trying to do is write cricket bats, so that when we throw up an idea and give it a little knock it might…travel.”

In short, my hunch is that the cricket-bat factor is likely to be strongest with Stillwater, Hillbilly Elegy, Nomadland, Mank and The Trial of the Chicago 7. Just spitballing.

So Thomas Vinterberg‘s Another Round, which would have screened at the cancelled 2020 Cannes Film Festival and might screen at the 2020 TIFF, apparently serves to remind that drinking too much will destroy your life? Okay, agreed, check.

From Bret Stephens‘ “Reading Orwell for the Fourth of July,” posted on 7.3.20: “Right now all the Twitter furors, the angry rows over publication decisions, the canceled speeches and books, the semantic battles about which words take an uppercase and which don’t…[all of this] may seem remote to those who care about more tangible issues: depression, disease, police abuse, urban decline.

“Yet the issue that counts the most is whether the institutions that are supposed to champion liberal ideals will muster the moral confidence to survive. On this July 4, it’s very much in doubt.

“As in so much else, George Orwell was here before us. In connection to the recent vandalism of monuments and destruction of statues, a line from “1984” has been making the rounds — ‘every book has been rewritten, every picture has been repainted, every statue and street and building has been renamed, every date has been altered.’

“[This] problem today comes from the left: from liberal elites who, when tested, lack the courage of their liberal convictions; from so-called progressives whose core convictions were never liberal to begin with; from administrative types at nonprofits and corporations who, with only vague convictions of their own, don’t want to be on the wrong side of a P.R. headache.

“This has been the great cultural story of the last few years. It is typified by incidents such as The New Yorker’s David Remnick thinking it would be a good idea to interview Steve Bannon for the magazine’s annual festival — until a Twitter mob and some members of his own staff decided otherwise. Or by The Washington Post devoting 3,000 words to destroying the life of a private person of no particular note because in 2018 she wore blackface, with ironic intent, at a Halloween party. Or by big corporations pulling ads from Facebook while demanding the company do more to censor forms of speech they deem impermissible.

“These stories matter because an idea is at risk. That’s the idea that…no society can long flourish when contrarians are treated as heretics.

“But those defenders are, on account of one excuse or another, capitulating to people who claim free speech for themselves (but not for others), who believe all the old patriarchal hierarchies must go (so that new “intersectional” hierarchies may arise), who are in a perpetual fervor to rewrite the past (all the better to control the future), and who demand cringing public apologies from those who have sinned against an ever-more radical ideological standard (while those apologies won’t save them from being fired).”

I haven’t splashed around in a pool for a long while. I’ve stood next to pools but at parties…you know. The kids and I used to swim in the West Hollywood community pool back in the mid to late ’90s. I know that if I dive into a pool these days it’s going to take me at least 45 minutes to dry my hair and fluff it up and treat it so it looks right, which is why I’m generally content to just look at pools. I love, however, the thought of clothed people falling into pools or, better yet, being pushed in, especially if they’re dressed to the nines.

I used to swim competitively at the old Mindowaskin Swim Club in Mountainside, NJ. Freestyle, breast stroke, backstroke. I wasn’t strong or disciplined enough to win any blue-ribbons. I was strictly a second- and third-place finisher. Which was the story of my life until journalism started to pan out in the early ’80s.

Two days ago Brie Larson launched a YouTube channel dedicated to social activism. Which sounds like a good thing, and will probably (or at least hopefully) turn out to be that.

Unless, of course, it turns out to be a progressive discussion platform for SJW cancel-culture terror by way of wokester prohibitions, advanced guilt-tripping, 1619 Project loyalty oaths, Robespierre finger-pointing, safe-spacing, editorial fanaticism, Woody Allen sliming and statue tear-downs. Hooray for BLM and #MeToo, but beware of the hardcore Khmer Rouge and their blue plastic bags..

I would be personally blown away if Larson’s channel turns out to be, social justice-wise, more of a 1776 than a 1610 thang, but what are the odds?

After watching the opening video I told myself that nothing good or lasting can come of chatting and alpha-vibing with all those fluffers, sycophants and ass-kissers.

It seems odd that the room in which Larson was recording (presumably in her home) is completely barren. Maybe she just moved in.

But rejected for being too long. So I cut it way down, but in so doing the heart and soul aspects were discarded.