Two days ago Digital Bits editor Bill Hunt, whom I know slightly and is not generally regarded as an excitable, hysterical, “fly off the handle” type, reported that Disney has “made an internal decision to suspend the 4K Ultra HD release of live action catalog titles from both their own vaults and those of their newly acquired 20th Century Fox label.”

Boiled down and according to his understanding, this means that “beyond new release theatrical titles, animated fare from Disney and Pixar, or Star Wars and Marvel-related projects, there were no plans at the studio going forward to release titles on physical 4K Ultra HD”, and that “future releases will be 4K digital only.”

Journo pally comment: “If Disney wants to make it hard to see The Computer Wore Tennis Shoes, that’s one thing. But taking the entire Fox library down with them, especially coupled with Disney’s apparent unwillingness to license revival screenings (not that anybody would be able to tell right now), is something else.”

HE to Connected Industry Guy: “What have you heard about this ‘Disney jettisoning 4K physical media’ thing? Not just Disney but the entire Fox library. Sounds like a big deal.”

Connected Industry Guy to HE: “I wouldn’t be too concerned about this. I’d bet they’ve yet to fully evaluate the situation. They have a superb exec in Schawn Belston, who is quite able to lead them to proper potential 4K IP in the Fox library. There’s very little in the Disney library that’s actually 4K fodder. Most of the Fox IP that would be interesting is large format, so low in numbers. The situation needs to jell a bit.”

I subsequently reached out to Belston…crickets. 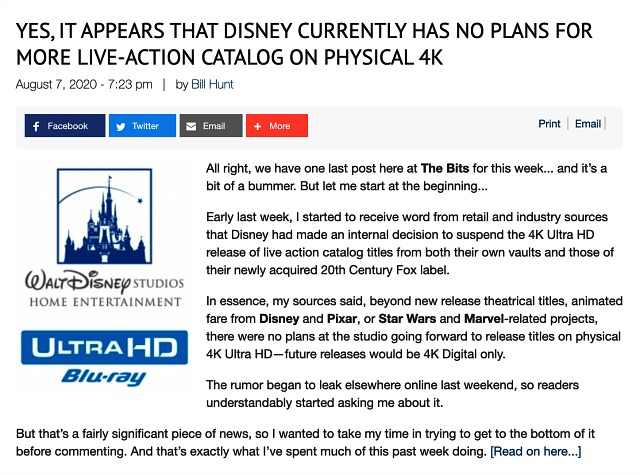 I’ve posted this photo three times since the birth of Hollywood Elsewhere in August ’04. This is the fourth posting. It was taken on a great blue-sky day in Italy 20 years and two months ago, somewhere south of Siena during a leisurely drive to Rome. I can recall the aroma and the summery air and the pastoral vibe like it happened yesterday. To this day I’m not sure what kind of flowers are dotting the landscape but I always default to poppies. I’ve tried to find this property a couple of times since; it may be the Val d’Orcia estate. If this image rings a bell for anyone and they know the address or can provide a Google capture, please get in touch. 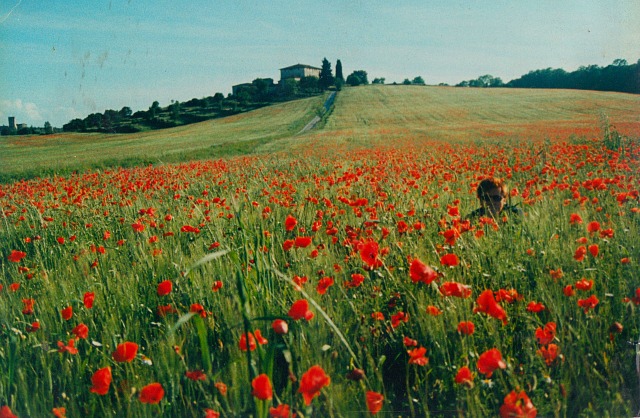 For decades the legend about the notorious Don’t Look Now sex scene between Donald Sutherland and Julie Christie has been that it involved actual coitus and not just simulation.

Two and a half years ago Sutherland insisted that Peter Bart‘s recollection about Sutherland and Christie really doing it was dead wrong.

Sutherland said that the scene involved four people — Christie, himself, director Nicholas Roeg and dp Anthony Richmond — in a bedroom and that “the takes were 15 seconds long, maximum. ‘All right, Julie, hold your head. Okay, turn your heard a little to the side. Okay, Donald….all right Julie.'”

Seven days ago this video essay about the scene in question, “The Greatest Sex Scene in Horror,” appeared on YouTube.

The testy back-and-forth between Bart and Warren Beatty, Christie’s then-boyfriend who wanted some of the graphic portions removed, is amusing.

Out of the current U.S. population of 331 million, 5 million or roughly 1.5% have been infected by COVID-19. That doesn’t mean that 98.5% of the population hasn’t been infected because the numbers are imprecise, but it’s probably something in that general vicinity. 162,000 U.S. citizens have died from the virus, or .05% (1/20th of 1 percent). But it’s really not the infected and the deaths as much as the economic impact upon the entire nation due to business shutdowns and whatnot.

What makes this Lincoln Project video work is (and correct me if I’m wrong) the Phillip Glass score.

When you’re starting to regret your vote for Trump pic.twitter.com/hAofMi7qOz

From MOMA curator Dave Kehr, a 1902 short called The Flying Train. It depicts a ride on a suspended railway between the towns of Barmen and Eberfeld, Germany, which are due east of Dusseldorf. Shot on Biograph’s proprietary 68mm stock, which obviously “affords stunning visual clarity and quality, especially compared to the more standard 35mm or 16mm stocks,” etc. Twelve years before the start of World War I.