The scene that I loved so much shows a guilt-stricken Russell visiting the offices of Rolling Stone and admitting to Jann Wenner, Ben Fong Torres and David Felton that William’s article is an honest account.

The best moment happens when the Rolling Stone guys tell Hammond that they appreciate his honesty, but he’s arrived too late and they’re running another cover story (i.e., not about Stillwater). Hammond initially says “thank God” after hearing this, but then he says, “You tell me it’s too late, but something tells me if I were to go back to my hotel room and O.D., you’d find a way to put me on the cover of the next issue…right?”

I’ve had this script in a file cabinet for 20 years, and this is the first time I’ve posted these now-yellowed pages: 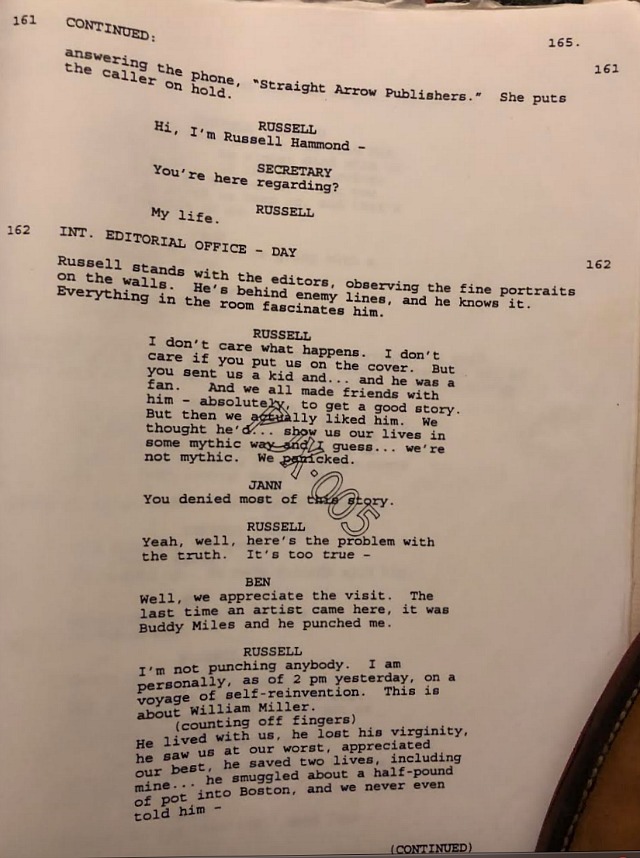 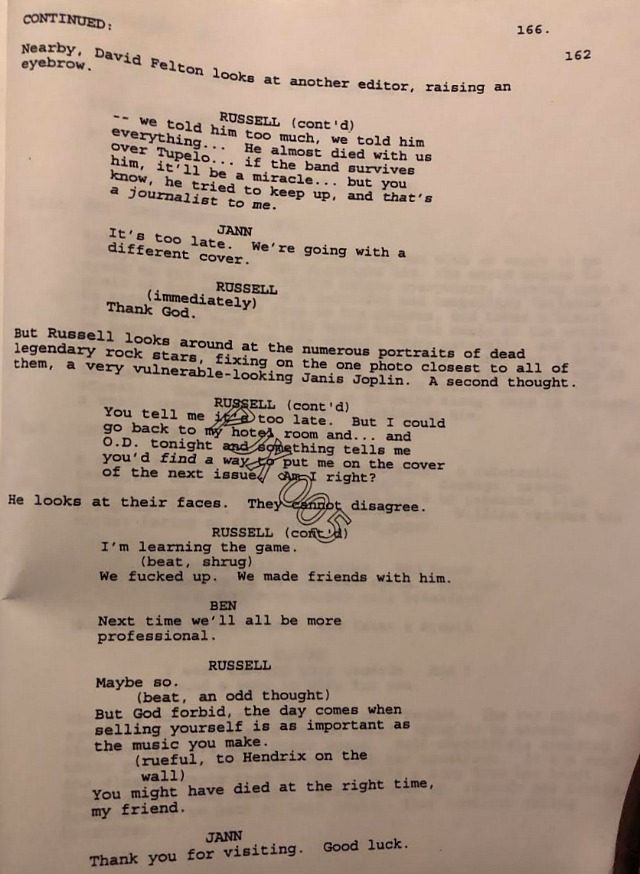 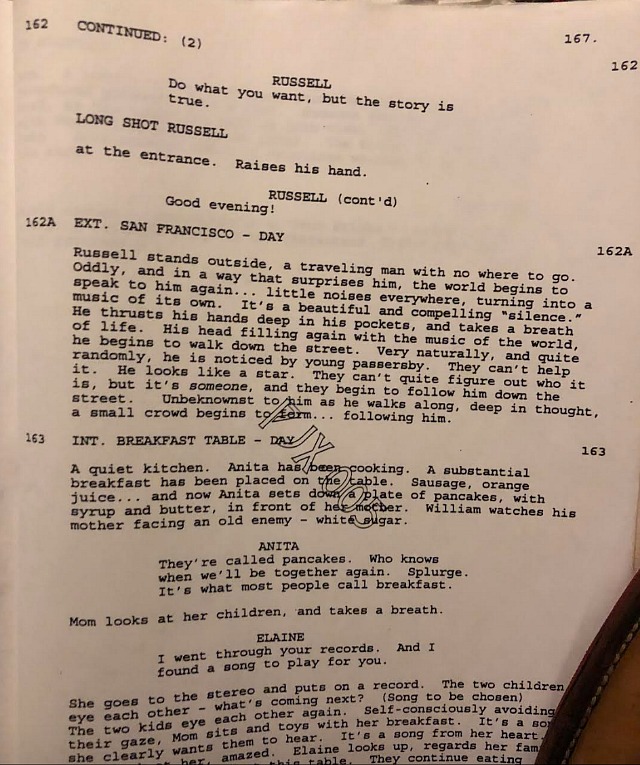