Brave New Brainslam. Me Want Subtitles. What The Fuck? Submit Or Quit. 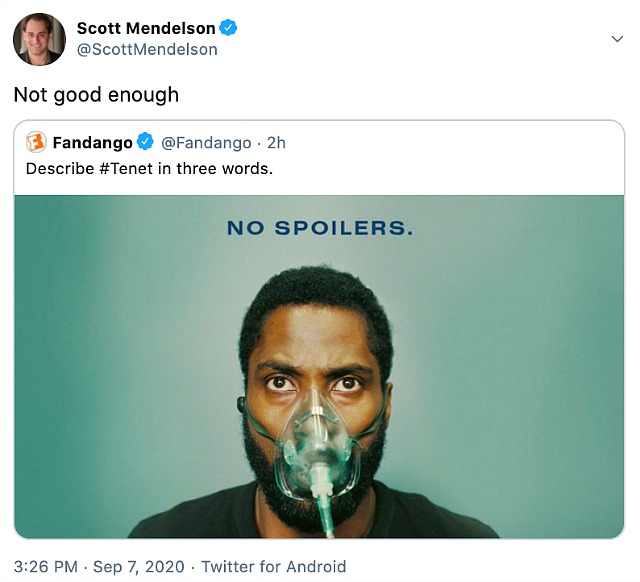 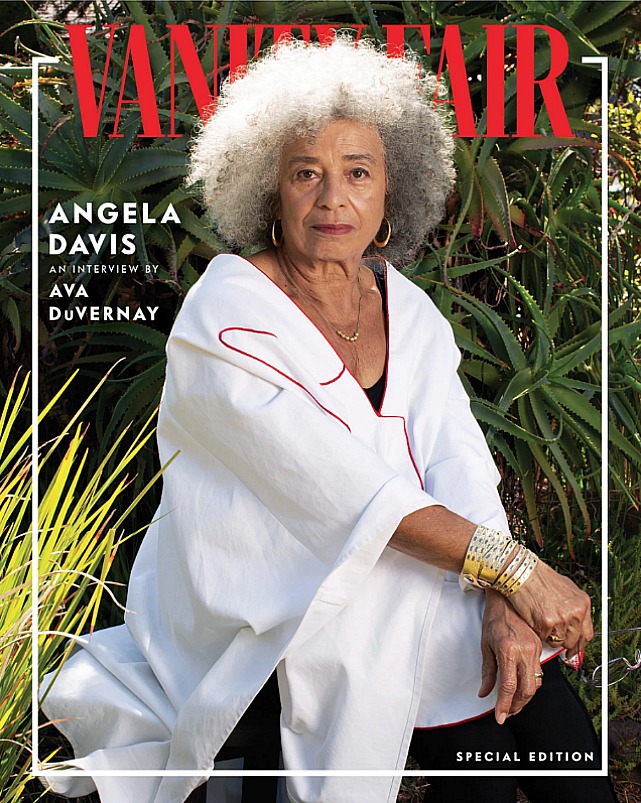 Ava Duvernay’s Vanity Fair interview with Angela Davis is fairly softball. Mutual admiration society, etc. The basic idea is that the culture has finally caught up to where Davis was a half century ago, which is true. Davis was a serious Communist until the socialist world began to fall apart in the late ’80s. 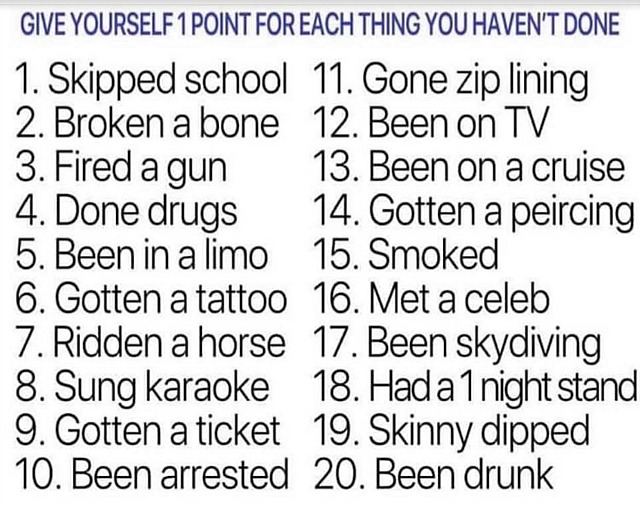 The things I haven’t done are (a) gotten a tattoo, (b) sung karaoke (very proud of this), (c) skydived and (d) been on a cruise (a presumed allusion to gargantuan cruise ships) 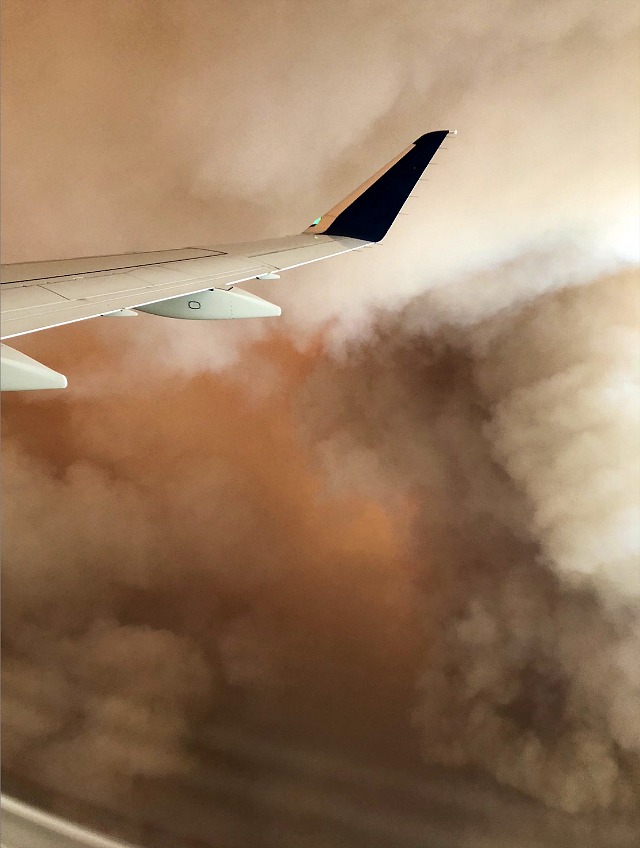 Posted by Oliver Darcy (‪@oliverdarcy‬) on 9.6.20: “Family member flying out of California this evening just sent along these photos from the flight. She said passengers could smell the smoke from the wildfires in the cabin.” I’ve done all the rest. 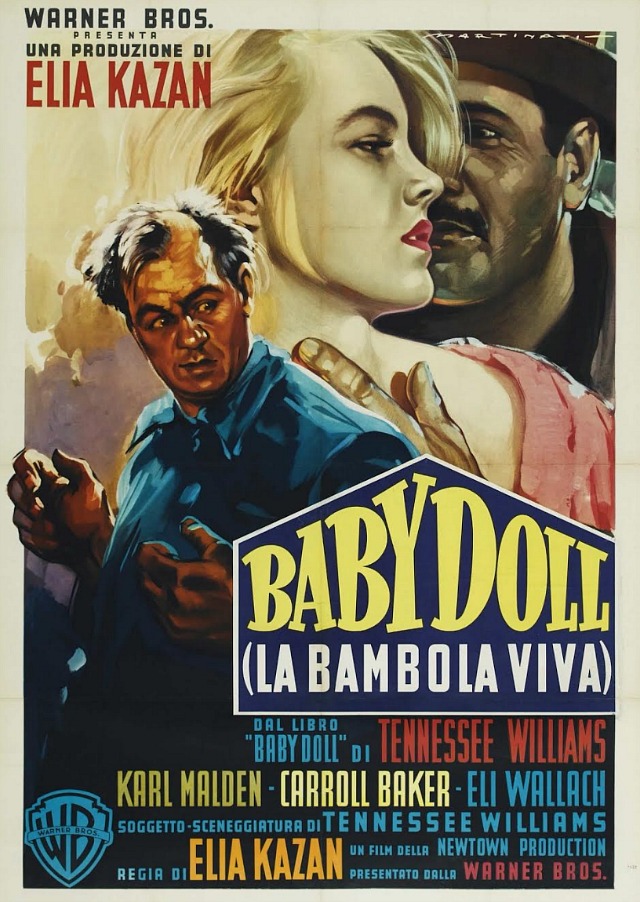 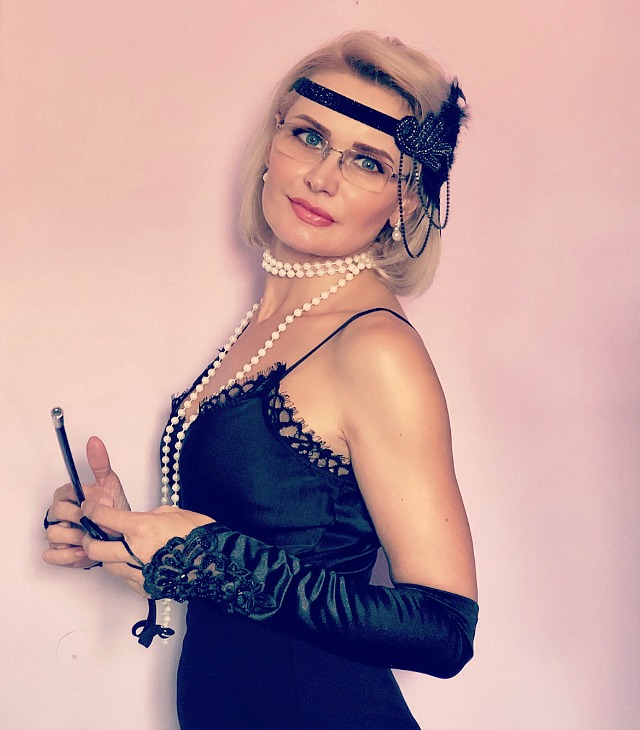 During a month-old chat between myself and Jordan Ruimy, it was mentioned that Regina King‘s One Night in Miami had just been added to the Venice Film Festival lineup.

Based on a play by Kemp Powers, pic tells a fictionalized account of an actual February 1964 meeting that happened in a Miami Beach hotel room between Cassius Clay, Malcolm X, Jim Brown and Sam Cooke, as the group celebrates Clay’s surprise title win over Sonny Liston.

“That’s the only title that turns me on,” I remarked. “It’ll rise or fall depending on Eli Goree‘s performance as Clay and Kingsley Ben Adir‘s as Malcolm X. And on the writing, of course.”

Now, to go by early reviews, One Night in Miami is sounding like a serious award-season hottie. Variety‘s Clayton Davis is calling it “the first bonafide major contender for the 2021 Oscars season. 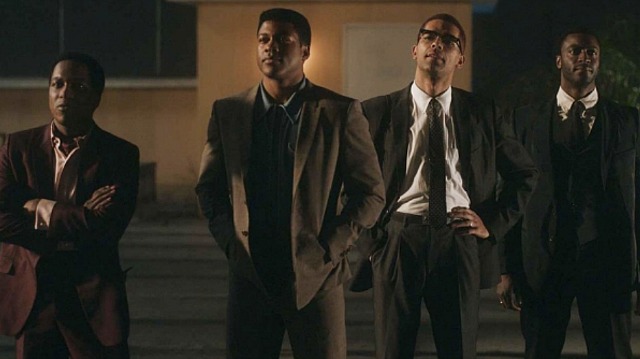 “Setting the stage for a very long, unpredictable season, King’s emotionally charged and vibrant helming of this stage play adaptation is wonderfully restrained,” Davis raves. “[She] never lets the story get away from her. Not stepping into the director’s chair as a gimmick, she pays meticulous attention to the four men’s stories and the world she builds for the viewer.”

Variety‘s Owen Gleiberman: “The appeal of a movie like this one isn’t just that we’re seeing different fabled worldviews pinging off each other. It’s that the characters, loosened up by a few drinks and the pleasure of their camaraderie, reveal who they are — not just what they think and feel, but how they think and feel it — in a way that even a lot of good biopics never quite find the room for. I love Spike Lee’s Malcolm X, but in all three hours of it we don’t see much of the casual, sitting-around-and-shooting-the-breeze Malcolm. Even if you’re as monumental a man as he was, that’s still a lot of what life is.

“All four burrow their way into the psyche of these legends, into their manners and contradictions and vulnerabilities. Goree nails but shrewdly understates the music of Clay’s voice, the insistence that could rise to a lordly bellow, Hodge invests Brown with a seen-it-all wary force, and Leslie Odom Jr., from Hamilton, makes Cooke a supreme paradox: smooth as silk on the surface, roiling underneath. The men we see before us are suffused with their destinies and, at the same time, they’re funny, earthy, relatable people who wear their egos on their sleeves.

Most of the time I’m working hard at posting whatever seems right, and other times I’m floating around in various Paris memories. Sometimes it’s a struggle to focus on the here-and-now. 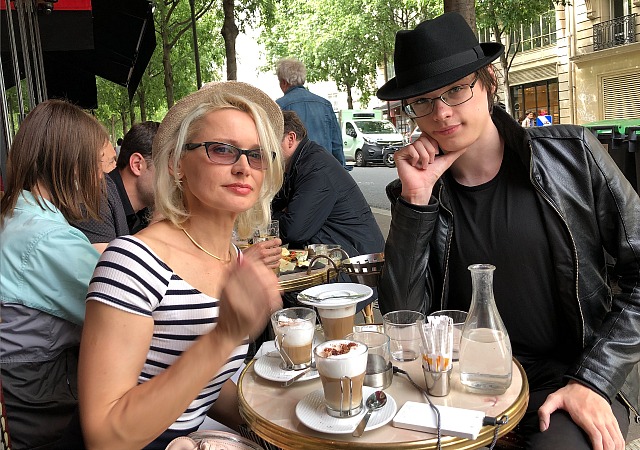 For thousands of years expectant parents never knew their baby’s gender until the moment of birth. Ultra-sound scans changed all that, of course, but the news was shared discreetly with parents and close friends.

No longer. Nowadays aspirational vulgarians are making a huge deal out of gender-reveal parties. The same immoderate types who throw self-aggrandizing birthday parties for themselves invite pallies to outdoor events in which their child’s gender is proclaimed like the winner of a regional beauty pageant, with all kinds of pomp and braggadocio, smoke-generating devices and fireworks displays, etc. Blue smoke for a boy, pink for a girl, champagne all around.

Yesterday morning a smoke-generating pyrotechnic device that was used during an outdoor gender-reveal party in Yucaipa’s El Dorado Ranch Park ignited a major blaze, which is currently burning over 8,600 acres in San Bernardino County.

What kind of a drooling moron ignites any kind of incendiary device for any purpose during a massive heat wave while fires are burning throughout California? If I was the deciding judge I would throw the book at the couple who did this. I would insist that both be put on a daily work detail in which they’d have to smash rocks with sledge hammers.

As we all know, the denial impulse is always turned up to 11 among Trump supporters. No matter what he’s reportedly done or said or intends to do, no matter how sociopathic his fantasy-embracing, foam-at-the-mouth behavior, between 38% and 42% of the voting-age populace will stick with this monster, come hell or high water.

Yes, it’s a good and worthy thing that Atlantic editor-in-chief Jeffrey Goldberg, the guy who broke the “Trump called soldiers losers and suckers” story, is more or less pledging that “more reporting [will] come out about this…more confirmation and new pieces of information in the coming days and weeks.”

But Trump Nation will never want to know. You can stand them up before the gates of hell, and they won’t back down because they believe that non-whites, protesting BLM wokesters and LGBTQs are slowly taking over this country, and so they’re defending the Alamo against the troops of General Santa Anna.