The “who knows?” states are in yellow. The reptilian nihilists and sociopaths who are still supporting Trump after everything he’s done and everything that’s gone down…words fail. “Deranged” isn’t a strong enough term. From npr.org’s Dominic Montanaro, posted this morning: 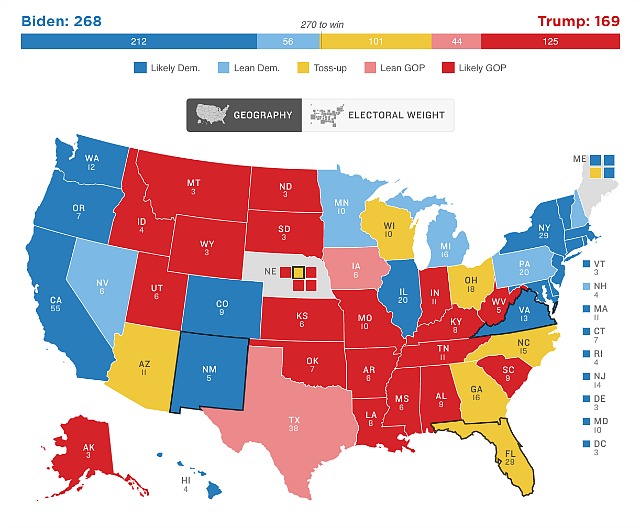 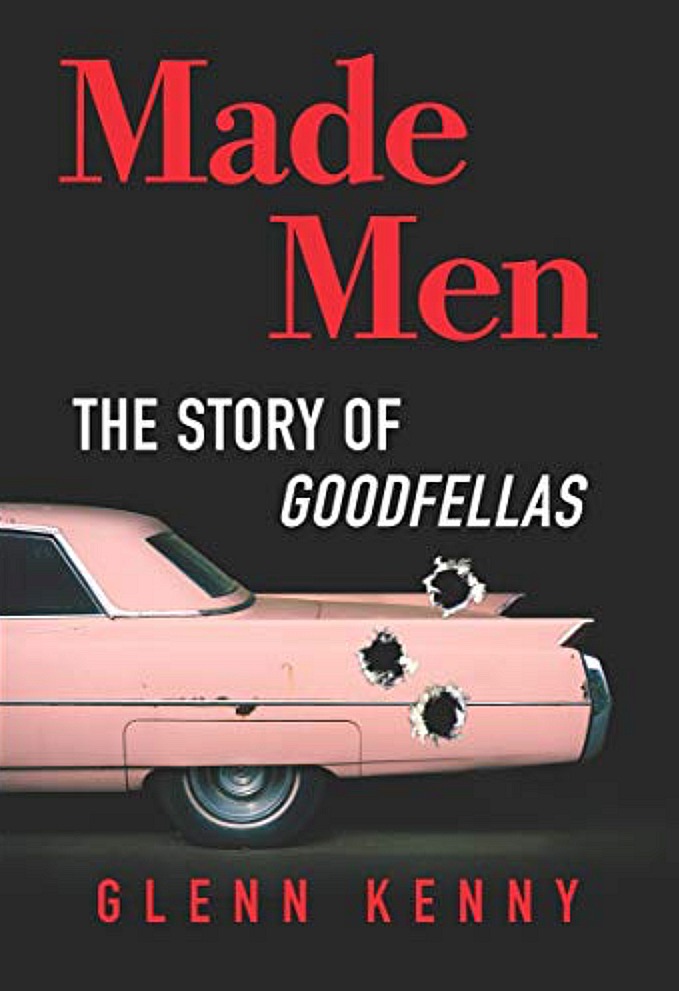 Thanks to Larry Karaszewski, Hollywood Elsewhere now owns the coolest (not to mention the most exclusive) ironic Joe Biden bumper sticker in all of Los Angeles, if not the entire nation.

HE to Millennials and Zoomers: Released in mid-July of 1970, Joe was a disturbing lightning-rod drama about simmering middle-class annoyance and anger towards hippie culture. Five or six weeks before Joe opened the infamous “hard-hat riot” happened in lower Manhattan, and thereby provided a real-life echo with roughly 400 construction workers (many of them helping to build the World Trade Center) beating up antiwar demonstrators.

Directed by John Avildsen (Rocky, Save The Tiger, The Karate Kid), Joe launched the career of Peter Boyle, whose performance as the titular blue-collar hippie hater had everyone talking. It also featured the debut performance of 23 year-old Susan Sarandon.

Wiki anecdote: “When Peter Boyle saw audience members cheering the violence in Joe, he refused to appear in any other film or television show that glorified violence.”

Two days hence IFC Films will be opening Sean Durkin‘s The Nest theatrically. Alas, in relatively few…well, actually one Los Angeles-area location when you get right down to it. I’m talking about Santa Ana’s Regency (South Coast Village, 1561 W Sunflower Ave.Santa Ana, CA, 92704). Honestly? So starved am I for a theatrical experience, I’m thinking of driving all the way down there to see it.**

“It’s been nine long years since The Nest’s writer-director, Sean Durkin, made a splash with his superb feature debut, Martha Marcy May Marlene. (In between, he directed a miniseries, Southcliffe, for England’s Channel 4.) That film was fundamentally a triumph of editing, cutting back and forth between different time periods in a way that made past and present feel interchangeable. Here, Durkin has teamed up with the great Hungarian cinematographer Mátyás Erdély (the original Miss Bala, Son Of Saul, Sunset), and together they’ve fashioned something remarkable: an utterly non-supernatural haunted house story.

“Nothing overtly creepy or menacing ever happens, with the exception of one moment in which a door is mysteriously open after Allison is sure that she’d locked it. Yet The Nest deliberately replicates the ominous look and feel of a slow-burn horror movie, with establishing shots held just a beat too long, shadows that swallow up corners of the room, and physical distance between characters that generates constant free-floating unease. This approach may well frustrate genre buffs who jump to the wrong conclusion early on, but it provides a startlingly fresh angle on otherwise routine domestic discord.” — from Mike D’Angelo’s 9.15 AV Club review.

This is small potatoes but if you have any sporting blood, you have to admit that Joe Biden referring yesterday to the “Harris-Biden” administration along with Kamala Harris mentioning the “Harris administration” last weekend…you know the Trump campaign will make an attack ad out of this. A Joe gaffe is one thing (part of his brand) but a seemingly coordinated Joe-Kamala blunder (emphasis on the “s” word) is something else. It might as well be admitted to. The Trumpies will claim these mistakes are Freudian slips.