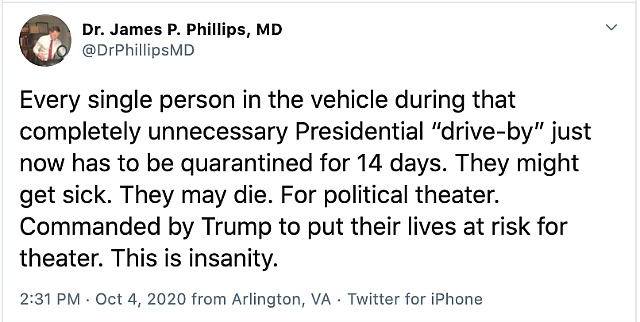 Every now and then ads for 3DM loafers (butterfly, penny) pop up on Facebook. They’re almost right, but not quite. Because they don’t have that easy slip-on look. Because the tongue is too big. To explain how loafers should ideally look, I got out an old pair of Johnston & Murphys that I bought…oh, six or seven years ago. I’ve taken them in for re-heeling and re-soling twice. This is how loafers should look….almost like slippers but with decisive heels and built with first-rate leather. 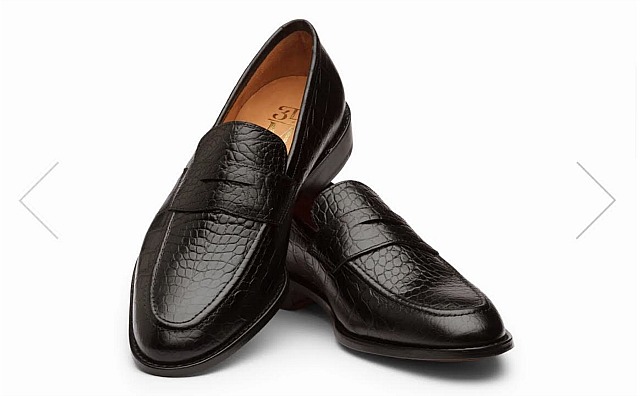 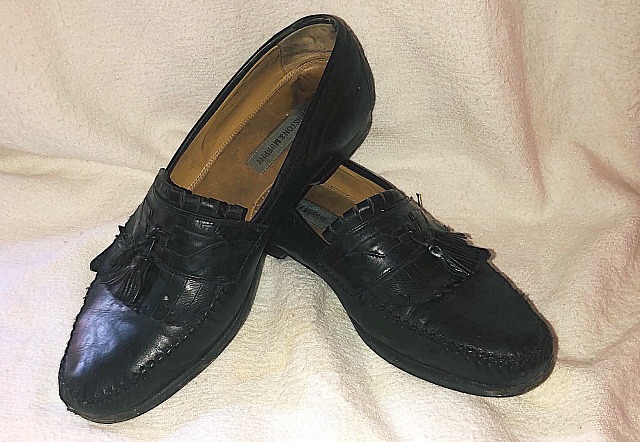 This Culprit Underwear billboard was sitting on the Sunset Strip last night, and it’s not…Jesus, I don’t know what to think. My first reaction was “holy shit, they’re kidding…right?”

The idea seems to be that most straight guys (the ad is clearly not aimed at gay guys) don’t look like Calvin Klein models. The idea seems to be that if you’re a straight Millennial or Zoomer dude and of average proportion (i.e., between overweight and morbidly obese) and you don’t care if you’re not living up to 20th Century or even early 21st Century standards of male attractiveness…if you’re some kind of animal and couldn’t care less, Culprit Underwear is probably for you.

What else could the message possibly be?

2 Comments
Not In The Mood

Last night we came upon a West Hollywood apartment complex filled with skeletons and spiders and cobwebs. I see skeletons in my dreams every other night. I see monsters and goblins and giant spiders on the news with alarming regularity. The idea of “celebrating” Halloween just seems off this year. As in “why?” or “what for?” or “who needs it?” 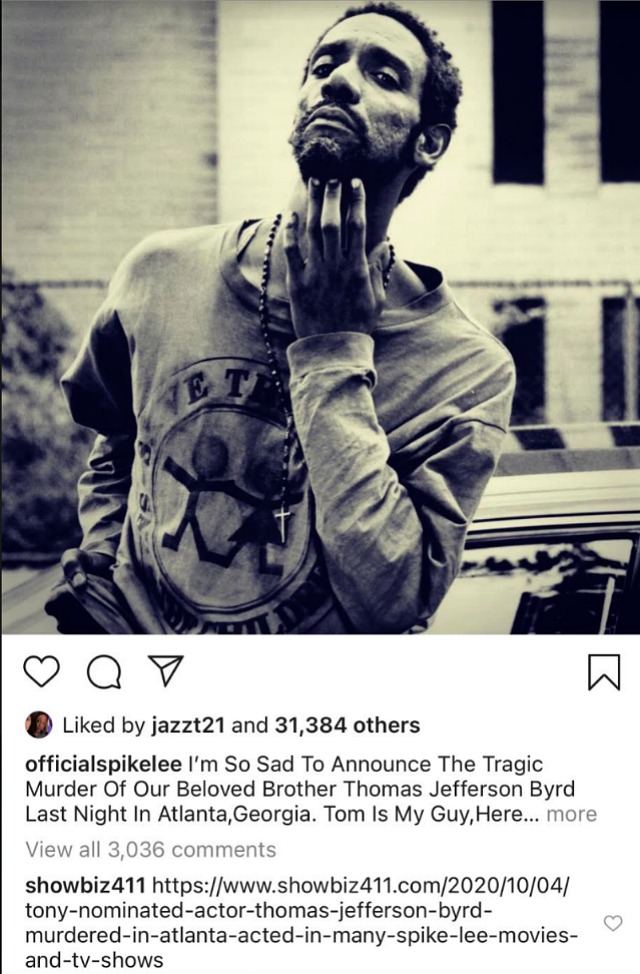 I have a journo pally…actually two journo pallies who’ve been telling me that I can’t see the forest for the trees, and that Trump is going to tap into something momentous or a geyser of Jett Rink oil is going to suddenly explode on his property…basically that the Fate Godz are going to spin things around and hand him an electoral victory on 11.3.

All along I’ve been saying “no, you can’t be right, there’s too much evil here, Americans are stupid but they’re not this stupid”.

But everything changed this morning. A new NBC News / Wall Street Journal poll, tabulated after the debate but before Trump was diagnosed with Covid-19, has Biden leading by 14 points. Will the fact that Trump’s cavalier, mask-averse attitudes led to widespread White House infections, including his own…will this expand or diminish Biden’s advantage?

I’m asking myself “what kind of drooling backwater voter would give Trump a sympathy pass because he was louche and arrogant enough to allow himself to get infected?” And the answer is “any voter who regards himself as a real–deal, true–blue American.”

I’m just saying that today I realized that the journo pallies were right all along…of course Trump will snatch victory from the jaws of defeat…of course he’s going to reverse the course of history and gravity and common sense and turn it all around. A Biden-over-Trump 14-point lead is nothing…nothing at all. A lot can happen over the next 30 days, and the obvious fact that God the Father Almighty wants Trump to win…well, just wait and see what happens. 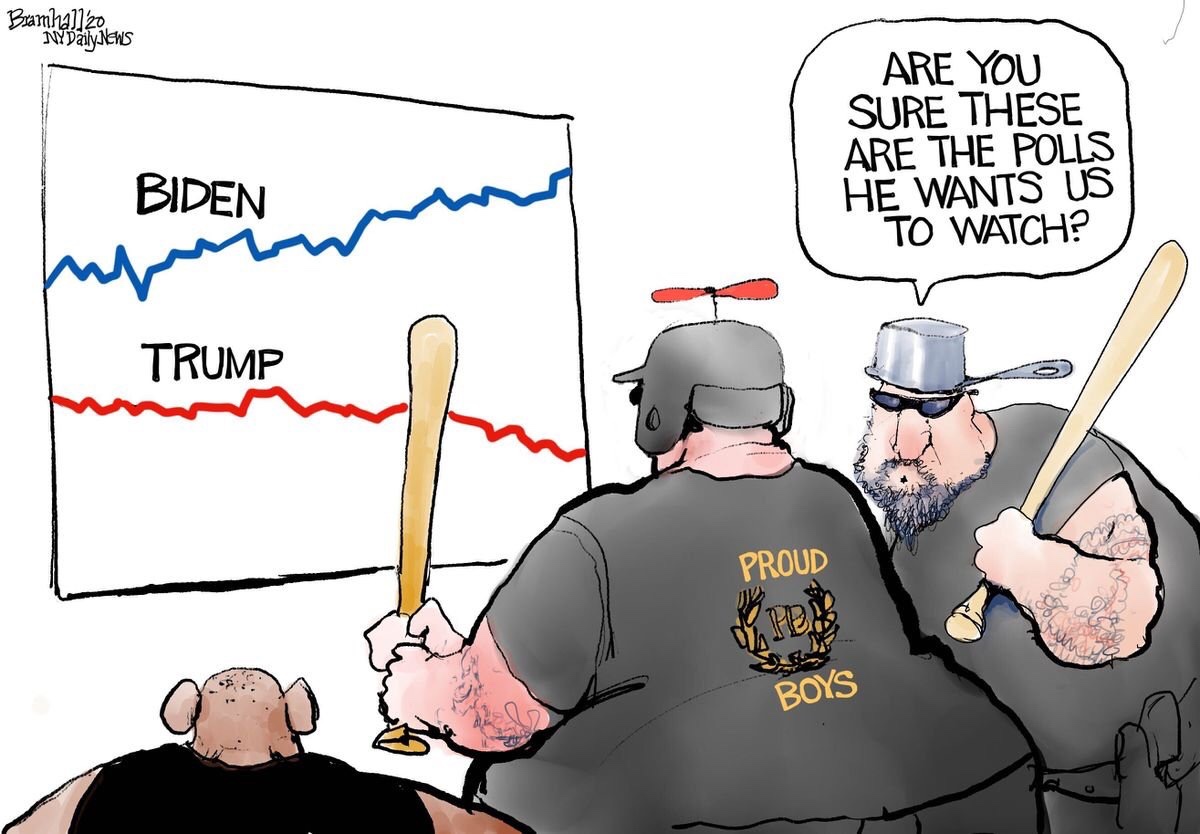 So SNL decided against a skit about Trump spinning his health situation while inhaling Remdesivir inside his suite at Walter Reed Hospital. Because it would have felt brusque and cruel, and because they wanted the heavily hyped Jim Carrey (Joe Biden) and Maya Rudolph (Kamala Harris) front and center. But a Walter Reed skit might’ve worked. Carrey’s best bits came at the very beginning — blam-blam with the finger pistol and using the tape measure.