David Fincher: “It wasn’t until [my father] retired from writing magazine stories that he said, ‘I’m thinking about writing a screenplay.’ He was 60 or 61, and the first thing he said was, ‘What should I tackle as a subject?’ I said, ‘Why don’t you write about Herman Mankiewicz?’ He was tickled with that idea, and he went off and gave it his best shot, but it ended up being limited in its scope. It was [about] a great writer obliterated from memory by this showboating megalomaniac.”

David Fincher's new movie Mank is a genuinely deep dive into film history with a jolting contemporary punch. I loved going long with this remarkable director for @vulture. https://t.co/dxWZYNKX65

I spent almost an hour figuring how to order a new brown-leather wristband for my six-year-old Swatch. Sooner or later leather rots and disintegrates. Yeah, my Swatch looks like the one in this video.

You can’t just order a leather wristband straight from the Swatch site, of course. And you can’t just tell the sales people what the serial # on the back of the Swatch is. You have snap a photo and send it along. And then they’ll eventually get back to me and I’ll give them a card number, etc. A three-week process.

I bought my current device inside the Grand Central Station Swatch store in ’13 or thereabouts. There are currently no Swatch stores in Los Angeles — the closest is in San Francisco. And don’t look down your nose either. Three or four years ago a smooth character who fancied himself a connoisseur of costly, extra-cool Swiss watches asked where I got this one. He was impressed by it, and so was I in that context. I didn’t want to confess so I lied and said I’d forgotten. 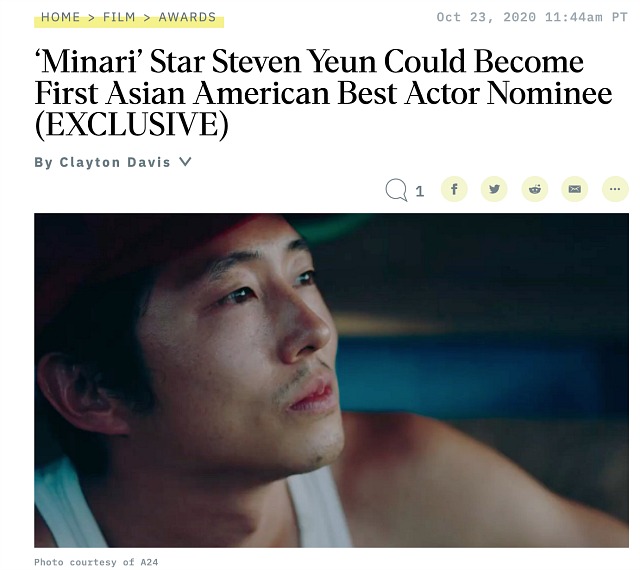 HE: Yes, it looks like a predictable lineup. Political but what else is new?

Has anyone actually seen Judas and the Black Messiah? I haven’t, but the meatier role (i.e., that of the FBI-linked betrayer) appears to be Lakeith Stanfield’s William O’Neal…no? You’ve seen the trailer, I presume. As the late Fred Hampton, Kaluuya appears to mostly deliver the bellicose revolutionary thing…a lot of defiant showboating. That may or may not translate into Best Actor praising, but where’s the dimension other than the fact of Hampton’s tragic murder? Hampton was a proud Panther who got iced by the cops, and because of that brutal killing Kaluuya may get a Best Actor nom 50 years later. The 2020 Academy pushing back against the authorities who killed him a half-century ago.

Unless, of course, Kaluuya gives an exceptional performance in and of itself. Which may well be the case.

Chadwick Boseman’s role in Ma Rainey appears (emphasis on the “a” word) to be subordinate to Viola Davis’s titular performance. He’ll be nominated because of a tragic cancer death…a “we’re so sorry that we lost this fine actor so early in life” gesture of affection and respect.

Otherwise Oldman, Hanks and Hopkins…sure. They may not win but they’ll almost certainly be nominated. No, I haven’t seen Mank or News or the World, but we have a pretty good idea of what we’re gonna get for the most part. Hanks and Oldman are proven, trusted brands.

Friendo: I heard Boseman was going lead that’s why he’s in that category, which I do not understand. Now he has to go up against Hopkins.

HE: If Boseman was still with us there would be no Oscar nomination discussions at all right now. Certainly not before anyone has seen the film. Strictly an acknowledgement of a devastating tragedy mixed with respect for past performances (mainly James Brown).

Friendo: Look at the Best Director predictions at Gold Derby. Erik Anderson-level woke predictions. It’s so embarrassing with Regina King in there for doing a pretty good decent job with One Night in Miami. I’m not saying she won’t be nominated but it’s all political. The Gold Derby-ites are frozen in fear. They know which filmmakers and actors they’re obliged to predict Oscar heat for, and they’re doing exactly what’s expected of them. They don’t dare do otherwise. They’re sheep.

Here, incidentally, is an excerpt from an email sent by an actual, non-industry-related Zoomer, received this morning:

“Talked to my roommate [name] about the Oscars. He feels like the Oscar picks have been kind of corrupted in recent years [by wokester agendas]. He thinks that the Academy is making up for lost time by giving as many awards to minorities and women as possible, and since it’s become a political thing he doesn’t hold the nominees and winners in the same high esteem as he used to.”

I generally don’t “laugh” as a rule (I’m an LQTM-er) but I did guffaw three or four times.

But you know why Borat 2 really works? What gives it heart and dimension beneath the satire? A father-daughter story about pride and feminism.

Jokes aside, Borat 2 is about a middle-aged Kazakhstan none-too-bright primitive (i.e., SBC’s “Borat Sagdiyev“) who, over the course of the film, comes to regard his spirited if somewhat ignorant teenage daughter (Maria Bakalova‘s “Tutar Sagdiyev”) not as a dog or a piece of property to be presented to vp Mike Pence or Trump attorney Rudy Giuliani, but as a person of spiritual beauty and inner substance.

Early on Borat has been told by Kazakhstan authorities that he can make up for tarnishing his country’s reputation with the original Borat (’06) by taking his daughter to the U.S. and somehow gifting her to Pence or Giuliani as a token of Kazakhstan’s esteem for the Trump administration. Or something like that.

But the emotional father-daughter current gradually overrides the political and the monetary, in large part due to sensible counsel from Jeanise Jones, a professional babysitter who straightens Tutar out and wakes her up.

For all the silliness, Borat 2 works because it understands heart and compassion.

I missed the boat last night after the second and final Presidential debate ended. I decided to watch a press-stream of Borat 2, I mean, rather than tap out impressions of Biden vs. Trump. After the film ended I felt compelled to post about (a) Rudy Giuliani’s ready-and-willing hotel room behavior near the end of Sacha Baron Cohen‘s film, and then (b) Mitch McConnell’s greenish-purple-gray right hand along with those lip splotches.

The angel sitting on my right shoulder said “you should post your debate views before you nod out” while the devil on my left shoulder said “naahh, tomorrow morning.” And then I twittered myself to sleep while reclining on my dark blue, non-deluxe IKEA sofa.

HE sez Donald Trump is going to lose the 11.3 election, the final results of which may take days or even weeks to completely tally. Last night’s debate was last night’s debate, but the dynamic of the race hasn’t changed and this bloated, deluded, intemperate, full-of-shit Queens real-estate hustler is more or less toast.

Do I wish that Joe Biden had been as sharp last night as, say, Dave Chappelle or Bill Maher or Chris Rock might have been as he rebutted Trump’s bullshit? Sure, of course, but that kind of Douglas Fairbanks-like swordsmanship isn’t in him. He was never a brilliant debater to begin with, and now he’s 78…c’mon, man.

But Biden did convey the fact that apart from the usual evasions and half-truths that all politicians exude from time to time, he’s a steadier, calmer and more honorable man than Trump any day of the week. More practical and measured, etc. Plus he believes in science.

Behavior-wise Trump held himself in check while lying his ass off. He projected a certain steady manner while spewing one poisonous fabrication after another. Covid-wise, his shpiel seemed to boil down to (a) “we can’t submit to the pandemic…I took Regeneron, Remdesivir and Dexamethasone and I was fine after a few days…everyone needs to do the same!” plus (b) “we are rounding the turn” on Covid cases nationwide even as infections are spiking big-time from the dreaded second wave. Plus the Abraham Lincoln comedy routine (“I’m the least racist person on this stage”) and all the other brown-torpedo diversions…don’t get me started.

The New Yorker‘s John Cassidy: “No one would say Biden is the most dynamic of candidates. But, with less than two weeks to go until November 3rd, his candidacy seems to offer a way out of the morass. For that, many Americans will forgive him a great deal — and do all they can to carry him across the finish line.”

The election is 12 days off. 11 days and a wake-up. Everyone just needs to hold steady and true and keep calm, and the right outcome (i.e., the thing that God in Heaven would be rooting for if He existed) will almost certainly happen.