In an 11.28 Brooks Barnes piece titled “Hollywood’s Obituary, the Sequel. Now Streaming,” producer-director J.J. Abrams explains the difference between movies and TV: “Television is the child and the audience is the parent. It’s smaller than you. You can control it by changing the channel. With movies, the roles are reversed. You are the small one. You’re supposed to look up at them.

“I think going to a theater is like going to church and watching a movie at home is like praying at home,” Abrams adds. “It’s not that you can’t do it. But the experience is wholly different.”

Key Barnes paragraph: “In the 110-year history of the American film industry, never has so much upheaval arrived so fast and on so many fronts, leaving many writers, directors, studio executives, agents and other movie workers disoriented and demoralized — wandering in ‘complete darkness,’ as one longtime female producer told me. 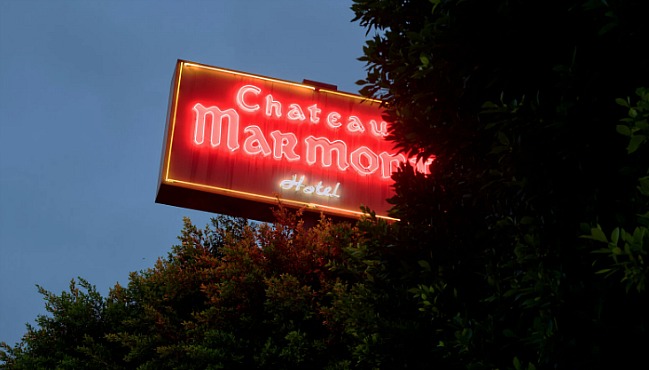 Photo by Philip Cheung for The New York Times .

Barnes: “These are melodramatic people by nature, but talk to enough of them and you will get the strong sense that their fear is real this time.”

“Cinema as an art form is not going to die,” said Michael Shamberg, the producing force behind films like Erin Brockovich, The Big Chill and, rather appropriately, Contagion. “But the tradition of cinema that we all grew up on, falling in love with movies in a theater, is over.

“Cinema needs to be redefined so that it doesn’t matter where you see it,” Shamberg says. “A lot of people, sadly, don’t seem to be ready to admit that.”

In other words, Barnes explains, “the art may live on, but the myth of big screens as the be-all and end-all is being dismantled in a fundamental and perhaps irreversible manner.”

“No wonder Hollywood has been experiencing, as the trade newsletter The Ankler recently put it, ‘a heart attack wrapped inside a nervous breakdown.’”

When asked if he was “surprised” when Donald Trump whacked him for saying that the 2020 election “was the most secure in American history”, former cybersecurity chief Chris Krebs delivers a great reaction.

It starts at 1:07. Of course Krebs wasn’t surprised. Trump is a maniac and he knows this, so he (a) frowns slightly, (b) tilts his head and looks up, and (c) darts his eyes left and right before he says, “I don’t know if I was necessarily surprised.”

In case you’re missing the thrust, the formerly sane Jon Voight is basically urging Trump loonies to combat the peaceful transition of Presidential power. A fair, legit election has taken place, and Voight is saying “this is a bridge too far…our country is in peril…stand with the patriots…don’t allow the murderous left to destroy a country that we love.” I’m sorry but the man is a drooling fanatic.

Sedition — inciting revolt or violence against a lawful authority — is a serious felony, punishable by fines and up to 20 years in prison.

The person who shot this Twitter video (Voight himself?) got the framing all wrong. His head is way too low — too much dead space above. His eyes should be just above the middle horizon line.

Jon Voight claims “we are in great danger if we fall under a Biden administration.” pic.twitter.com/VIoYCCPNe4

5 Comments
“I’m Sick!” — Anthony Quinn in “The Guns of Navarone”

HE [text]: A little more than a month ago I began to feel an alien presence in my system during the pre-dawn hours — achey muscles, chills, that “uh-oh” feeling. I thought it might be Covid, but thank God it was gone by 9 am that morning. Mostly thanks to a certain genetic inheritance from my mother’s side, which I’ve learned from hard experience not to identify.

It came back again this morning at 4 am. I don’t have a high temperature or chest congestion or anything in that realm, but something definitely invaded my system in the wee hours. It’s now 4 pm and I haven’t been able to do much except sleep. Yes, it’s lingered a bit this time. Not even my glorious virus-fighting genes were able to vanquish it.