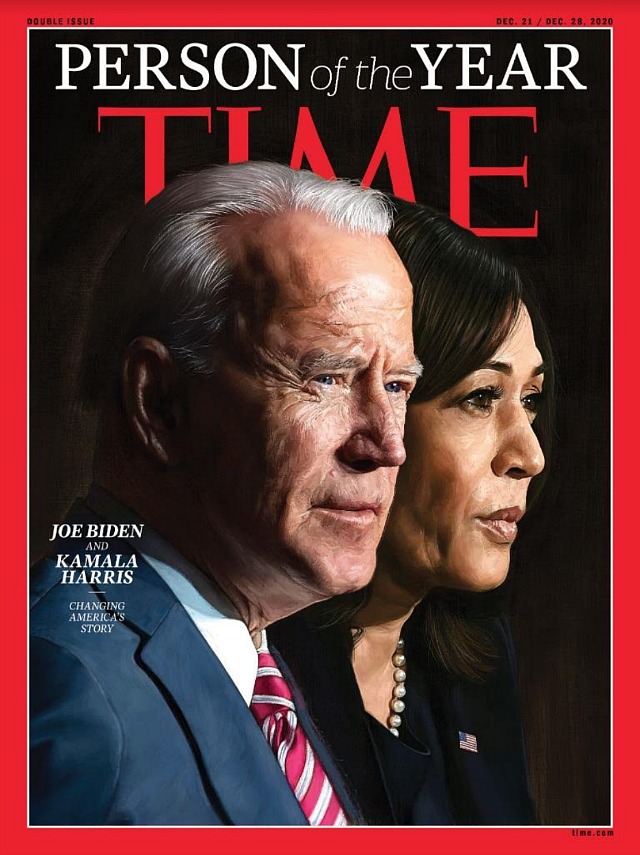 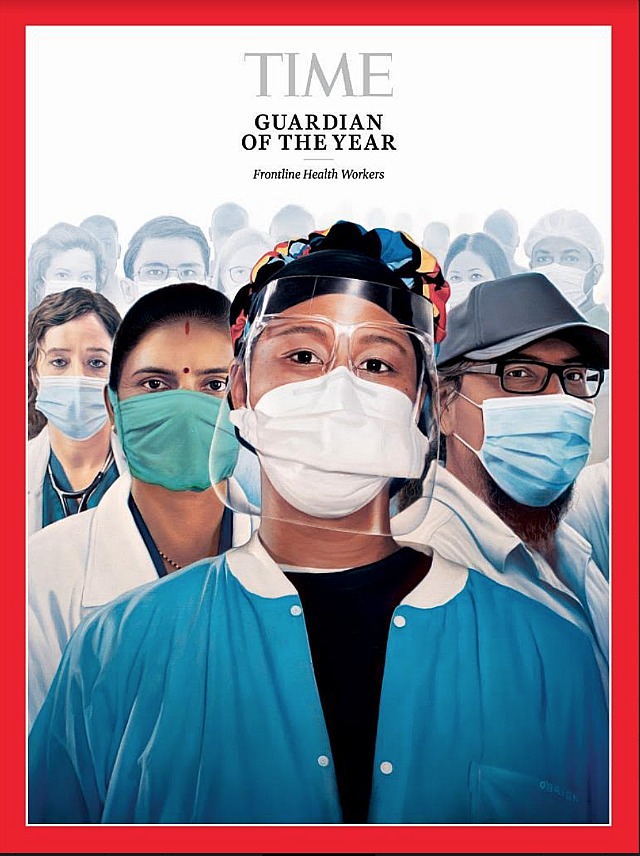 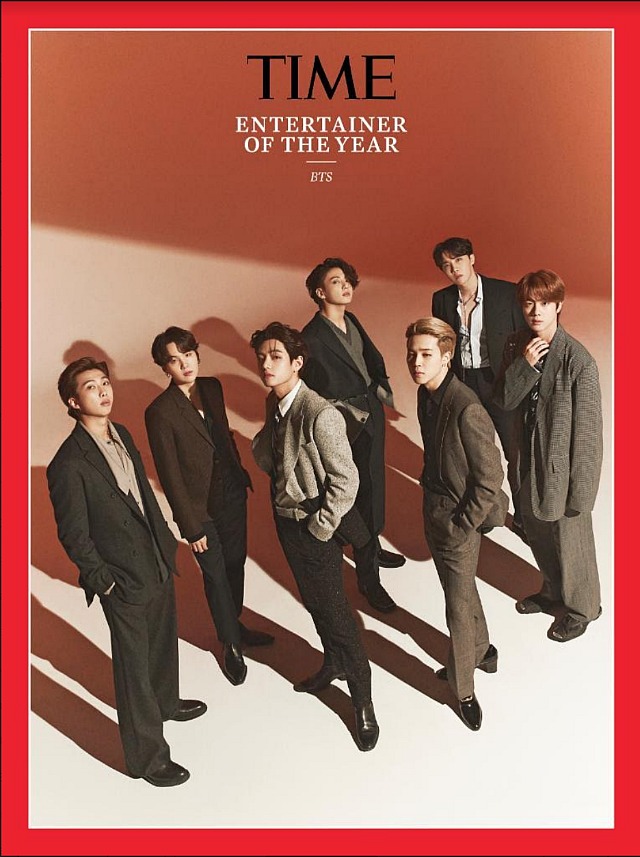 News excerpt: “On its first high-altitude flight, Elon Musk‘s SpaceX’s Starship rocket exploded the moment it hit the ground. Musk had said it was unlikely that Starship serial number 8 (SN8) would land safely — and the billionaire was quite correct.

The giant rocket took off from the firm’s Boca Chica, Texas testing facility at 5:45 pm ET, igniting its Raptor engines and soaring into the sky to successfully hit its goal of reaching an elevation of 7.8 miles (41,000 feet).”

And if Woody Allen‘s What’s Up, Tiger Lily? (’66) had a space-rocket sequence, it would’ve looked a lot like this Musk-supplied video.

With Rudy Giuliani flashing a thumbs-up after being released from a hospital following two days of rich-guy treatment for Covid-19, how much trouble could Ellen DeGeneres, also Covid-diagnosed, be in?

If she’s smart Ellen will shoot up with Regeneron, Remdesivir and all the other wealthy person nutrients and cocktails. Ellen’s show is on hiatus until January but everything is obviously fine.

Touch-and-go situations abound, I’m sure, but Herman Cain aside, Covid doesn’t seem to kill wealthy people. This much seems clear.

Steven Soderbergh‘s Let Them All Talk begins streaming today on HBO Max. In my 12.3 review, I called it “a smart, reasonably engrossing, better-than-mezzo-mezzo character study that largely takes place aboard the Queen Mary 2 during an Atlantic crossing.”

I explained that it’s “primarily about Alice, a moderately famous, sternly self-regarding novelist (Meryl Streep) and her somewhat brittle relationship with two old college friends, Susan and Roberta (Dianne Wiest, Candice Bergen), whom she’s invited along on a New York-to-Southhampton voyage, courtesy of her publisher.

Tagging along are Tyler (Lucas Hedges), Alice’s 20something nephew, and Karen (Gemma Chan), an anxious book editor whom Tyler takes an unfortunate shine to. Also aboard is a David Baldacci-like airport novelist (Dan Algrant) whose books Roberta and Susan adore, and who’s far more engaging and emotionally secure than Alice any day of the week.”

Bergen’s performance, I said, is “definitely a Best Supporting Actress nominee waiting to happen.” I’d really like to hear if there’s any agreement on this point. 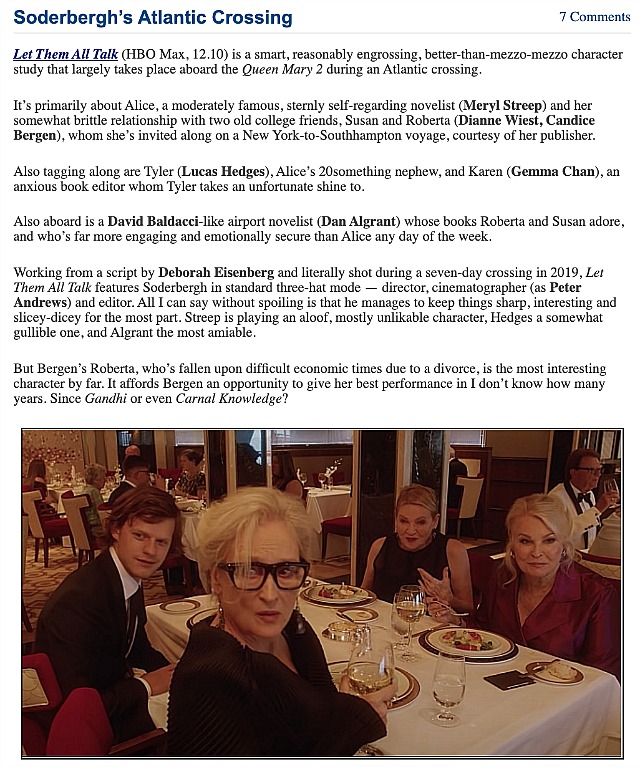 The following story (dated 12.10) has been reported by Rich Kirby for the Wilton, Connecticut version of patch.com:

Police are seeking the public’s assistance in their search for Michael Tannheimer, age 41. Tannheimer is white, with brown eyes and hair, [standing] 5’10” and [weighing] 170 pounds. He was last seen in Danbury wearing a blue t-shirt and tan pants.”

In mid December? It’s currently 46 degrees in Danbury, but yesterday it was much colder with snow flurries here and there. 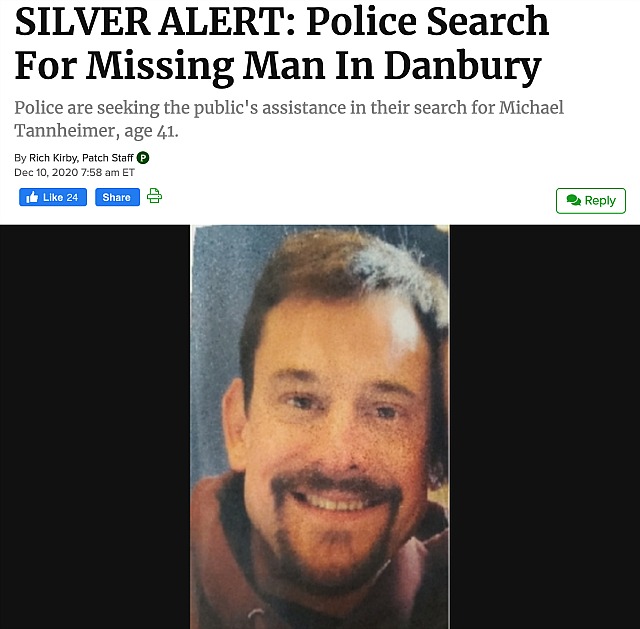 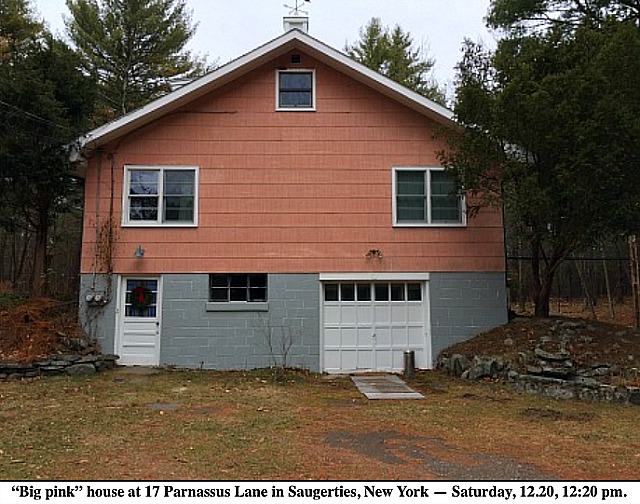 I missed Tuesday evening’s press-streaming window for George Clooney‘s The Midnight Sky. Then again it pops on Netflix tomorrow (Friday, 12.11) so…you know, all things in their own time.

I’m also feeling a certain measure of sorrow that the film has flunked with the aggregates — a dispiriting 58% on Rotten Tomatoes and a there-but-for-the-grace-of-God Metacritic rating of 54.

Clooney has described his film as The Revenant meets Gravity. My sense from the initial get-go (initial descriptions, stills, first trailer) has been doom meets gloom meets graybeard solemnity.

“…that everything’s gonna change now. That movie theatres are gonna become art houses and that the films that you and I make will only be seen on streaming. I don’t think that’s gonna happen.

As much as I personally believe and trust in Sorkin’s view, I strongly suspect that this age-old belief in the unique and unreplacable theatrical experience may be largely sentimental. Left to their own devices, people can be incredibly lazy and sloth-like. Not just during the last ten months, but eternally. I’m obviously talking about the under-40s.

In a 12.10 chat with N.Y. Times chatcaster Kara Swisher, Warner Media CEO Jason Kilar has insisted that at least for the time being, the just-announced plan to stream all Warner Bros films on HBO Max is not locked in beyond 2021. And if you believe that one…

Honest viewpoint: Kilar is a smart guy. He’s certainly riding the back of the tiger, and he laughs from the heart. But he also laughs (and this bothers me) like a fraternity guy.

Back to Sorkin: If you had asked me yesterday when theatre began I would’ve said around 2500 years ago, with the birth of Athenian tragedy, or sometime during the 6th century B.C. This is when theatre became a “thing,” certainly in terms of specific creative visions.