Last weekend I re-watched the extended cut of Ridley Scott and Cormac McCarthy‘s The Counselor (20th Century Fox, 10.25.13). It runs around 138 minutes, or 20 minutes longer than the theatrical cut.

I hadn’t watched the long cut in roughly seven years, and I’m telling you it’s aged beautifully — it’s a ruthlessly brilliant, ice-cold film about irrevocable fate and death by way of the Mexican drug cartels. And yet The Counselor‘s throat was cut by most critics, earning a meager 33% and 48% on Rotten Tomatoes and Metacritic, respectively.

The Counselor Bluray includes an excellent “making of” documentary that lasts around…oh, 45 minutes or so. For whatever reason it’s not on YouTube.

Initial HE review: “I was so impressed by the profound assurance, philosophical authority and thematic clarity in Ridley Scott‘s The Counselor (20th Century Fox, 10.25), which I saw last night, that I pleaded with Fox publicists to let me say a few things despite the Thursday afternoon review embargo. They gave me permission to do so.

“I was also very taken by the visually seductive stylings (the dp is Dariusz Wolski with editing by Pietro Scalia) and what I would call a bold but almost reckless indifference to conventional audience expectations for a film of this type.

“I asked to speak to Counselor producers Nick Wechsler and Steve Schwartz, and they called about an hour later and we talked for…oh, 15 minutes or so.”

“Take no notice of The Counselor‘s 34% Rotten Tomatoes rating. It simply means that a lot of reviewers found the movie unlikable or unpleasant. Or they found it too scary to handle — they had to push it away in order to go on living their lives. But shame on those reviewers who are calling it a bad or poorly made film, or that ‘everyone’s speech is awash in gaudy psycho-blather and Yoda-like observations,’ which is blind bullshit. Or that ‘you can’t believe a word of it.”

“Yes, you can. You can believe every word. You simply have to understand and accept that The Counselor is expressing a cold and clear-eyed view of the Mexican cartel drug business with a very blunt and eloquent voice. It is an undistilled visit to McCarthyland, which is to say the bleak moralistic realm of novelist and (in this instance) first-time screenwriter Cormac McCarthy. You can say “wow, that’s one cold and cruel place” and that’s fine, but you cannot call The Counselor a bad or negligible or sloppily made film. I hereby declare these viewpoints anathema and excommunicate.

Right now my movie streaming apps include Amazon, Netflix, HBO Max, Criterion, Apple, Vudu, YouTube and Hulu. No Disney or Google Play, and I’m not certain that Paramount (debuting on March 4) is all that necessary.

Charlton Heston‘s career peaked during the ’50s and ’60s — The Greatest Show on Earth, The Ten Commandments, Touch of Evil, The Big Country, Ben-Hur, El Cid, Planet of the Apes. In the ’70s he mostly became a prisoner of sci-fi and disaster films — The Omega Man, , Skyjacked, Soylent Green, Earthquake (1974), Airport 1975, Midway, Two-Minute Warning, Gray Lady Down. It got so I was feeling sorry for the poor guy.

If you ask anyone his performance as the devious and scheming Cardinal Richelieu in Richard Lester‘s The Three Musketeers (’74) and in the Four Musketeers follow-up was easily bis best ’70s performance, and arguably the last really first-rate role that he lucked into. “I did the picture because of Dick Lester,” Heston told the N.Y. Times‘ Mark Shivas.

I got my first vaccine stab (Pfizer-BioNTech) last night around 7 pm. My follow-up is scheduled for Tuesday, 3.16. No after-effects at all. Do I feel safer? I guess but I’ve never felt vulnerable. I happen to have one of those constitutions that repels viruses, or quickly rejects them if they find their way in.

It was exactly one year ago today that Donald Trump assured U.S. citizens that everything was jake and under control with the coronavirus. We all started wearing masks by sometime in early March. Things are going to be better by June or July. We might be out of the woods by next fall, but a voice in my chest says we won’t be fully done with this plague until spring of ’22. 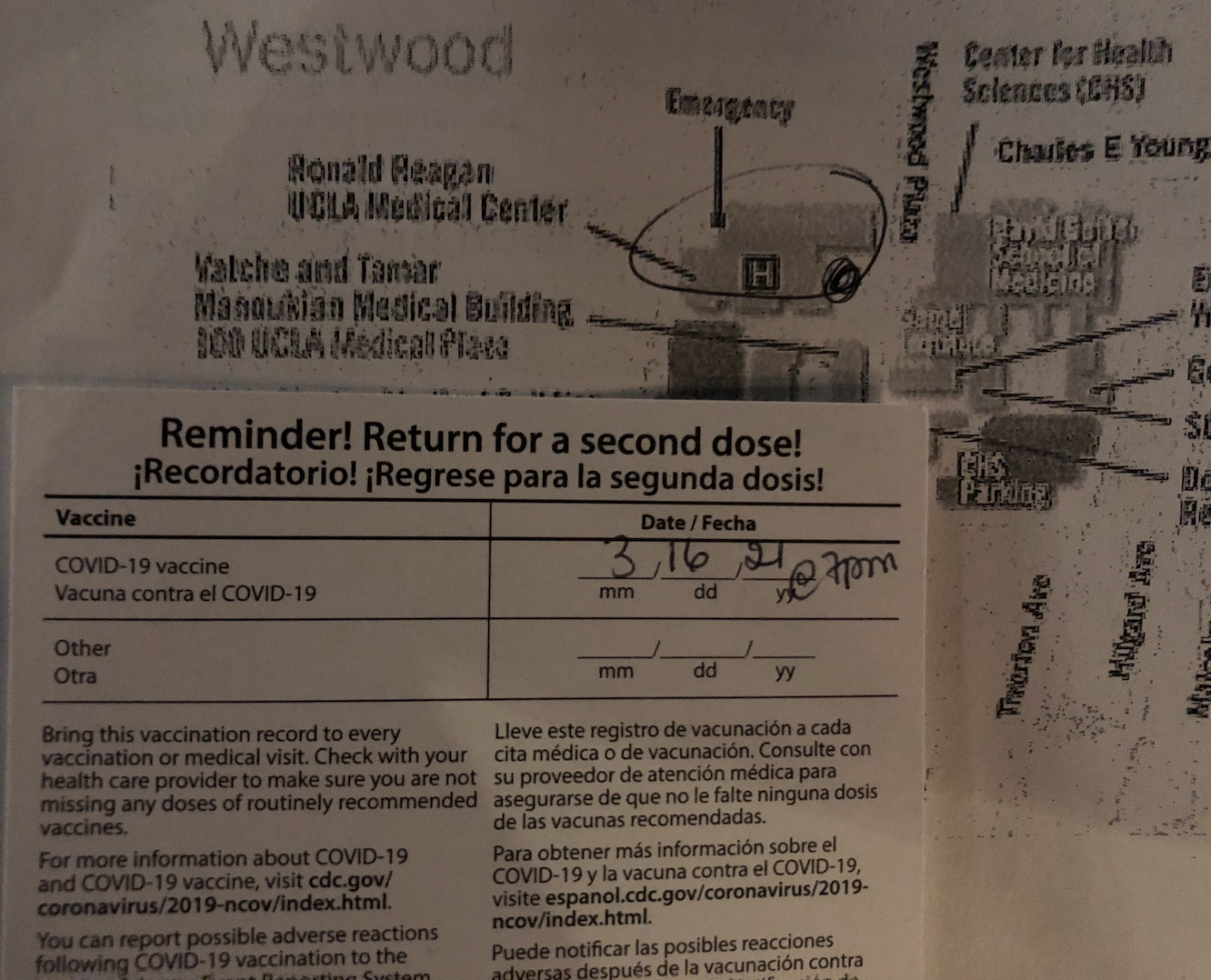 Dan Lindsay and T.J. Martin‘s Tina (HBORollin’ On Teh Rive Max, 3.27), a life of Tina Turner doc, will presumably explore the occasionally abusive relationship she endured with longtime romantic and musical partner Ike Turner (1931-2007), who struggled with cocaine-exacerbated issues in the ’70s. That’s a polite way of saying he was an abusive dick.

Tina, now 81, became a Swiss citizen in 2013. She lives in Château Algonquin, built on the edge of Lake Zurich in Küsnacht, Switzerland.

…that SpiderMan No Home was an oblique tribute to that Chinatown moment when Jack Nicholson pushes his way into Evelyn Mulwray‘s large mansion and notices the Asian-American maid laying drapes over the furniture. He asks what’s going on and the maid says, “Mrs. Mulwray no home.”

Then I thought, “Wait, a movie today can’t have an Asian person speaking imperfect English…the producers would be attacked for racism.” Then I realized the actual title is SpiderMan No Way Home. Oh. That’s a different kettle. Now I hate it. Actually I’ve hated the SpiderMan series for a long time now. Since before I was born.

This, we can confirm. #SpiderManNoWayHome only in movie theaters this Christmas. pic.twitter.com/kCeI8Vgkdm

“I love a good summer popcorn movie as much as the next person. I really do. Except we all know that most of them have been so CG-dependent and drearily formulaic and unimaginative and badly written that “summer popcorn movie” has become a euphemism for ‘big-studio CG piece of shit that makes you feel like a sucker when it’s over.’

“For me, there is almost no difference between watching a Spider-Man movie and reading a year-end profit-and-loss statement from the Sony corporation. They are about connecting the dots in order to connect the dots so the people who greenlighted and made them can make as much money as possible. The problem with that approach is, I don’t care about the bonus compensation deals.

“Spider-Man movies are about sitting through two hours of passable eye candy without any kind of human-scale believability or Raimi-esque personality or anything really ‘real.’ I tried watching the first one on DVD a while back and I couldn’t do it — it was awful.”