The last time I ordered good Korean food was during my 12-hour stopover in Seoul on 11.14.13. We visited a quaint little place in Seoul’s old town — Bukchon Hanok village. Last weekend a friend and I visited Chosun Galbee (3330 W Olympic Blvd. Los Angeles CA 90019), which is just around the corner from the original El Cholo. It’s technically an outdoor patio environment, but it didn’t feel like one. The owners are very strict about masks and wiping everything down and whatnot. Not cheap but good.

Yes, that’s my American flag mask on the lower right corner during the first ten seconds.

Friendo email: “I’ve said this a thousand times, and here goes again: Wokeness, cancel culture, etc., is a pathological disease, no argument…one that’s been building since around 2016, and the fact that Trump was in the White House totally fueled it. He didn’t create it, but he fueled it. That’s obvious.

“I get the fact that the Republicans and the right-wing media — deplorable scumbags, all — are officially against wokeness and cancel culture. But actually, they’re not. That’s an illusion.

“But do you think, right now, that if Donald Trump or Ben Shapiro had an opportunity to wave that magic wand and cancel wokeness and cancel culture, that they would do it?

“OF COURSE THEY WOULDN’T!!!

“They love, love, love having it to fight against. Because the right in this country isn’t selling policies. It’s selling vengeance.” 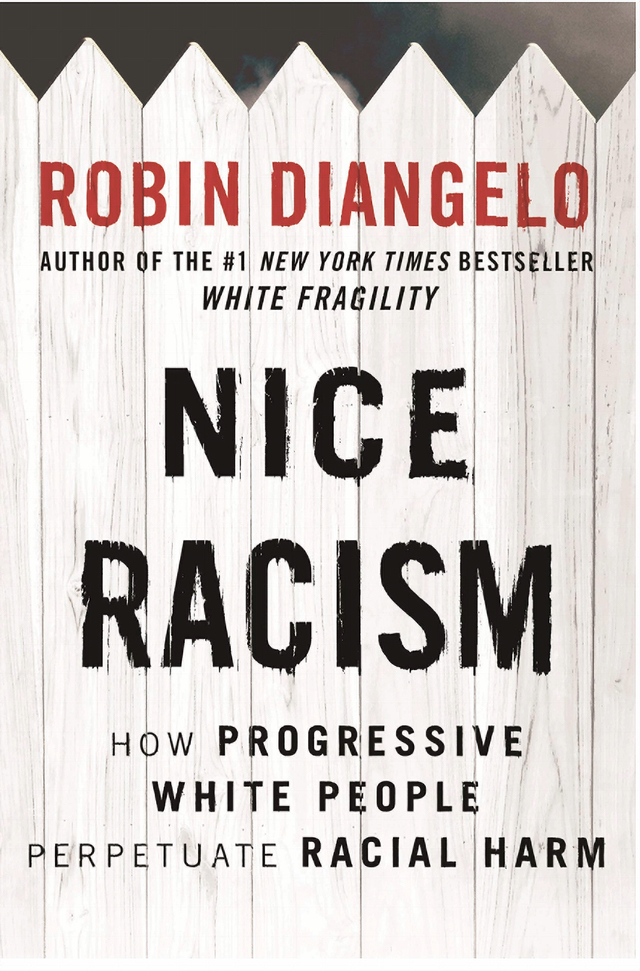 I’ve never paid the slightest attention to the Bachelor franchise (which began way back in ’02), but I’ve been loving the whole Rachel Lindsay vs. Bachelor host Chris Harrison and Bachelor contestant Rachel Kirkconnell thing. Anything to do with wokesters vs. regular folks, I’m there.

It began with photos of clueless Kirkconnell wearing a 19th Century hoop dress at some kind of college sorority Antebellum party, which in turn led to a combative interview between Lindsay and Harrison on 2.9.21, which led to Harrison taking a leave of absence for (a) defending Kirkconnell too vigorously and (b) slagging wokesters. (Update: Harrison is now toast — he’s been replaced by Emmanuel Acho.)

Lathan: “Leave Rachel the fuck alone. Rachel is not responsible for Chris Harrison, a 49-year-old man who can’t read the room in these present 2021 times. It’s not her job to make excuses or provide cover for somebody who doesn’t understand what fucking triggers people in today’s world. This harassment is going too far. My co-host has zero today with the words of a grown-ass man who still doesn’t get it.

“@chrisbharrison are you okay with people getting at Rachel to the point she can’t even exist on [Instagram]. Is anyone from the entire Bachelor Nation going to stand up and condemn this harassment of a Black woman? Yo it’s just a fucking TV SHOW, y’all need to relax for real. I love you RACH. Fuck these people.”

I still maintain that Vikram Jayanti‘s 2003 doc, The Golden Globes: Hollywood’s Dirty Little Secret, is one of the frankest, funniest and most revealing examinations of the HFPA ever assembled.

It used to be on YouTube, but when you click on the link you get Matt Atchity and Alonso Duralde instead. It was once viewable on TCM and Trio, but no longer. Here’s a 12.4.03 assessment by Variety‘s Brian Lowry. There’s a high quality version on Vimeo, but it’s private.

“While the HFPA’s ranks include a number of people of color, there are no Black members, a fact a representative says the group is aware of and is ‘committed to addressing.'” – from a 2.21 L.A. Times article by Josh Rottenberg and Stacy Perman titled “Who really gives out the Golden Globes? A tiny group full of quirky characters — and no Black members.” **

“The Hollywood Foreign Press Association, which has a reputation for making occasionally head-scratching choices when picking Globes nominees and winners, has faced further criticism for this year’s slate of nominations, which did not include several Black-led Oscar contenders such as Da 5 Bloods, Ma Rainey’s Black Bottom and Judas and the Black Messiah in the nominees for the group’s top award.” — from another Perman-Rottenberg 2.21 article, this one titled “Golden Globes voters in tumult: Members accuse Hollywood Foreign Press Assn. of self-dealing, ethical lapses.”

Everyone understands the current system of check-list requirements when it comes to major org memberships and the big awards shows, which is why it’s perplexing that the HFPA doesn’t just wise up and play along.

HE especially believes that Shaka King‘s Sidney Lumet-like Judas and the Black Messiah completely merited a Golden Globe nomination for Best Motion Picture, Drama, and that Lakeith Stanfield‘s performance as the traitorous Bill O’Neal — far more mesmerizing and penetrating than Daniel Kaluuya‘s Fred Hampton — should have been nominated for Best Supporting Actor.

And I’m still lamenting the absence of Steve McQueen‘s Mangrove — easily the finest feature film of 2020, but wrongly lumped into Emmy contention because it was originally offered on British TV last November as part of a five-part anthology called Small Axe.

“It seems the organization could address multiple concerns about its current composition — among the lifetime members is at least one who is legally blind — by taking a page out of the film Academy’s book and significantly expanding its membership to include people who are more active and legitimate. But to make it possible for such people to join the organization, the HFPA would also have to reform its ethics rules, and it is a big question mark if it would be willing to do so.

“Alternatively, studios, networks and talent could band together and boycott the Globes until things change — but it seems unlikely that anyone would want to risk being identified as the organizer of such a movement in case it fails to yield results.

“At the end of the day, it will probably once again fall upon the HFPA’s broadcasting partner for the Globes, currently NBC, to decide whether or not all of this behavior and attention is so bad that it needs to take action. I haven’t been able to obtain a copy of the broadcasting deal that was signed in 2018, but I suspect that NBC must have an out if it wants one — or wants to use one as a threat to demand change. Because without TV money, the HFPA would be cooked.

** Sharon Waxman said the exact same thing about the HFPA having no African American members in Vikram Jayanti‘s “The Golden Globes: Hollywood’s Dirty Little Secret” (’03). She says it around the 41:25 mark.