For the last five or six years Norwegians have been cutting their teeth on the disaster genre. First came Roar Uthaug‘s The Wave (’15), which I enjoyed and admired. Then John Andreas Andersen‘s The Quake (’18), which I didn’t see. And now Pål Øie‘s The Tunnel (aka Tunnelen), which opened in Norway in December 2019. It naturally reminded me of Rob Cohen and Sylvester Stallone‘s Daylight (’96).

IMDB user review: “To be honest, it’s not that great. No big-star cast, no fancy special effects but somehow i enjoyed it.” — Fella_shibby.

For what it’s worth, HE agrees with the cancellation of Pepe Le Pew, the sleazy French skunk who’s been putting lechy moves on reluctant cats since 1945, or 76 years ago. “Constantly on the quest for love” isn’t the half of it — he’s a masher, an obnoxious creep, even a “normalizer of rape culture,” as Charles Blow recently wrote. American culture chuckled along for decades**, but no longer.

One presumes that Speedy Gonzalez is next on the chopping block. And then that racist Jack Benny-Mel Blanc Mexican band routine that I wrote about on 4.28.18:

“Obviously built on dismissive racial stereotypes, this Mel Blanc-Jack Benny routine was regarded as hilarious back in the day. If I were to really let my guard down I’d admit that it’s still half-funny now, albeit in a lame, stupid-ass way. Four years ago a YouTube commenter named Armando Vertti said “I’m Mexican, and I find this SO FUCKING FUNNY!” It shows how different American attitudes were back in the Eisenhower-Kennedy days. (The sombrero-wearing guy was Mel Blanc, who voiced all the big WB cartoon characters — Bugs Bunny, Daffy Duck, Porky Pig, Tweety Bird, Sylvester the Cat, Yosemite Sam, Foghorn Leghorn, etc.) Will I get into trouble for posting this? I’m just saying ‘this is how it was.'”

The tide began to turn in the mid to late ’60s. Bill Dana dropped his Jose Jimenez routine in 1970.

The ten nominees for the Producers Guild of America’s Darryl F. Zanuck Award (equivalent to the Best Picture Oscar) are Borat Subsequent Moviefilm, Judas and the Black Messiah, Ma Rainey’s Black Bottom, Mank, Minari, Nomadland, One Night In Miami, Promising Young Woman, Sound Of Metal and The Trial of the Chicago 7. The shafted include The Father (easily one of the most carefully crafted alternate-reality films I’ve seen this century, one that doesn’t so much flip between reality and fantasy as one that deals old-man fantasy cards off the top and bottom of the deck) and News of the World. The champ will almost certainly be Nomadland. I’d be down with Chicago 7 becoming a surprise winner. The fact that Sound of Metal is the most spiritual film of the bunch…unfortunately that’s neither here nor there. I wish it were otherwise.

Everyone knows what it means to “do a Norbit” — it means possibly ruining your chances of winning an Oscar (as Eddie Murphy arguably did in 2006 and early ‘07) because you’ve given a downmarket, verging-on-hard-to-take performance in a coarse popcorn film released during award season and more precisely in the dumping ground of January and February.

From Richard Brody‘s “The Best Movie Performances of the Century So Far” (3.6.21), a perfectly written explanation of his #1 pick — Leonardo DiCaprio in The Wolf of Wall Street.

Brody: “DiCaprio is the most paradoxical of actors. A star since he was a teenager, he built his career around his charisma and his gift for mimicry; in most of his early performances, he seemed to be impersonating a movie star, and slipped frictionlessly into his roles as if they were costumes, regardless of the physical difficulty they involved. With The Wolf of Wall Street, he finally achieved his cinematic apotheosis. In the role of Jordan Belfort, a super-salesman and super-con-man whose hedonistic will to power is one with his consuming fury, DiCaprio seemed to tap deep into himself, even if in the way of mere fantasy and exuberant disinhibition. He so heatedly embraced the role’s excesses that they stuck to him; he flung himself so hard at its artifices that he shattered them and came through as more himself than he had ever been onscreen; he and his art finally met.”

I saw Martin Scorsese‘s The Wolf of Wall Street (Paramount, 12.25) for the second time last night, and it felt just as wild and manic as it did the first time. (And without an ounce of fat — it’s very tightly constructed.) And yet it’s a highly moral film…mostly. Scorsese, Leonardo DiCaprio, Jonah Hill and all the rest are never really “in the room” with these depraved Stratton Oakmont brokers. They’re obviously juiced with the spirit of play-acting and pumping the film up and revving their engines, but each and every scene has an invisible subtitle that says “do you see get what kind of sick diseased fucks these guys were?…do you understand that Jordan Belfort‘s exploits redefined the term ‘asshole’ for all time?”

Why, then, did I say that Wolf is “mostly” moral? Because there’s a subcurrent that revels in the bacchanalian exploits of Belfort and his homies. It broadly satirizes Roman-orgy behavior while winking at it. (Or half-winking.) Unlike the Queens-residing goombahs in Goodfellas, whom he obviously feels a mixed affection for, Scorsese clearly doesn’t like or relate to the Stratton Oakmont guys. But the 71 year-old director also knows first-hand how enjoyable drug-abuse can be for cocky Type-A personalities in groups, and he conveys this in spades. Wolf is clearly “personal” for Scorsese. Like everyone else who came of age in the ’60s and ’70s, he is believed to have “indulged” to some extent. (Whatever the truth of it, 1977’s New York, New York has long been regarded as a huge cocaine movie.) One presumes that Scorsese is living a sensible and relatively healthy life these days, but boy, does he remember!

From an English perspective, the Harry and Meghan story was always a primal one. We’ve all been educated to ignore and/or disdain issues concerning blood, tradition, ethnic heritage and tribal identity, but deep down many focus on these regardless. The Duke and Duchess of Sussex knew they were rattling that cage, and certain odious reactions from Harry’s family and the British tabloid press were enough to persuade the 30something couple to pull up stakes, leave England and set up a new   base of operations in Montecito.

If Jackie Gleason‘s Minnesota Fats was watching last night’s Oprah, Meghan and Harry interview from the TV lounge at Ames Billiards, he’d probably say, “Big John? You think these kids are hustlers?” And then he’d smile and chuckle. And Big John would answer, “Yeah, hustlers but the snowflake kind.” 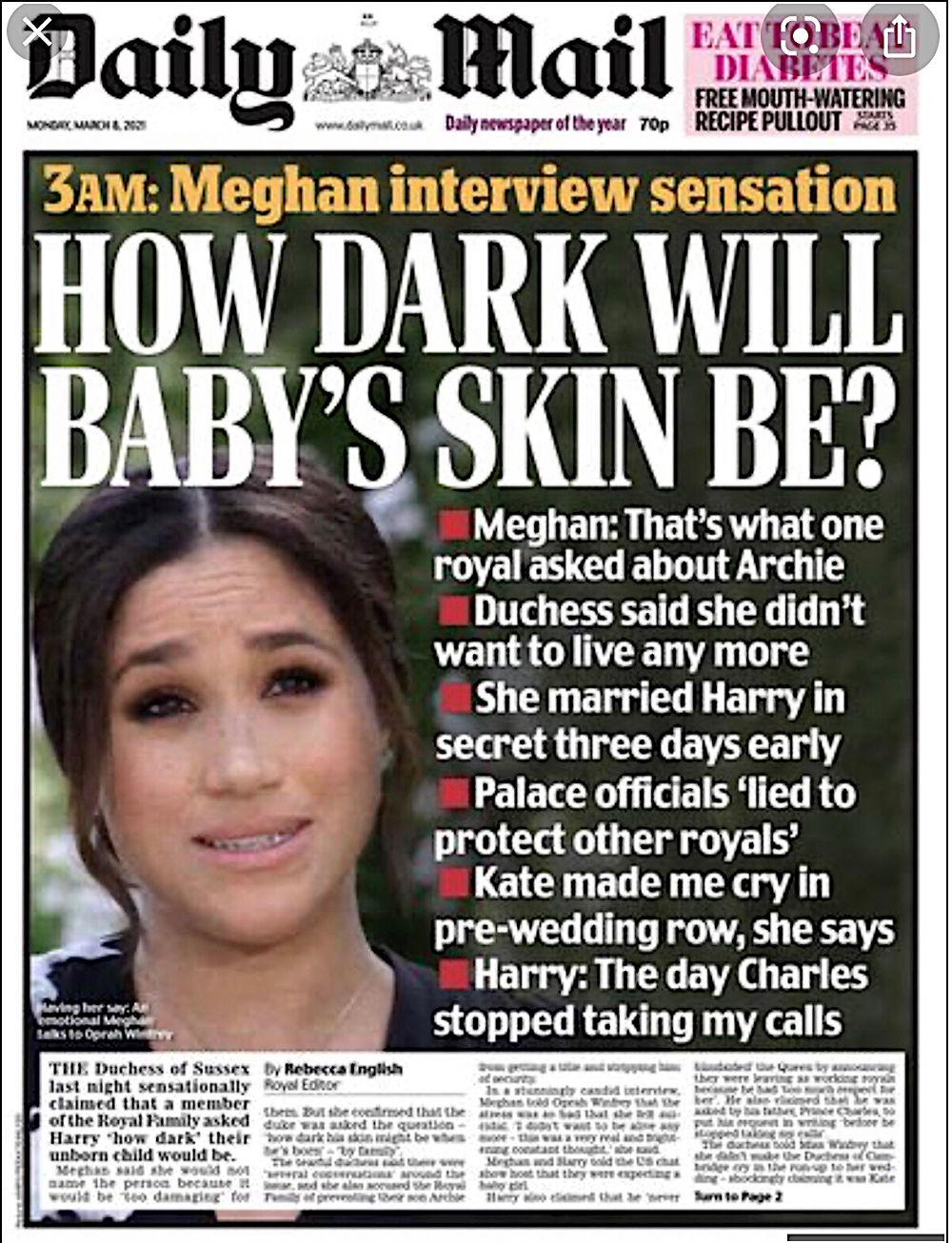 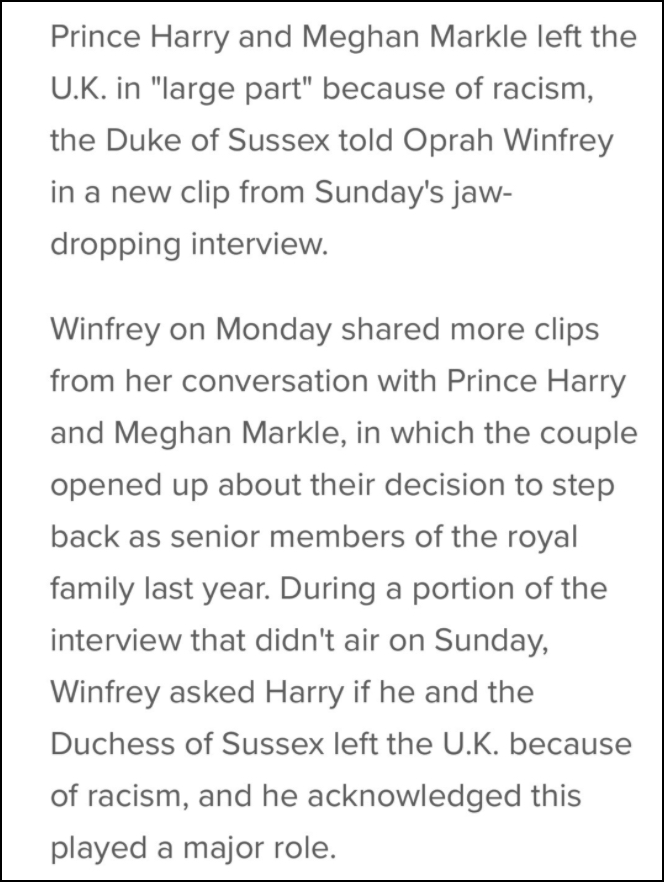 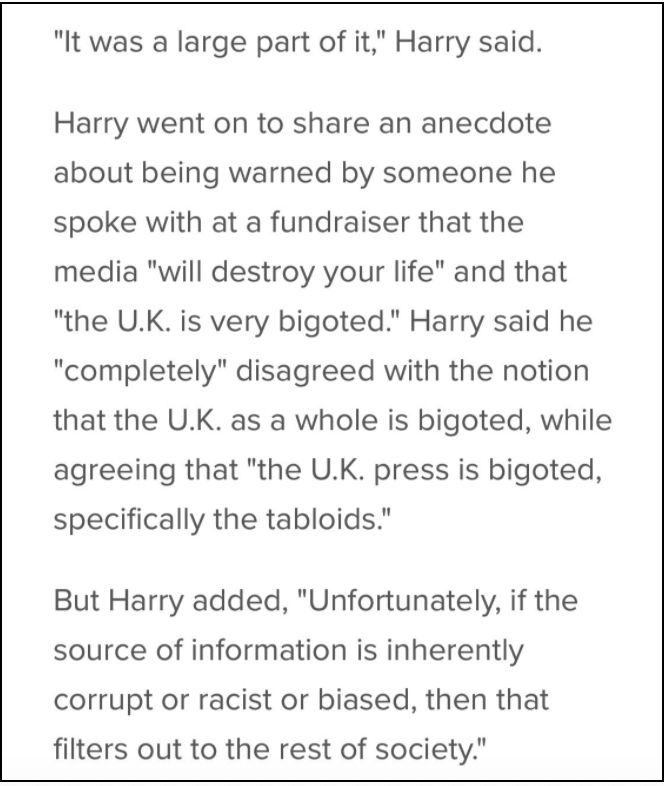 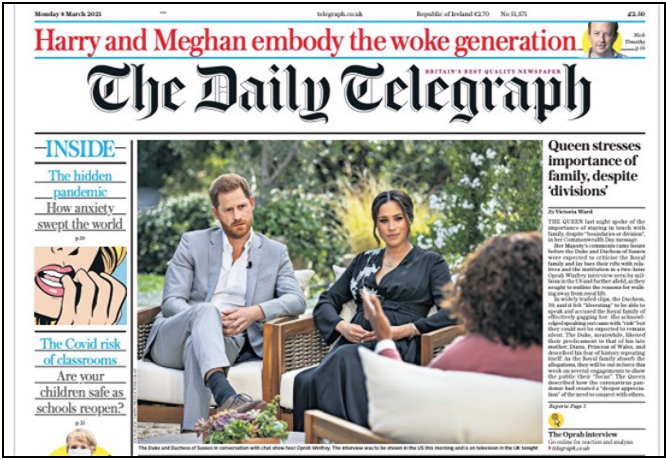