We’re staying at Black Rock Lodge in the western Belizean jungle — a surprisingly affordable three-star luxury hotel in which the most expensive rooms are $120 and change.

A couple of hours ago we were eating dinner on a huge open-air, grass-roof-covered veranda that overlooks the forested cliffs that face the hotel along with the Macal River. It was getting dark and we’d finished the main course when all of a sudden a live something-or-other dropped into my lap. I looked down with a studied nonchalance, brushed it off my lap and it hit the floor. We used Tatiana’s iPhone light to identity what had fallen from the sky.

It was a tiny gray bat that was writhing in some kind of pain. Tatiana nudged it slightly with her foot, and noticed that a trail of blood was pouring out of the little guy.

We did not kill it — nature or God or fate did.

Tatiana now believes that between the snarling pit bull and the bloody baby bat there is a vendetta on the part of Belizean animals to get me, in the same sense that birds were out to murder humanity in Alfred Hitchcock’s 1963 classic.

4:45 am update: Around 10 pm last night (Sunday, 6.6) I was sitting in darkness on the outdoor porch of our unit (cabin #16). I was editing something or other when I was swooped or dive-bombed by another bat. No visual confirmation but I felt it — the bat “attacked” my above-the-forehead hair in the same way that Tippi Hedren was dive-bombed in that Bodega Bay motorboat sequence in The Birds. And I heard it, of course — a furious wing-flutter sound, like a loud hummingbird.

5 am update: A Belizean puma just snuck up out of the dark and bit my ankle on the outdoor porch…kidding! Mick Jagger imagination.

But at the same time I am legend — seriously. I eat animal attacks for breakfast. My German genes snort derisively at any potential threat of infection.

This recent beating of a mouthy 67 year-old East Bay woman by a 21 year-old Latina Amazon delivery driver is a woke rage thing — white people need to understand their place and check their attitude, and if they fail in that regard beatings from non-white assailants will be severe — fair warning. Check your white privilege, bitch.

All due respect to ancient Mayan culture and their awesome pyramid structures, which have stood tall for several centuries. At the same time it’s highly unfortunate that Mel Gibson‘s Apocalypto is the first association that comes to mind.

53 Comments
“In The Heights” Dispute

Friendo: You’re going to absolutely hate In The Heights (Warner Bros., 6.10.21).
HE: Why will I hate it? I like the energy in the trailers. Obviously more part of our world than West Side Story.
Friendo: I think you’ll hate it, but who knows! It’s a woke jerkoff fest.
HE: Do you like musicals?
Friendo: I like old musicals like Singin’ in the Rain and The Band Wagon. This is a hip-hop musical
HE: I like good rhythmic hip-hop.
Friendo: There isn’t really a villain in the movie. If anything, the antagonist is “gentrification”.
HE: Okay, so it worships native flavor, identity, neighborhood. Sounds fine to me.
Friendo: I don’t think I saw a single white person. There must be some white people living in Washington Heights, no?


Friendo #1 responds: “In the Heights is fine…exuberant, soulful, compellingly staged. Plus the story of Dominicans or whatever with one foot in each country is valid and moving.

“Okay, it might have worked even better on stage; I’m not sure that they totally overcome the (intentionally) anecdotal structure of it. But any ‘it’s too woke for my blood!’ complaints seem bizarrely misplaced.”

Friendo #2: “It’s about as traditional as movie musicals get — a lot of musical numbers interrupted by lightweight plotting designed to move easily to the next tune. There is even a Busby Berkeley homage here.”

For me, the conclusion of Steven Spielberg‘s War of the Worlds (’05) is easily among the worst.

Having survived the Martian onslaught Tom Cruise and daughter Dakota Fanning arrive at the Boston home of his ex-wife’s parents, who are annoyingly played by Gene Barry and Ann Robinson, costars of George Pal and Byron Haskin‘s War of the Worlds (’53). The ex-wife (Miranda Otto) is also there; ditto Cruise’s son Robbie (Justin Chatwin), who’d impulsively joined the military in a brutal battle with the aliens and obviously had no chance of survival…and yet there he was. Bullshit. No Sale.

Jett and I saw Spielberg’s film at the Ziegfeld press screening. During the closing credits Jett said, “God, what did Spielberg do that? He had it and he blew it.”

Back in the day Alfred Hitchcock‘s The Birds was roundly despised for ending without any sort of resolution or catharsis. In so doing Hitchcock was essentially telling his audience that The Birds is an art film, and that it’s saying something about a permanent feature in the human brain — complacency.

My original complaint: “Soul betrays its audience by (a) encouraging them to identify with and believe in Joe Gardner‘s long-denied dream about becoming a jazz musician instead of a frustrated middle-school music teacher, only to (b) pull the rug out on Joe’s dream in Act Three and end things with Joe feeling uncertain about what he really wants to do with his remaining time on earth. Possibly jazz, possibly teaching…who knows?

“And what of our jazz-loving protagonist changing his mind at the last minute so he can save Tina Fey’s ’22’? I hated that. A major audience betrayal. I didn’t hate that he cared for and wanted to save 22, of course, but his whole big dream is to escape the perceived mediocrity of being a middle-school music teacher. We’re encouraged to identify with his quest to become a real musician and to share the joy of being in the groove.

“And then, after interminable delays, temporary blockages and goofy complications, he finally gets to play with the hot jazz group. And finally, all is well.
But then Joe changes his mind! He decides to go back to the celestial nether realm to ‘save’ 22 from her hellish deflated existence, and in so doing sacrifices (according to the Great Before rules) his own chance at life.

“And THEN the Picasso-like powers-that-be decide to bend the rules because he’s inspired them.

“And THEN when he’s back on planet earth Joe is STILL not sure what really matters to him. Will he continue to gig with the jazz group? Or will he embrace his full-tine teaching job? He’s not sure, but one thing he’s ABSOLUTELY sure of is that he’s going to treasure each & every day of his life from then on.” 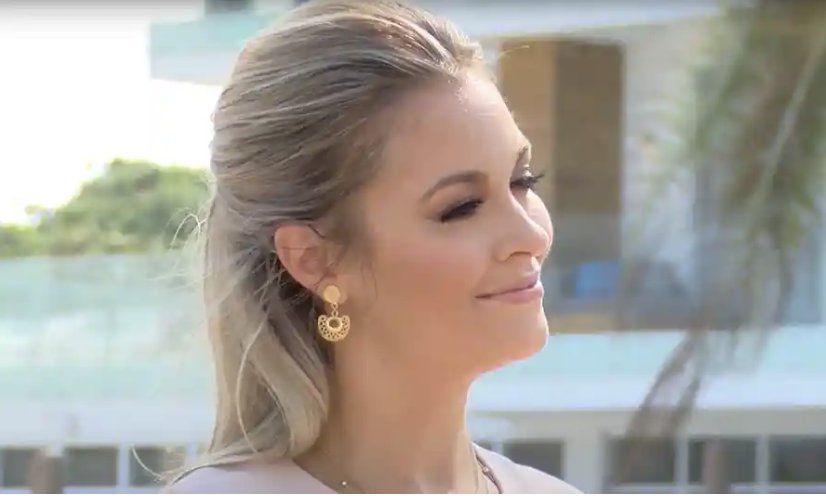 …how and why boomers (i.e., easily the greediest, most selfish and most generally destructive generation in American history) turned out the way they did.

Sometime around ’92 or ’93 I had a brief chat with Allen, whom I’d long worshipped for his ’50s and ’60s hot streak as the original Tonight Show host (’54 to ’56 — three years), the Sunday night Steve Allen Show on NBC, and the Hollywood-based, Westinghouse-produced Steve Allen Show.

Not to mention his having written more than 50 books plus his prowess as a composer-songwriter (over 8000 tunes). Easily the brightest guy of that generation (i.e., my dad’s) I’d ever spoken to.

My face-time session happened at the House of Blues. We only spoke for 15 minutes or so, but it was electric. (For me at least.). As I was thanking him and saying farewell I cried “schmock! schmock!” Allen laughed, patted me on the shoulder. [Originally posted on 6.23.19.]