This was snapped sometime in ’01 or ’02…somewhere in there. I’ve been to Prague seven or eight times. My first visit was a honeymoon thing with my ex-wife Maggie in October ’87. (Prague was a total Commie town back then, celebrating the 70th anniversary of the ’17 Russian revolution, scent of soft coal everywhere.) My second visit was in ’92 — managed to shake Vaclav Havel‘s hand at a bookstore. This visit, I think, was my third. 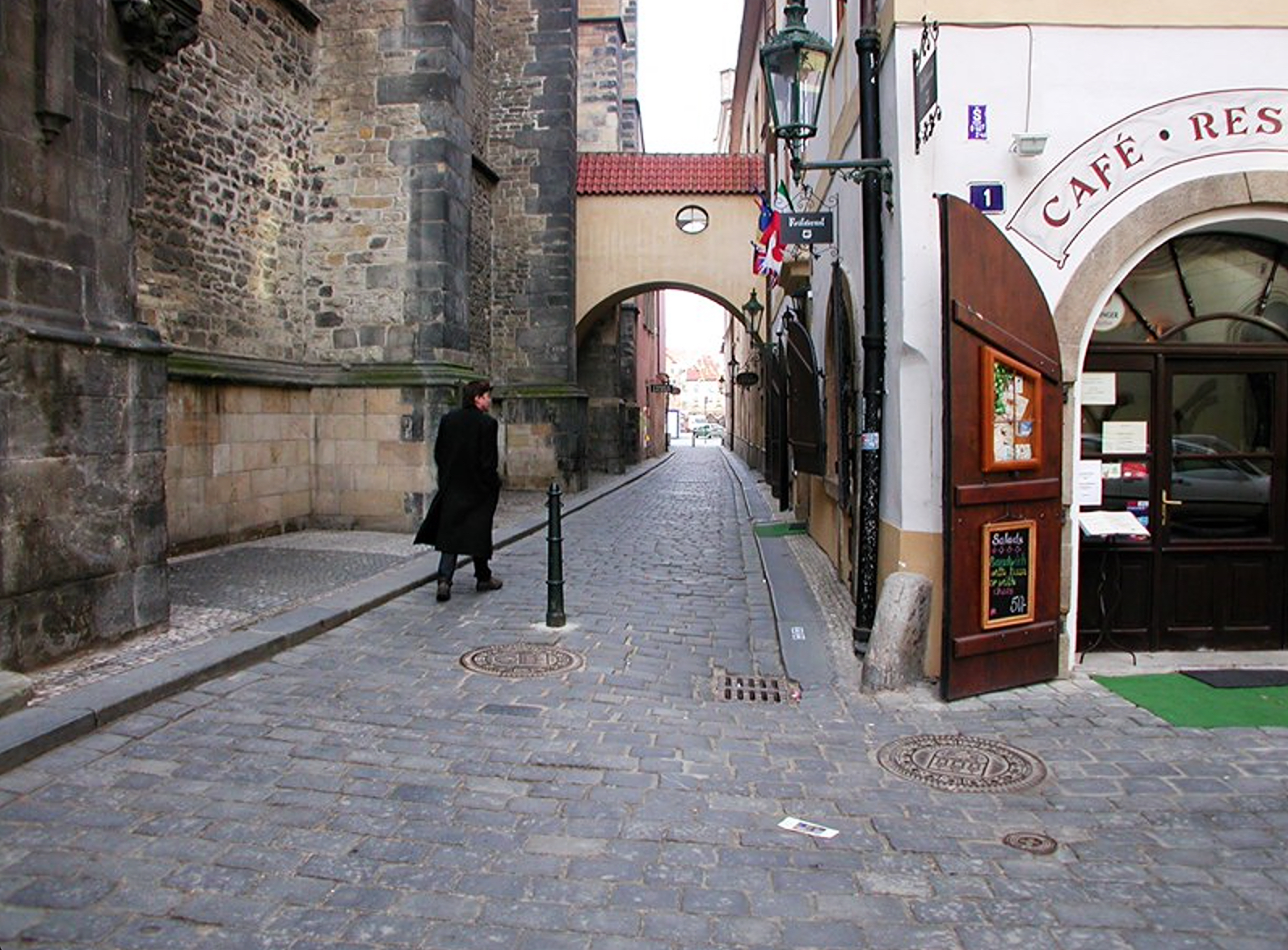 One of HE’s antagonists wrote the following in late September (edited): “I’m not going to share the whole story of how I came to believe I should write this to you. Suffice that I’m undergoing some serious harassment from a former friend and it’s not pleasant. Shoe having been on the other foot, I’ve experienced some clarity.

“Whatever [the motivation, my psychology has] compelled me to act in ways that are unacceptable, both professionally and personally.

“So I’m apologizing, again. And I know you won’t trust it and I do not blame you. I will continue to find a good number of your opinions exasperating, but I’ll try in the future to make a point of not making a point of it. I just wanted to apologize for real and let you know that from hereon in I’ll be making a genuine effort not to make any more trouble for you.”

HE reply [same day]: “Was this written by a humanoid seed pod from Don Siegel’s Invasion of the Body Snatchers?

“You’ve now sent three emails saying ‘I’ve been a toxic dick and I’m sorry’…right? One seven or eight years ago, and then another (or so I recall) and now this one. It’s a pattern.

“This isn’t real unless you post it on Twitter. Maybe it’ll start something. Maybe some of the other battery-acid Robespierre haters will read it and think ‘hmm, maybe I should ease up on my own anti-HE bullshit.’

“Go to Twitter and it’s real. Keep it private and it’s not. Only a fool would presume otherwise.”

HE antagonist back to HE, the same day: “Your proposition interests me. [Perhaps] a proclamation of principles as applied to my treatment of you might be in order. I shall give it serious consideration.”

World of Reel‘s Jordan Ruimy has posted an intriguing list of films that should (and probably will) be released in 2022. I’ve boldfaced the ones I’m especially interested in, which come to 18 or 19.

Note: Terence Malick needs between two and three years in post-production to prepare a film for release. The Way of the Wind began filming a couple of years ago, so by my estimation it probably won’t be out for another year. 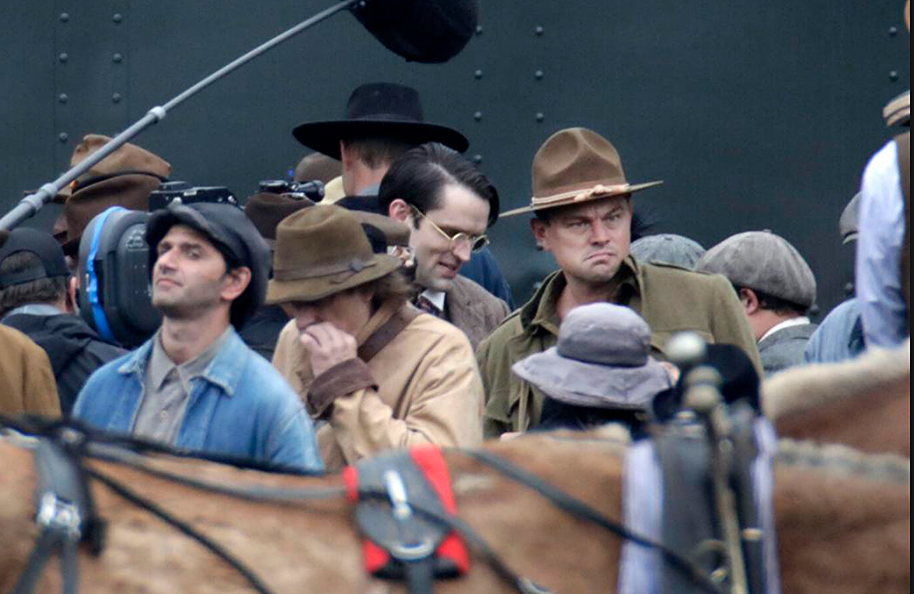 Every now and then an essay will seem insufficient on some level. It’s saying something intelligent but what? That Dave Chappelle is rich? That’s it? All I know is that this New Yorker piece about the discordant reaction to Dave Chappelle‘s The Closer, written by Jelani Cobb and dated 10.24.21, is lacking on some level. The phrasing needs to be blunter, cruder, more declarative.

Excerpt: “The Closer marks a new iteration of the ongoing debate about cancel culture, but not necessarily for the reasons that Chappelle intended.

“In 2005, it meant something for a Black man to reject an enormous pile of money in the name of integrity. The past two weeks reiterated a contrasting point: that Black men, too, can be invested in the prerogatives that wealth purchases. Earlier this year, Netflix removed old episodes of Chappelle’s Show from the platform at the comedian’s request, forgoing the revenue it would have reaped, after he called the contract that allowed Comedy Central to profit from the show more than a decade and a half after its release exploitative. Sarandos has dismissed requests from trans employees that The Closer be removed.

“The most reactionary and dangerous parts of our current politics and culture are driven by powerful people who claim to be the victims of groups that are far more vulnerable than they are. The irony is that these dynamics are increasingly present in matters of racism.

“Days after The Closer aired, Chappelle performed at a sold-out event at the Hollywood Bowl, before an audience that included Nas, Lizzo, Stevie Wonder, Brad Pitt and Tiffany Haddish. He remains powerful and influential, despite the protests from a comparatively small community of activists and their supporters. The turbulence around The Closer will, in all likelihood, amount to just another speed bump in Chappelle’s path. In gliding through this situation, he has emphasized a fact about power that was never particularly noteworthy. Because the one thing that has not been cancelled is the check.”

Diana Again
"There’s no doubt Diana, Princess of Wales went through some tough times as she navigated her initiation into royal life and later her crumbling marital relationship. Login with Patreon to view this post
October 24, 2021 5:26 pmby Jeffrey Wells
179 Comments
Sinking “Dune” Ship 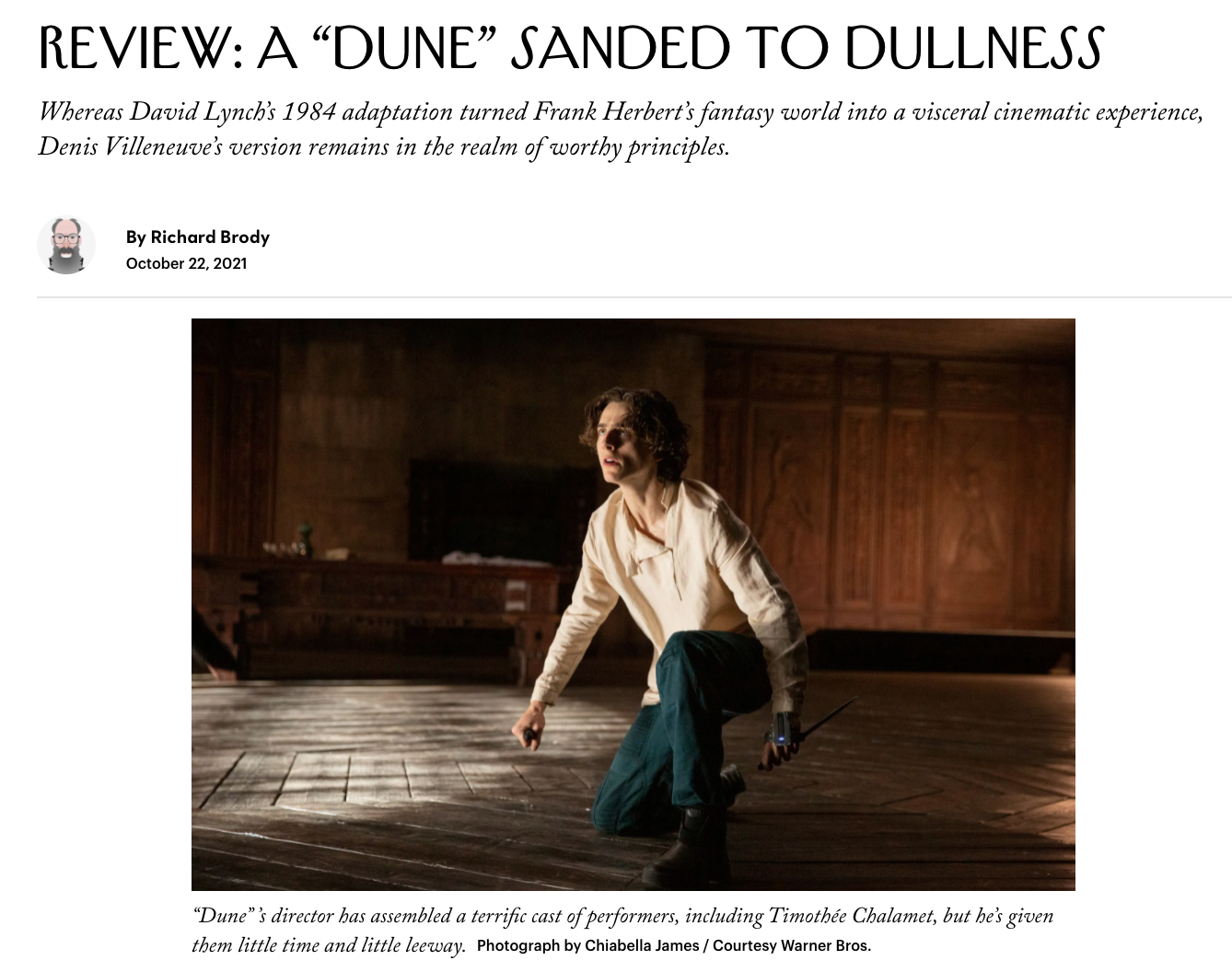 When asked if they “like” Errol Flynn, every last thread commenter except myself answered in the affirmative — “Yes!…love the man!…rakishly charming and handsome!…great buckler of swash!” and so on.

[Thanks to World of Reel’s Jordan Ruimy.]