HE sez: A for vision, A for speaking comic truth, A for Leonardo DiCaprio’s explosive acting in two temper-tantrum scenes and…uhm, somewhere between a B-minus and a C-plus for execution.

Very ballsy and bold Strangelove-like satire that feels like an extended, gargantuan, improv-y, effects-laden SNL super-skit about massive self-delusion & self-destruction, and yet oddly inert in certain portions. But not entirely.

Because at the same time it’s really out there and righteously wackazoid, and it works now and then.

Coen’s “Macbeth” Is A Pleasant Surprise
Last night I watched Joel Coen and Frances McDormand's The Tragedy of Macbeth (Apple, 12.25). For some reason I woke up at 4:30 this morning, and just as my head was clearing a friend texted to ask what I thought. Login with Patreon to view this post
December 10, 2021 1:12 pmby Jeffrey Wells
41 Comments
Coen Came To Terms With Presentism

The cast of Joel Coen‘s The Tragedy of Macbeth, a play about medieval Scotland, is pretty close to one-third African American. Presentism is par for the course these days, of course, but Coen and wife-producer-costar Frances McDormand seem to have moved beyond your obligatory woke casting requirements.

Which is a switch for Joel, at least compared to remarks he and brother Ethan made during an interview with The Daily Beast‘s Jen Yamato in February ’16 while promoting Hail Ceasar.

Yamato had brought up the issue of diverse casting and multi-ethnic representation. Even though Hail Ceasar was set in the racially illiberal early ’50s, her beef was basically #WhyIsHailCaesarSoWhite? Joel’s attitude was quite resistant and in fact fairly dismissive. Boiled down, his view was “why should I ethnically mix up my cast just for political reasons?”

It’s probably fair to say that a different Joel was at the helm when it came to casting The Tragedy of Macbeth. I know nothing, but I suspect that McDormand told him “you can’t really play it that way now, plus there are so many great actors of color out there…you should get in on this.”

Obviously Joel could have ignored the presentism requirement and made Macbeth as a traditional all-paleface play a la Roman Polanski and Orson Welles, and if anyone had complained he could have used the same argument he threw at Yamato. So why didn’t he? Because the Yamato mindset is industry-wide now, and he figured “well, I guess I need to get with the program…why make trouble for myself?…why not just embrace presentism and turn it into a plus?” 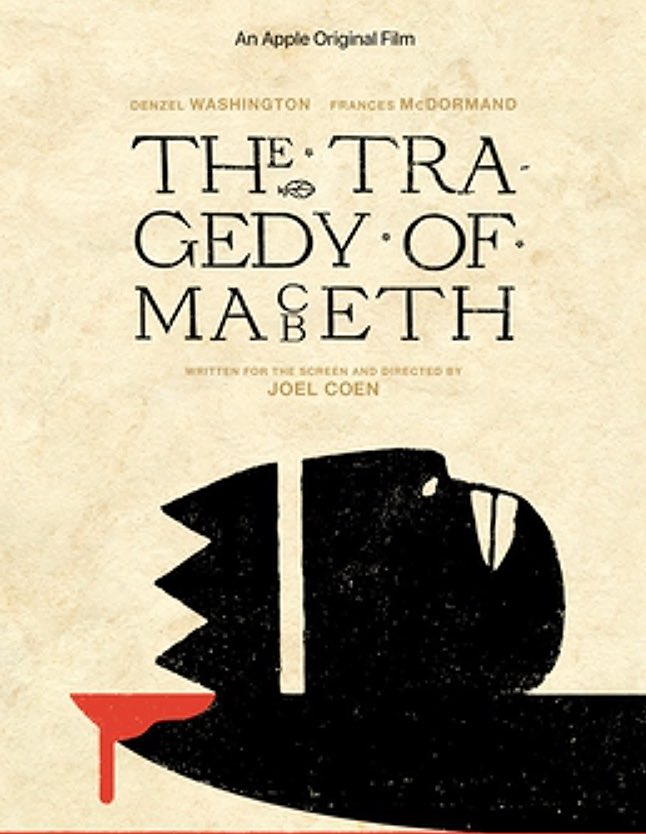 12 Comments
“Why Do You Make It Harder [For Us] To Support You?”

…in which Steven Spielberg‘s West Side Story, one of the best of the year and one of the most inventively alive remakes of all time plus a likely winner of the Best Picture Oscar, is looking at a first-weekend gross between $12 and $17 million. Because under-25s see it as a GenX and boomer nostalgia thing, which is what it partly is — let’s face it. It cost over $100 million to produce, and will probably end up losing money.

Meanwhile Jon Watts, Kevin Feige and Amy Pascal‘s Spider-Man: No Way Home (12.17) is looking at opening-day gross of $40 million and probably $200 million by 12.19. WSS is mostly an older-audience thing (30-plus) while Spider-Man (which I would watch only under Clockwork Orange-style restraints) owns the 25-and-unders.

Really hope people safely return to movie theaters this weekend to watch a beautiful film from one of our greatest filmmakers—Steven Spielberg’s WEST SIDE STORY—in the way it deserves to be seen. It’s a beauty, and we’ll be talking about Rachel Zegler for the rest of our lives.💃🏽 pic.twitter.com/yA8s28WnGX

Michael Nesmith, to his credit the most contrarian and independent-minded member of the mid to late ’60s embarassment known as The Monkees, passed early today at age 78.

Nesmith hated the fakeness and pushed for the band’s right to play their own instruments and not just go through the motions as network-controlled Beatles imitators. Nesmith wrote and performed ““Papa Gene’s Blues” and “Joanne.” In ’81 Nesmith won a Grammy Award given for Video of the Year for his hour-long TV show, Elephant Parts. He was also an exec producer of Repo Man (’84).

Three Monkees have now merged with the Great Beyond — Nesmith, Peter Tork and Davy Jones. Only drummer-singer Mickey Dolenz, 76, remains to hold down the fort

Consider Bari Weiss’s 12.9.21 podcast about the Jussie Smollett fakery. She speaks to Wilfred Reilly, a mixed-race author of “Hate Crime Hoax: How the Left is Selling a Fake Race War” and an Assistant Professor of Political Science at Kentucky State University.

Infected Beast Spread It Around
During his four days of debate prep with the secretly infected Donald Trump, Chris Christie got Covid and wound up in the hospital and in serious trouble. Apparently chief of staff Mark Meadows knew Trump was infected during those four days. A pig, an animal and a complete sociopath, Trump may have infected as many as six people during that prep. And Meadows, says Christie, kept this information under wraps "for a book...he saved it for a book." Login with Patreon to view this post
December 10, 2021 9:22 amby Jeffrey Wells
21 Comments
Not Much Tension in Best Actor Race

If it was my final responsibility to chose the five 2021 Best Actor Oscar nominees, I would select…

1. King Richard‘s Will Smith — a fully convincing portrayal of a gnarly pain-in-the-ass who’s all about persistence, obstinacy and discipline…Smith is obviously the most likely winner;

2. The Power of the Dog‘s Benedict Cumberbatch — An unforgettable performance as Phil Burbank, the stinky and cruel closet case who “deserves to die” — obviously first=rate acting but at the end of the day people vote for the character as well as the technique, and in this case the ugly vibes are too strong to permit a win;

3. Cyrano‘s Peter Dinklage — will others please acknowledge what an assured, perfectly finessed and deeply felt performance this is?;

4 & 5. Tie between Red Rocket‘s Simon Rex and The Tragedy of Macbeth‘s Denzel Washington — I just saw Macbeth last night, and was seriously stirred and even surprised by Denzel’s haunted Thane of Cawdor. Rocket-wise, kudos to a brave and realistic capturing of the second most reprehensible lead male character of the year, secondly only to Adam Driver‘s Annette protagonist;

7. Pig‘s Nicolas Cage — An honorable, deeply felt portrayal of a traumatized loner, but Cage has become too well defined as Mr. Weird Oddball Schtick — to stand out he needs to act against his usual type.

9. Tick, Tick … Boom!‘s Andrew Garfield — I found Garfield’s Jonathan Larson performance overly manic and frazzled and stressed out (yes, I know — that’s what Larson was going through). Plus I didn’t care for the songs at all. If the film had been about Larson finally putting Rent together and getting it produced and then tragically passing the day before previews began, I would probably feel differently.

10. Cmon C’mon‘s Joaquin Phoenix — I’m sorry but gentle and nurturing Joaquin doesn’t work for me…JP has been put on this earth to play nutters and eccentrics and wacky cigarette-smoking weirdos.

12. House of Gucci‘s Adam Driver — An accomplished performance as Maurizio Gucci, but Driver really needs to be punished for his Annette performance

13. The Card Counter‘s Oscar Isaac — a close-to-perfect performance is ruined by Oscar’s (i.e., “William Tell”) decision to hook up with Tiffany Haddish‘s “La Linda,” whom I didn’t believe at all, and wasn’t helped his curiously unsatisfying decision to [redacted].