Sundance Is Over — Nobody Cares
The Sundance Film Festival mattered a great deal for 26 or 27 years, which is a long time when you think about how Robert Redford, Jeff Gilmore and John Cooper spearheaded the mythology of indie Hollywood and changed the game so much between the early '90s and the mid teens, and how influential it all was. Nobody can take away those glory years. I was there for 25 or 26 of them ('94 to '19, something like that) and I loved every chapter, every surprise, every breakthrough, every film that made a mark, every adventure and wild party. It's all over now, but that's the way of things. Sooner or later, every good idea or initiative or inspirational course of action comes to an end. Login with Patreon to view this post
January 4, 2022 7:30 pmby Jeffrey Wells
3 Comments
Buy Boxy “Touch of Evil” While You Can

HE to Kino Video regarding upcoming Touch of Evil 4K Bluray (streeting on 2.22.22): As you guys presumably recall, England’s Masters of Cinema / Eureka Video released two versions of a Touch of Evil Bluray in two aspect ratios — 1.85 and 1.37 — roughly a decade ago.

A Kino Lorber spokesperson has confirmed that their forthcoming 4K version will be formatted only in 1.85.

In November 2011 Eureka Video released a Bluray of Orson Welles‘ Touch of Evil (1958) with five different versions of the film.

We’re actually talking three versions of the film, two of which are presented in both 1.37 and 1.85 aspect ratios and one (the 1958 pre-release version) presented in 1.85 only. The 1998 reconstructed version, running 112 minutes, that was put together by Walter Murch, Bob O’Neil and Bill Varney, is presented in 1.37 and 1.85.

Two aspect ratios for both versions is so hardcore, so film-nerdy…your heart goes out to people with this much devotion.

But the orange jacket-cover backdrop is, for me, a problem. To advertise a revered classic film taking place in a Mexican border town and shot in the gritty environs of Venice, California, Eureka chose one of the most needlessly intense and eye-sore-ish colors in the spectrum? A color that says traffic cones and prison jump suits? 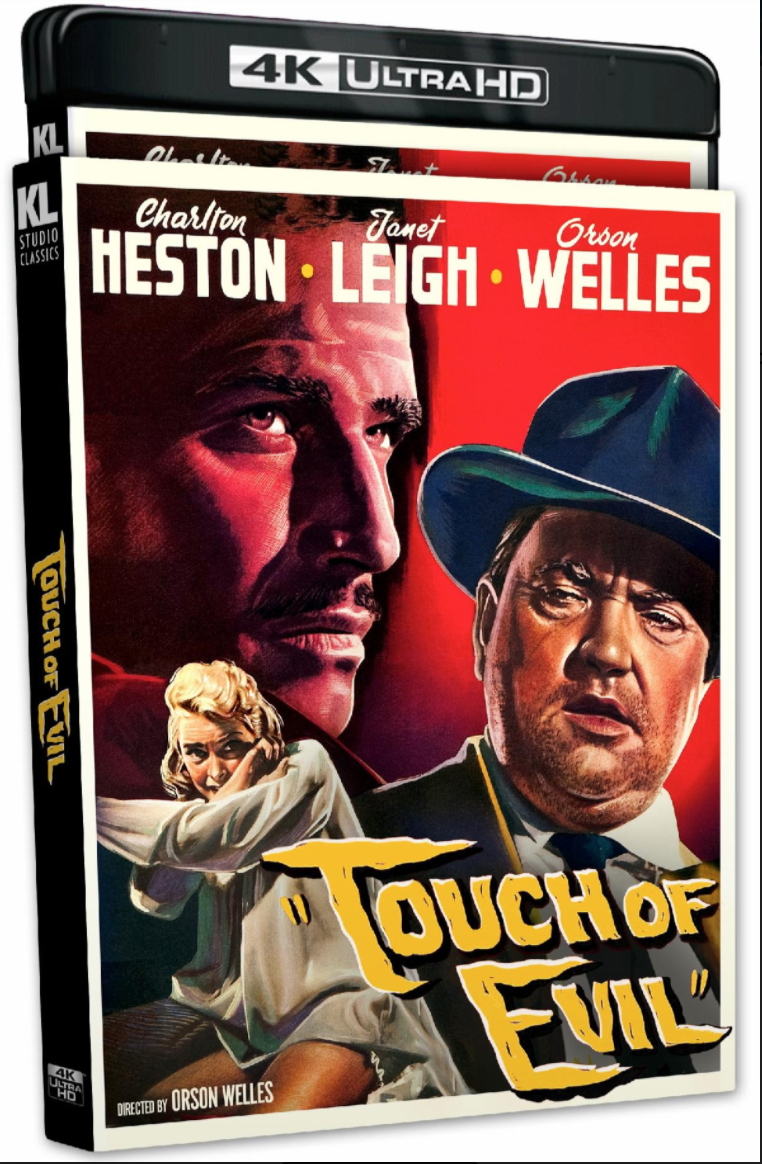 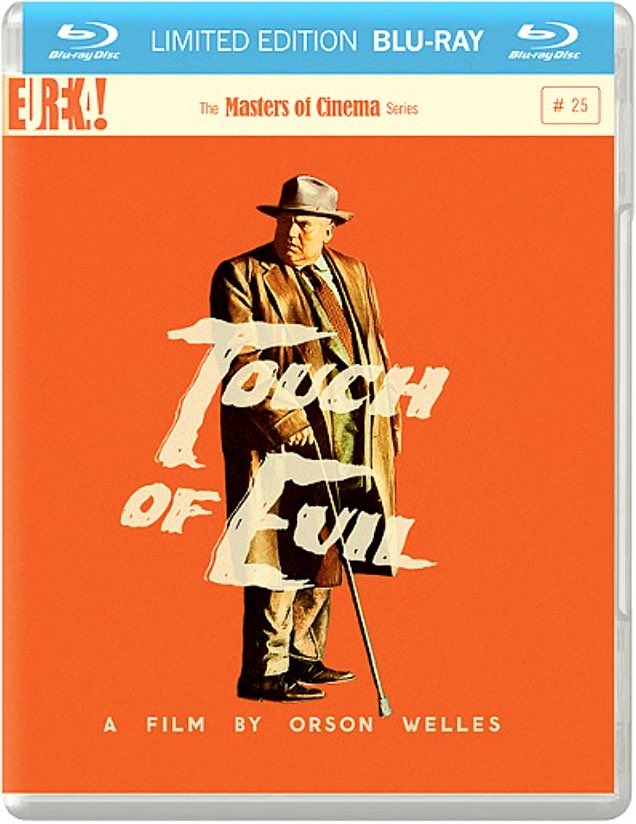 Last night Sasha Stone tapped out a longish paragraph [below] that explained the idea of a hothouse flower Best Picture contender. She was responding to people who were attempting to belittle the idea of Spider-Man: No Way Home being Best Picture-nominated.

My definition of a hothouse-flower Best Picture nominee is fairly generic — one that is frail and extra delicate, and can only thrive inside a glassed-off, temperature-controlled, lovingly pampered environment…a film that would sadly but instantly start to wither and die after being exposed to the raw and unruly elements.

I don’t happen to feel that Maggie Gyllenhaal‘s The Lost Daughter qualifies (I think it’s a real movie…a bit weird but true to itself) but every Kelly Reichardt film is, by natural default, a hothouse flower. And the biggest hothouse flower of the entire award season, of course, is Jane Campion‘s The Power of the Dog.

You can call Spider–Man: No Way Home this or that, but one thing you definitely can’t call it is a hothouse flower.

Friendo: “The reason [certain films] aren’t hothouse flowers is that they weren’t conceived and financed to win Best Picture at the Oscars. Not every ‘small’ or independent or foreign movie, made simply to be itself, is a hothouse flower. Parasite wasn’t a hothouse flower; what happened there was a fluke. But The Power of the Dog was most definitely conceived as Jane Campion‘s Return To Oscar Glory.

“But not every smallish film of artistic reach that plays on the fall-festival circuit necessarily meets all the criteria for hothouse -flowerdom. Sure, those films are, by definition, being positioned as potential Oscar contenders. But partly it’s an aesthetic judgment. I feel like The Power of the Dog and Belfast are hothouse flowers in no small part because they fail as storytelling.”

If you know your Sterling Hayden stories, the one about being unable to deliver Gen. Jack Ripper‘s dialogue on Hayden’s first day of shooting Dr. Strangelove is perhaps the most familiar of all. But the story still sings.

Sutton’s first smiles began to happen just before New Year’s Eve. After five or six weeks of living and looking around and assessing things on her own. This is the first half-decent capturing of one of those moments, or at least the first I’ve been shown.

“We no longer share basic truths,” says New York Times columnist Thomas Friedman about some supporters of former Pres. Trump who are in denial about the Jan. 6 insurrection. “The country as a whole is losing its cognitive immunity, it’s ability to sort out fact from fiction.” pic.twitter.com/ZVEWCzZlWL 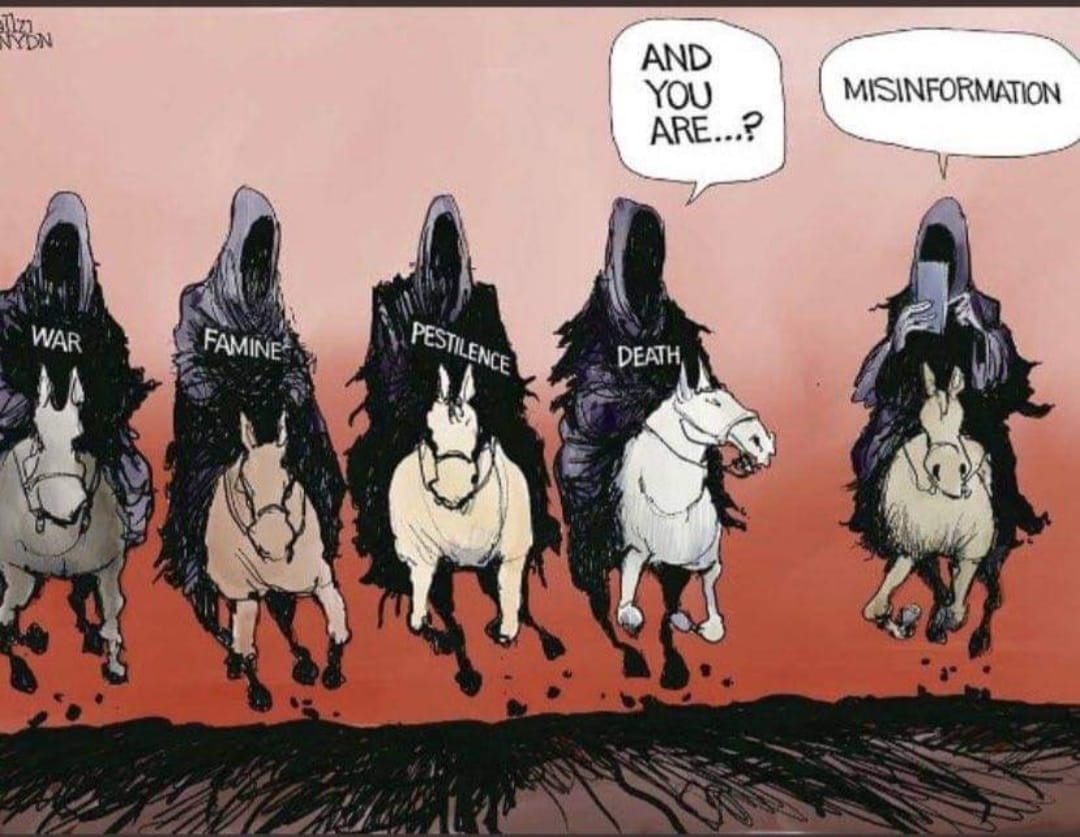