“America used to be a global leader in brainless entertainment, particularly featuring explosions, boobs, and weightlifters, but since Trump’s election Hollywood’s been in a funk and spent years trying to bury its baser instincts and reinvent itself as Highbrow and Caring. This resulted in a thousand iterations of self-serious films straining to make the miserable entertaining (Bill Maher’s take on the perfect modern Oscar hopeful was The Immigrant Who Shat in a Coffee Can).

“Of all the negative by-products of Trump’s election, one of the most subtly destructive was alienating America from the one thing we’ve consistently done well, the lowest common denominator. For no good reason, politics has made a big chunk of the country wary of Cheez Whiz, mud wrestling, commercials about pickup trucks carrying other pickup trucks up mountains of boulders, and a hundred other mindless awesome things in our blood.

“This country sucks at highbrow, we’re great at stupid, and since there’s nothing more stupid than stupid highbrow, we’ve spent the last half-decade exporting the most embarrassing conceivable content on a grand scale. This has just made everybody, left and right, more uptight and pissed at each other. When we get back to embracing shark panics, Hang in There Baby office posters, and weightlifters/models blowing each other out of the sky with billion-dollar weapons, my guess is we’ll all start feeling better. Thank you, Tom Cruise, you lunatic. You’ve helped the healing begin.” — from Matt Taibbi‘s latest Substack essay.

Will Ya Look At This Guy?
How would you feel, honestly, if your daughter was hooking up with this dude? He may be one of the most scholastically brilliant or super-creative fellows currently walking the planet, but he's pretending to be the lowest of the low...like a Latino gangbanger with friends in the joint...like a character out of Walter Hill's The Warriors. What is that, a little chickenshit moustache? And that apparel...dorky sandals, baggy green pants, shitty-looking Times Square tourist-shop hoodie, shaved head. What kind of ding-dong dresses like this? God, I hate normcore. Login with Patreon to view this post
August 3, 2022 12:55 pmby Jeffrey Wells
30 Comments
“Bear” Power

Friendo who told me to watch FX/Hulu’s The Bear: “Did you watch it? Whadja think?”
HE: “Yeah, I watched it. The first episode, I mean. Too much chaos, too much shouting, too much clatter and I don’t like Jeremy Allen White. Fuck that guy. If the entire crew had been killed by a terrorist bomb I wouldn’t have blinked an eye. And all for some fucking Chicago sandwiches.” 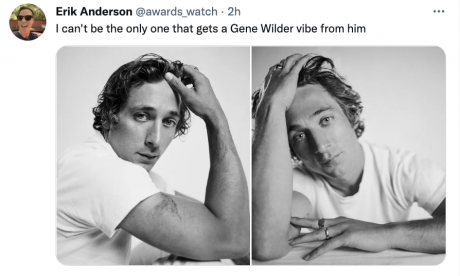 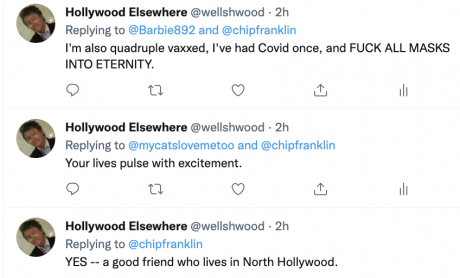 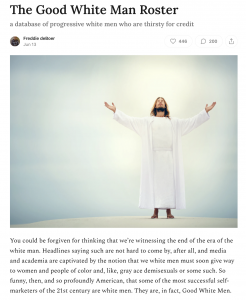 Mental Cruelty
I can imagine a husband and wife breaking up over sharply diverging views on certain films, but why would they get married in the first place if they strongly disagree about the look and sound and soul of great cinema? I could never feel close to someone who disdains Zero Dark Thirty or I Confess or Manchester by the Sea or The Battle of Algiers. You can always smell where a person is coming from or how deep their passions are when it comes to film. It's not rocket science. Login with Patreon to view this post
August 3, 2022 11:25 amby Jeffrey Wells

15 Comments
Fast On The Draw

Little-remembered fact: Elvis Presley BEGAN shooting Love Me Tender on 8.22.56 and the film OPENED in theatres on 11.15.56 — 11 weeks later. Out of fear, one presumes, that Presley might be a flash in the pan — strike when the iron is hot.

Love Me Tender was previewed, however, sometime in early to mid October, so the actual answer-print turnaround was probably closer to eight or nine weeks. Wiki page: “Test screenings of the film resulted in people being upset at the death of Presley’s character. Attempting to reach a compromise between the death and pleasing his fans, Presley filmed an extra scene and recorded an extra verse to the title track to be played over the end credits.”

Correct me if I’m wrong, but this makes Love Me Tender the new Big Daddy of Fast Hollywood Turnarounds.

Otto Preminger‘s Anatomy of a Murder (’59), which began shooting on 3.23.59 and had its first preview on 6.18.59, is now in second place — a span of 12 and 1/2 weeks between the start of principal and the first-ever public showing. Love Me Tender beats Anatomy by a week and a half.

Almost as fast was Floyd Mutrux‘s American Hot Wax (’78), a biopic of rock ‘n’ roll disk jockey and promoter Alan Freed. I interviewed Mutrux at a Manhattan junket a couple of weeks prior to the 3.17.78 opening, and as I recall the Paramount-produced film had wrapped as recently as the previous December…something like that.

The filming of Lorene Scafaria‘s Hustlers took 29 days, having begun on 3.22.19 and finished on 4.22 or thereabouts. It opened four months later at the 2019 Toronto Film Festival.

Any other quickie turnarounds that I’m forgetting? 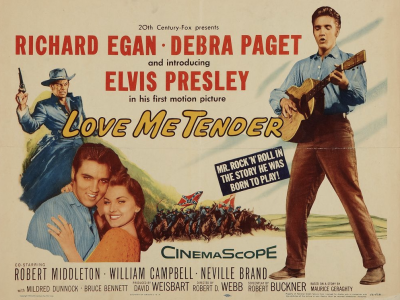 I don’t know how old this Joe Rogan clip is, but if I was running Starbucks, I would immediately circulate a company-wide advisory that under no circumstance will ANY Starbucks employee suggest to ANY customer that the terms “wife” or “husband” are somehow incorrect or inadvisable and that the term “partner” (which is primarily a gay relationship term) is preferable. Failing to respect this rule, I would emphasize, is a firing offense.