36 Years Ago Today. Whaddaya Want From Me? Burned In The Brain.

“My most profound Police moment happened on the evening of December 8, 1980, in a small pub in the Stockwell section of London. Never a hardcore audiophile and even less so due to being poor, I was a little late in getting into their music. I had just bought a cassette tape of Zenyatta Mondatta maybe a month or so earlier but I hadn’t listened to it that much. I was edging my way in. Anyway there I was in London, about to do a GQ interview with Peter O’Toole, who was extra-hot at the moment off his career-reviving performance in The Stunt Man. I was crashing with a couple of ladies I knew through a journalist friend, and I was sitting at a table and drinking a pint and feeling great about being in England for the first time alone, and then somebody got up and played ‘Don’t Stand So Close To Me’ on the jukebox. And all of a sudden I heard that song for the first time. The juke was putting out super-thrompy bass tones and it just sounded perfect, and from that moment on I was a Police fan. The next morning I awoke around 7 am to news on the radio that John Lennon had been shot and killed only a few hours earlier in New York City.” — posted on 2.27.15. 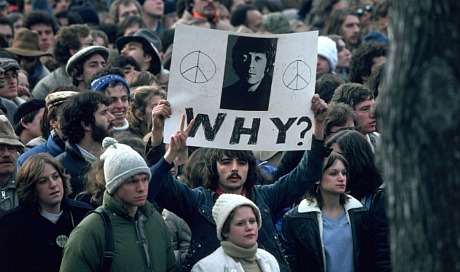 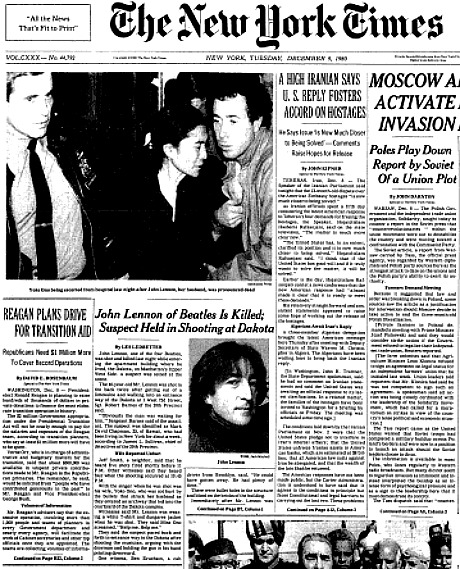 December 8, 2016by Jeffrey Wells4 Comments
« Previous post
I Keep Telling Myself “This Is Real, This Is Happening”
Next post »
Blogaroos Scratching Heads Over N.Y. Times Anti-Populist Picks