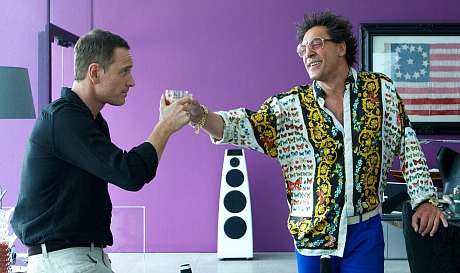 “The result is unrestrained in its bleakness yet extremely satisfying, like hearing Shostakovich conducted by Bruno Walter.

“All the Pretty Horses, No Country for Old Men and The Road were fine, sincere adaptations of McCarthy’s novels, but each fell short of the originals. Here we have a work written for the screen, and it’s the best film yet to have [McCarthy’s] name on it.

“When [the screening I attended] was over another hostile colleague, surprised at my admiration, asked me: “Okay, you liked it so much [but] what the hell was the point of that picture?”

“It is this: The Counselor has made a bad choice for which he must pay. Given our recent history, his predicament is a meditation on the fate of America.

“He assumes [that] because he meant well, all will turn out well. How can it? That becomes both a moral yet highly suspenseful question, expressed from McCarthy’s depths and realized with lucid energy by Scott.”

I had to laugh at a subsequent comment that responded to Feeney’s thoughts, to wit: “You mean Scott has made a film about yuppie professional types who live off other people’s money, and [that] the audience for this film is the self-same class who get to the enjoy this film as punishment? Or something like that?”