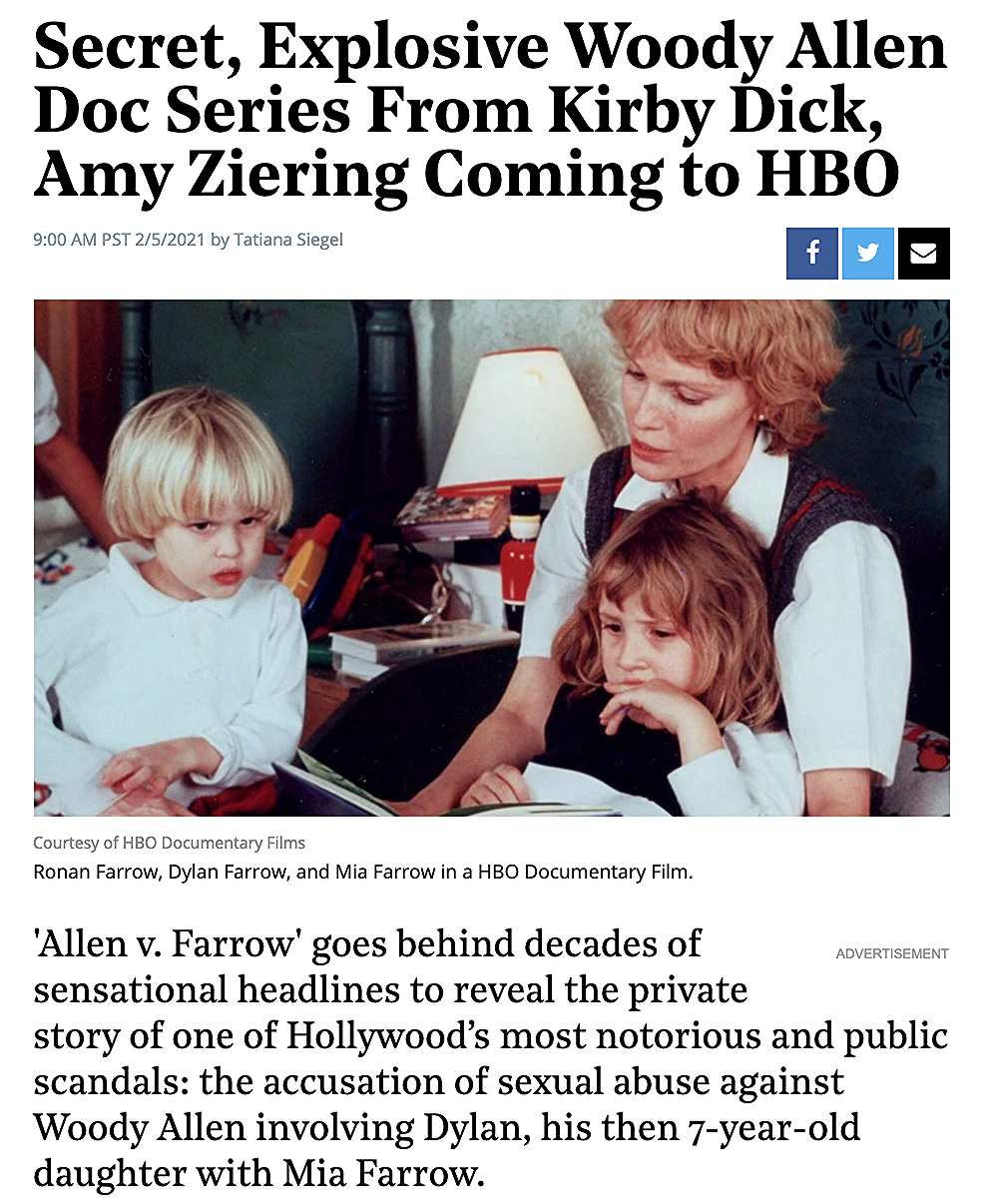 “The series, which was shot in secret, is reminiscent of HBO’s involvement in the Michael Jackson documentary Leaving Neverland, which also tackled a once-beloved artistic genius accused of pedophilia. That docuseries also was made under the radar and announced just days before its Sundance launch, followed by a March 2019 release on HBO.

“Once celebrated for their on- and off-screen partnership, Farrow and Allen’s lives were irrevocably fractured and their sprawling family torn apart with the public disclosure of the abuse allegations in 1992 and the vitriolic disputes that followed. Allen v. Farrow will be available to stream on HBO Max.

Robert Weide‘s “The Woody Allegations: Not So Fast,” initially posted on 1.27.14. 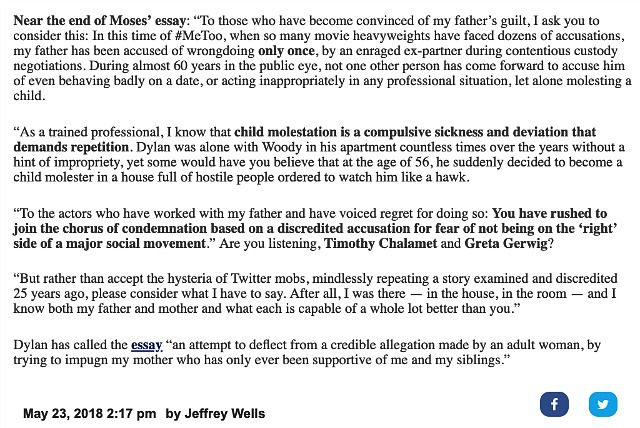 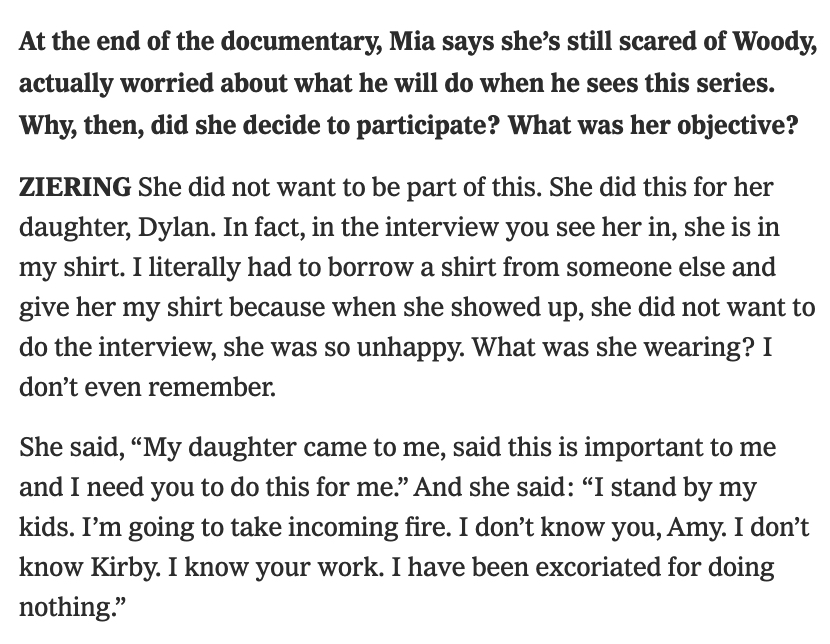