Woked Itself Into A Corner

Sundance was a serious lightning-bolt event for nearly 30 years — in ‘89, ‘95, around the turn of the century and all through the aughts and early teens and up until ‘16, which is when Manchester opened there. But the business has changed, the culture has shifted and it simply doesn’t matter as much as it used to.

Sundance has become a thing unto itself, or more precisely an end in itself — it’s no longer a cultural catapult. It’s the woke hipster enclave where films of a certain stripe and attitude will experience their greatest glory. Because after Sundance It’s pretty much all downhill. For Sundance is now A World Apart, Secularized, Non-Vital,

But of course, I still want to go. Kind of. Probably. I need to think it over. 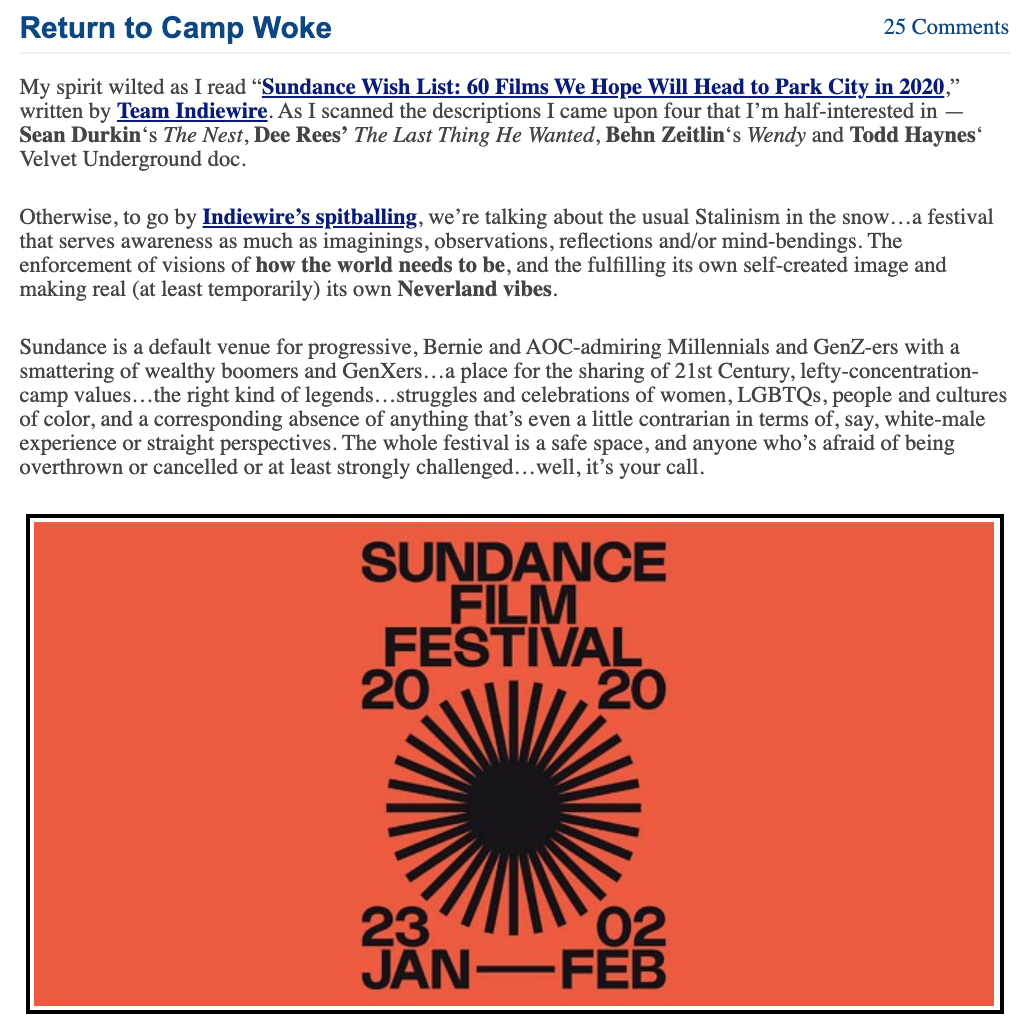