I’m told that Paramount’s The Gambler, a remake of Karel Riesz‘s 1974 original that was based on James Toback‘s autobiographical script, has turned out so well that it’ll open sometime in mid to late fall. (The IMDB currently has it as a January 2015 release.) Toback tells me Mark Wahlberg is delighted with how the film, directed by Rupert Wyatt (Rise of the Planet of the Apes) and re-written by William Monahan, has turned out. Gambler producer Irwin Winkler (who also produced the ’74 version) has also been talking about how good it is. It’s not necessarily an award-season contender as you never know with stories about self-destructive types. But it sounds like Wahlberg (who dropped about 50 pounds to play the part) might at least be in line for some Best Actor action. 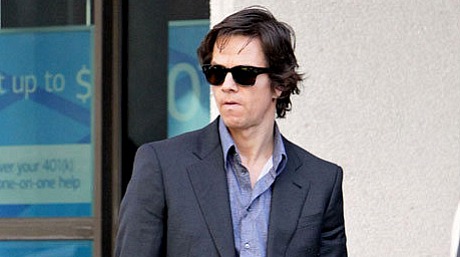 Wahlberg during the filming of Rupert Wyatt’s The Gambler three or four months ago.

A Paramount spokesperson says “the film is not yet dated and we are not able to offer comment further at this time.” But I’m hearing that the fall release is pretty much a done deal.

Wahlberg plays James Caan‘s role of Axel Freed, a college professor with a compulsive gambling habit and serious self-destructive tendencies. Toback, who created the Freed character by mixing Fyodor Dostoyevsky‘s The Gambler with his own sordid gambling experiences, has an executive producer credit on the new Gambler. He’s been kept out of the creative loop but has, however, been told encouraging things by Wahlberg, with whom he’s been friendly since the mid ’90s.

“I obviously have a huge interest in the outcome of the film since it’s inspired by the closest thing to an autobiographical movie that I’ve ever written or will write,” Toback said this morning. “Mark Wahlberg has been a good friend for 20 years, and I have always known him to be clinically objective in judging his own work. I know he saw a cut of the movie recently, and told me he is thrilled with it, which makes me extremely hopeful about its quality. That’s all I know but he seems genuinely enthused about having delivered an acting job that he’s proud of.

“[Wahlberg] has been telling me all along, ‘Don’t worry about it, the script is really good and it’s really going well.’ And when they finished he said, ‘I’m telling you that it’s really, really good. I’ll be astonished if you’re not happy with it.'” 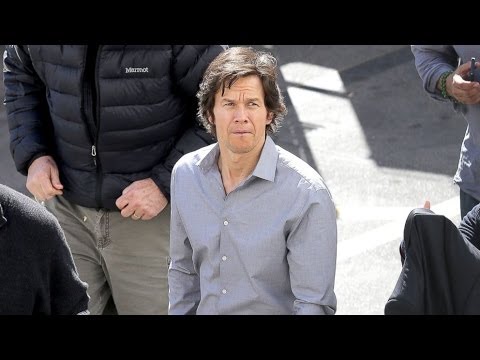 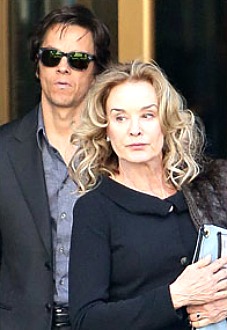 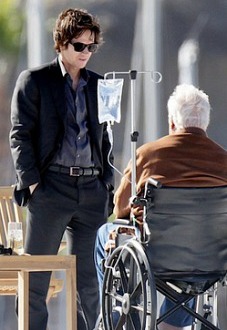 (l.) Mark Wahlberg and Jessica Lange (playing his mom) during what appears to be the bank-withdrawal scene; (r.) Wahlberg and 88 year-old George Kennedy, who plays his super-loaded grandfather

“Gambling addicts are people looking to lose, but is there something in the character of people who, under the right circumstances and with the right idea or inspiration, have the brass to throw the dice on a script or a concept that has a tendency to spill over into Vegas-y gambling (or horses or dogs) to some extent? All the legendary producers have been tenacious with thick skins, but don’t you also need a little of that ‘crazy guy still playing craps downstairs at 4 ayem’ spirit?

“I’ve never been into gambling of any kind. I’ve played in less than ten serious poker games in my entire life. I hate losing money. But there’s something about that side of my nature that has also led, I suspect, to not having had the brass or the drive to push harder at other ventures like scriptwriting (which I tried and failed at, possibly because I didn’t have the talent but also because I may have lacked the moxie to keep at it and theoretically improve as I went along). I’m very happy with what I do, but deep down I’ve always admired the gamblers, or at least the thing they have that leads them to an occasional belief, as James Caan‘s character puts it in James Toback‘s The Gambler, that ‘two plus two equals five.'” — from an 8.21.07 piece called “Gambling and Hollywood.” 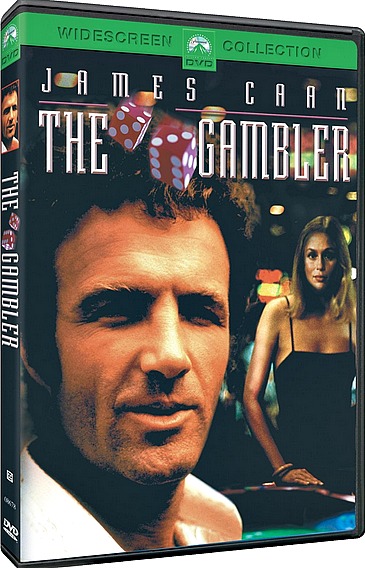