After 42 Years, Return to “Friendly Fire”

Last night I paid my respects to the late Ned Beatty by watching Friendly Fire, a 1979 TV docudrama about the increasing revulsion shared by the real-life Peg and Gene Mullen (Carol Burnett, Beatty) after the mystifying death of their son Michael (Dennis Erdman) while serving in Vietnam.

Army reps tell the Mullens that Michael’s death was a “friendly fire” accident, but they’re stingy with facts. This fudging of specifics annoys, irritates and then enrages the Mullens. Traditional patriotic Iowans at the start, they gradually evolve into antiwar activists.

There’s no big shocking twist at the end — we simply discover that Michael died from “friendly” shrapnel that exploded near his foxhole due to a miscalculation. So Friendly Fire is not Costa Gavras‘s Missing (’82) — there’s no satisfying “gotcha” moment in which the military “bad guys” are revealed as guilty super-shits, and are then punished or shamed. None of that happens.

The movie isn’t brilliant — it’s lean and direct but it lacks a certain elegance. It feels like a rough cut, or a second cut — certainly not like a polished final cut. But it’s a reasonably good film.

Burnett and Beatty are brilliant in every scene — Burnett in particular.

Friendly Fire wound up winning four Emmy awards. Fay Kanin‘s screenplay was adapted from C. D. B. Bryan‘s 1976 book of the same name, which began as a series of New Yorker magazine articles Bryan had written about the Mullens.

I really hated Erdman’s dialogue as well as his performance. We get to know him a bit during the first 15 minutes or so, and he’s presented as way too modest and dutiful…almost angelic. The movie is telling us that Michael was an all–but–perfect fellow — smart, reasonable, soft-spoken, inspired, modest. He feels like a cypher, and I was saying to myself early on that I was glad he’d be dead soon because I can’t stand characters who are this pure of heart, this pure-as-the-driven-snow. 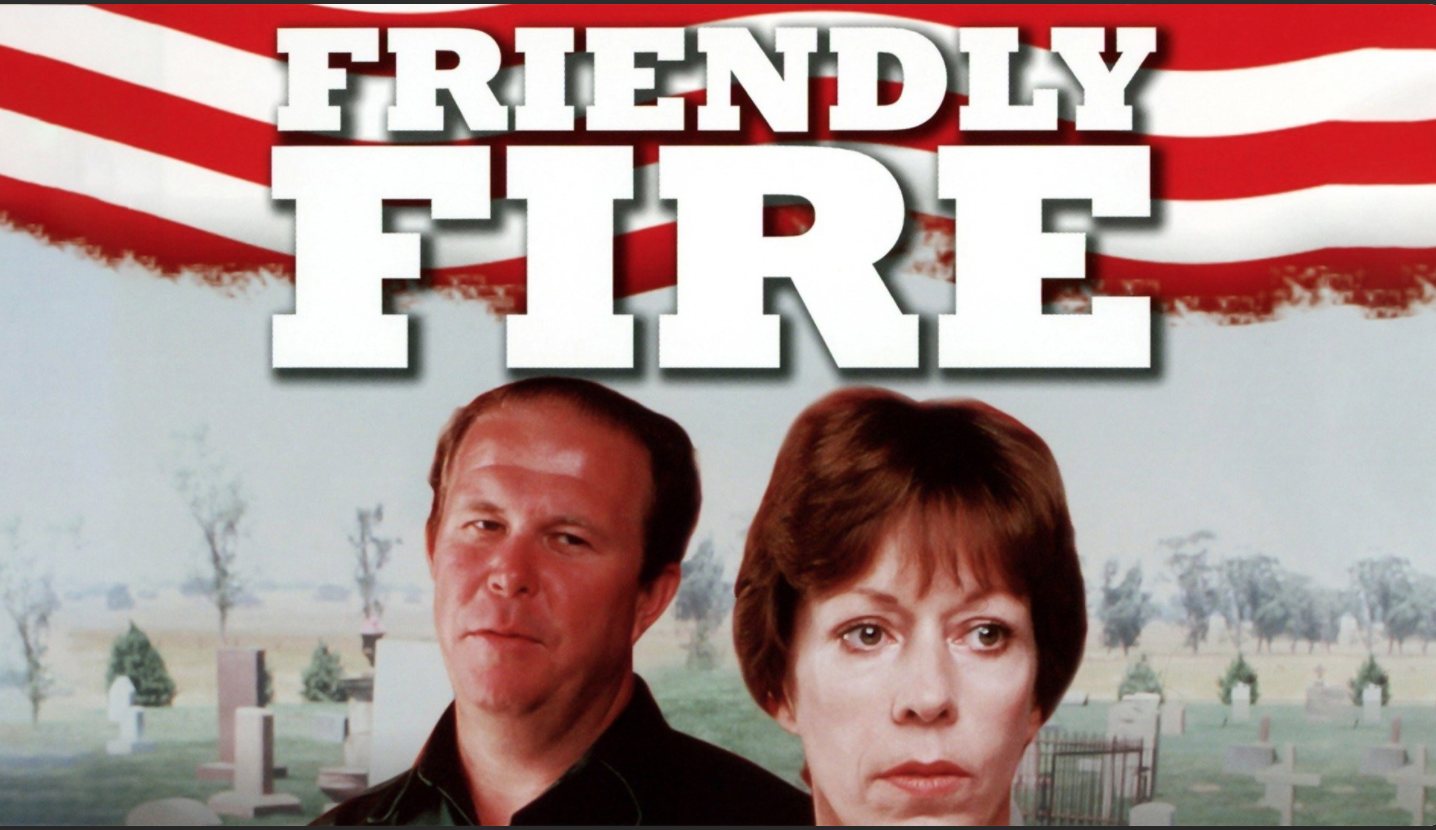