Some may not be familiar with typical HBO Max numbers, or the difference between strong, decent and shitty levels of viewership. It’s my understanding that 693K viewers of In The Heights last weekend is somewhere between disappointing and shitty. I do know that Godzilla vs. Kong did a hell of a lot better over the first five days.

I invite any and all comments, but the theatrical reality has apparently been reiterated by streaming figures — outside of progressive wokester types and the good friends of Indiewire‘s Eric Kohn, relatively few people were interested in seeing In The Heights. (Thanks to World of Reel‘s Jordan Ruimy.) 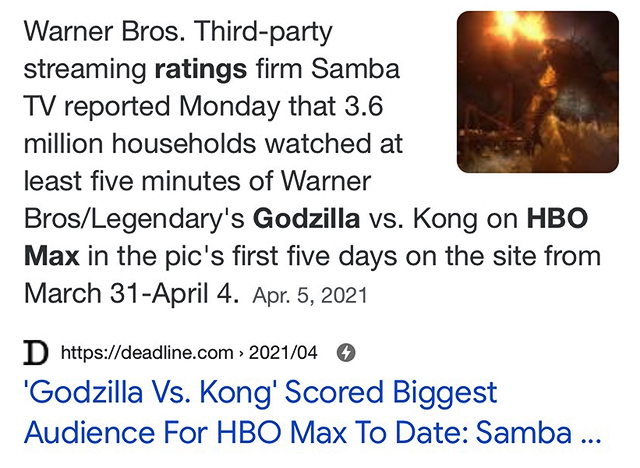 June 14, 2021by Jeffrey Wells67 Comments
« Previous post
All Right, Calm Down
Next post »
After 42 Years, Return to “Friendly Fire”