Ain’t Over Till It’s Over

Martin Scorsese to BigStory’s Jake Coyle: “Cinema is gone. The cinema I grew up with and that I’m making, it’s gone.”

HE to Scorsese: Grand ornate cinemas showing first-run movies in VistaVision and Super Panavision 70 and at 1.66:1 and via 30-frame-per-second Todd AO…movies made by top-tier, world-class talents and featuring big stars…yes, that era has passed. But cultivated cinema culture is very much a thing, and is definitely still with us in certain regions, within certain theatres — it’s just been marginalized. Adapted and reconfigured into a kind of spiritual sideshow. The popcorn-eating mob that used to show up for sturdy-quality mainstream flicks has moved on to CG-driven fantasy-superhero crapola. 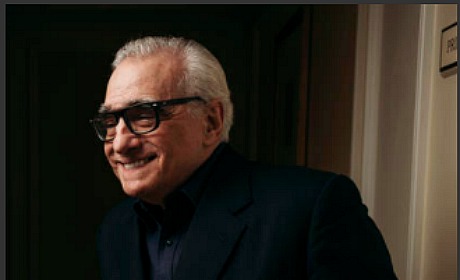 Martin Scorsese, as captured for BigStory piece on 12.9.

Scorsese to Coyle: “The theater will always be there for that communal experience, there’s no doubt. But what kind of experience is it going to be? Is it always going to be a theme-park movie?”

HE to Scorsese: Yeah, pretty much. The big stadium-seating plexes have become animal houses. Except, thank God, when it comes to award-season fare, which will hopefully continue to be a seasonal event (October through January) that will temporarily upgrade the kind of films that people pay to see in a big screen.

Otherwise the action is focused on (a) film festivals, (b) whatever’s streaming on Amazon, Filmstruck, Vudu, et. al., (c) Curated films playing at Hollywood’s American Cinematheque, or Santa Monica’s Aero, or New York’s MOMA, Museum of Moving Image, Film Forum and the Walter Reade plus certain houses in Paris, Berlin and London, (d) the occasional choice Bluray and (e) the even more occasional counter-programmed spring or summer flick that isn’t aimed at idiots.