In France they kiss on Main Street, and in India they poop whenever the mood strikes, and right out in the open. And then they laugh about it.

It all started yesterday with HE positive reaction to The White Tiger. Which was followed by the following Alexander post on Facebook: 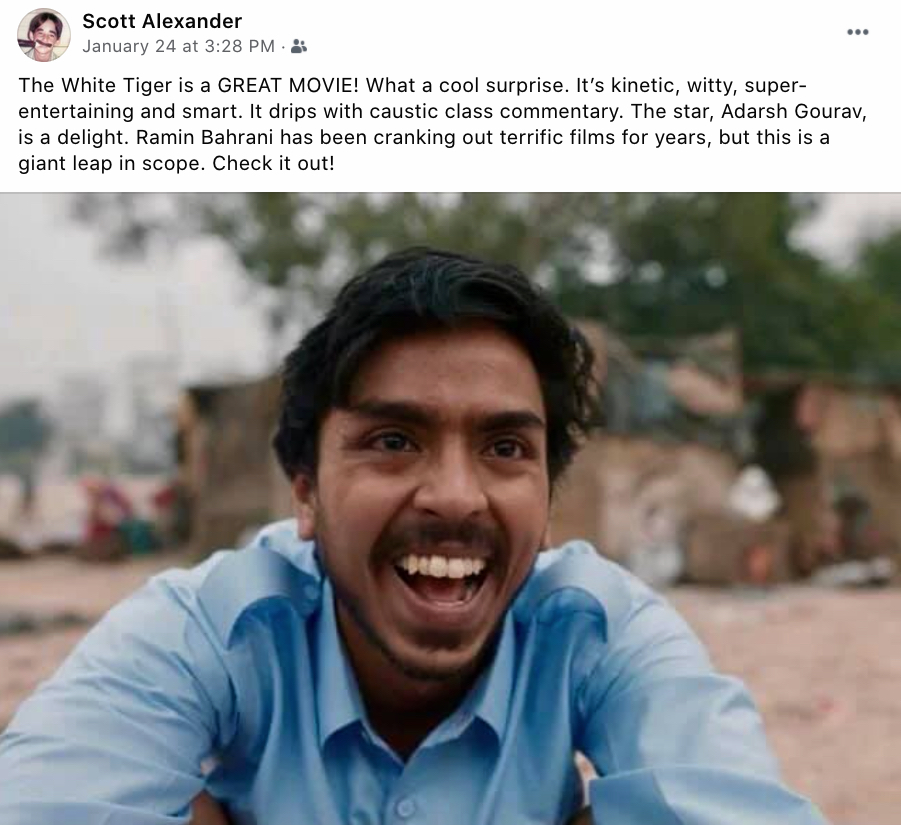 HE to Alexander: Did you like the “laughing uproariously while squatting and shitting” scene, Scott? I ask because the photo above is from this exact moment in the film. Squatting and shitting is what the main protagonist is laughing about. He and some other laughing, sophisticated fellow.

I thought it was…uhm, mildly appalling. But then I’m a prissy metrosexual dandy type. I wish I could say that the memory of this scene will fade, but it won’t. It’s been burned into my brain. Or smeared, I should say.

When was the last time you, Scott Alexander, defecated in public while enjoying a hearty horse laugh? I myself have never done this. Oh, it’s never done in Los Angeles, you say? It’s a lower-caste Indian culture thing? Okay. Well, it sure was exotic!

Maybe it’s just a matter of cultural conditioning. We all tend to nature on a daily basis — why not do it publicly and laughingly?

What if American cinema had at least acknowledged public shitting as something that happens from time to time? What if, say, Cary Grant had decided to drop a deuce by the side of the road during the crop-dusting scene in North by Northwest? What if Dana Andrews had taken a big steaming dump while inspecting those old dusty WWII bombers near the end of The Best Years of Our Lives? What if Gary Cooper had decided to (heh-heh) mark his territory in the middle of Main Street in High Noon when Grace Kelly and Katy Jurado were clopping by in a horse wagon? “Do not forsake me, oh my darlin’…” 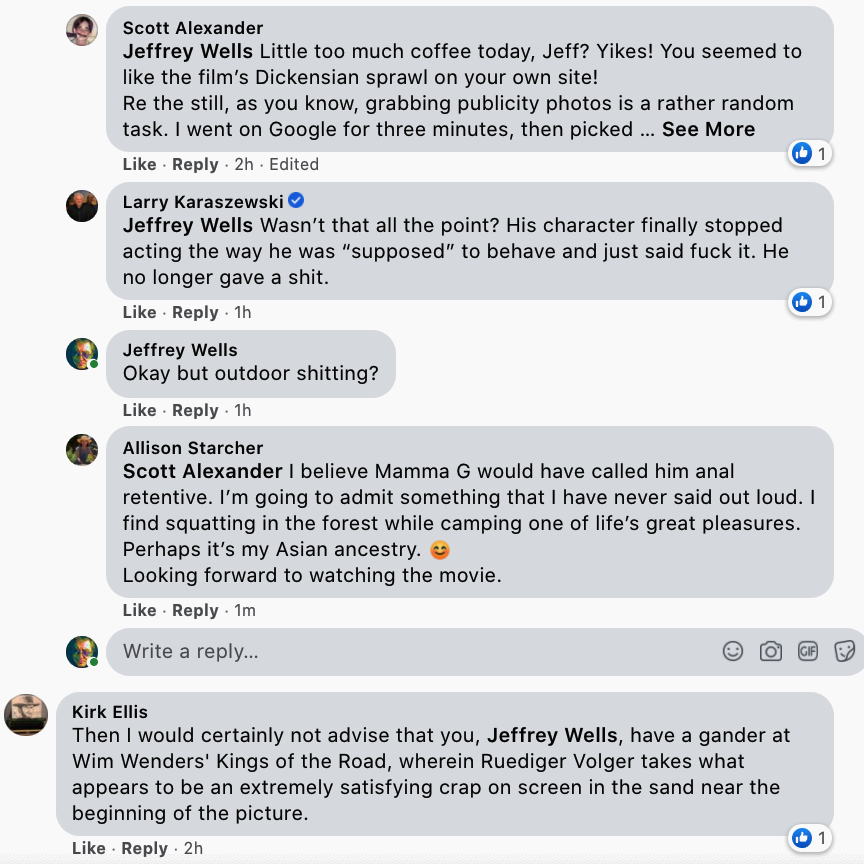