After a period of curious silence, Variety critic Dennis Harvey has finally spoken out about Carey Mulligan’s objection to a portion of Harvey’s 1.26.20 review of Promising Young Woman, which many have interpreted as a disparagement of Mulligan’s attractiveness.

Variety‘x mea culpa: “Variety sincerely apologizes to Carey Mulligan and regrets the insensitive language and insinuation in our review of Promising Young Woman that minimized her daring performance.”

Variety‘s apology didn’t appear until Mulligan complained to the N.Y. Times‘ Kyle Buchanan in a 12.23.20 profile. 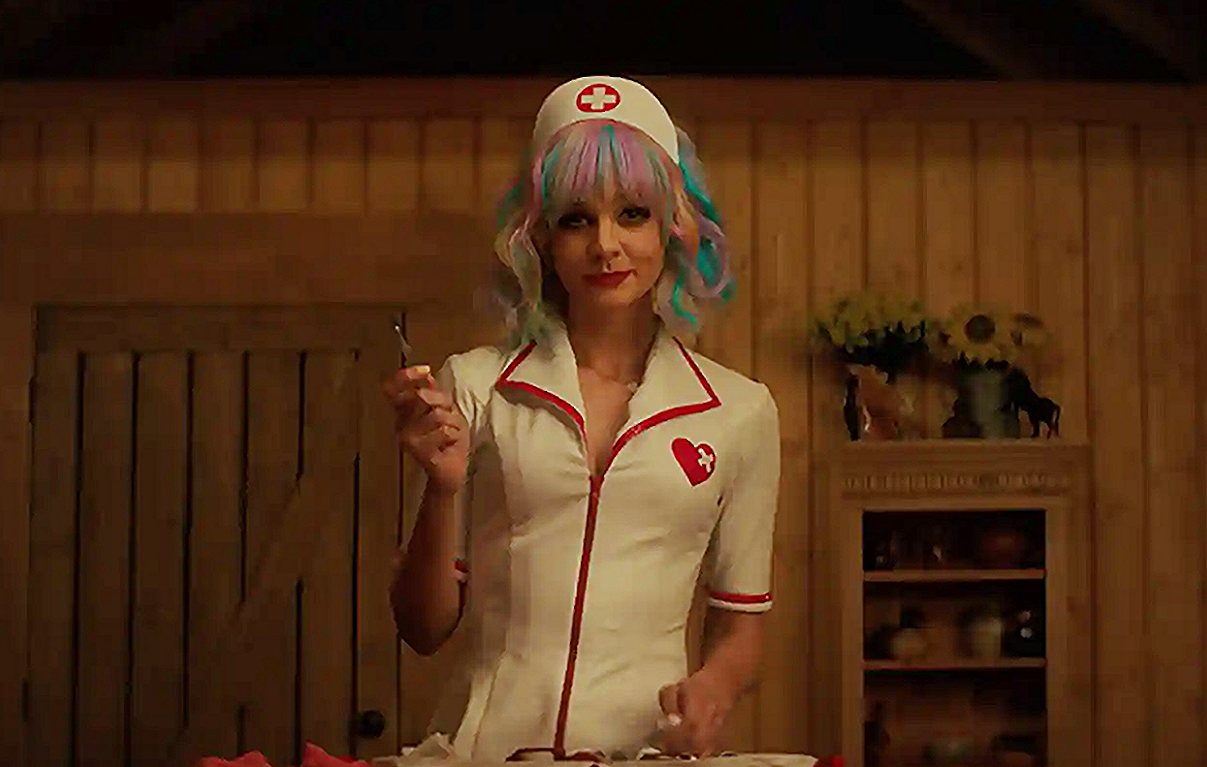 The Guardian‘s Catherine Shooard speaking to Harvey in a 1.28.21 article:

“I did not say or even mean to imply Mulligan is ‘not hot enough’ for the role,” Harvey has told Shoard. “I’m a 60-year-old gay man. I don’t actually go around dwelling on the comparative hotnesses of young actresses, let alone writing about that.”

Harvey added that he has been “appalled to be tarred as misogynist, which is something very alien to my personal beliefs or politics. This whole thing could not be more horrifying to me than if someone had claimed I was a gung-ho Trump supporter.”

Harvey said “he avoided the social media discourse triggered by the fallout on the advice of Variety, who said it would “blow over”, and friends who said nobody commenting appeared to have read the review and that some people had said “I must be advocating rape, was probably a predator like the men in the film.” Good God! There’s no terror like that of the Khmer Rouge. They’ve made plastic suffocation bags fashionable again.

Harvey has also questioned the timing of the controversy, as Hollywood Elsewhere has two or three times. He’s noted that his review “had apparently been found unobjectionable enough to escape complaint for 11 months, “until the film was finally being released, promoted and Oscar-campaigned”. Only then [was] his review was “belatedly labelled ‘insensitive’ and flagged with an official ‘apology’”.

Variety’s editors “had not raised any concerns with the review when he first filed it,” Harvey tells Shoard, “nor in subsequent months until [Buchanan’s New York Times article [appeared].”

Harvey’s professional fate “remains uncertain,” Shoard writes. Harvey: “It’s left in question whether after 30 years of writing for Variety I will now be sacked because of review content no one found offensive until it became fodder for a viral trend piece.”

“What I was attempting to write about was the emphasis in the film and [Mulligan’s] performance on disguise, role-playing and deliberate narrative misdirection. Nor was bringing up Margot Robbie meant to be any comparison in ‘personal appearance’.

“Robbie is a producer on the film, and I mentioned her just to underline how casting contributes to the film’s subversive content — a star associated with a character like Harley Quinn [Robbie’s Suicide Squad character] might raise very specific expectations, but Mulligan is a chameleon and her very stylized performance keeps the viewer uncertain where the story is heading.”

Shoard writes that Harvey has “conceded he may not have expressed such a sentiment specifically enough in his review, but that he was driven by a desire to withhold the plot’s twists and turns from the audience.

“I assumed that filmmakers who created such a complex, layered movie wouldn’t interpret what I wrote as some kind of simpleminded sexism,” he explains. “And while Carey Mulligan is certainly entitled to interpret the review however she likes, her projection of it suggesting she’s ‘not hot enough’ is, to me, just bizarre. I’m sorry she feels that way. But I’m also sorry that’s a conclusion she would jump to, because it’s quite a leap.”

Repeating three HE observations: One, Harvey’s review passed muster with Variety‘s editors 12 months ago and nobody said boo — not until political pressure was brought to bear did they say a word. Two, a trade paper apologizing for a review is bad form and a bad precedent — Variety should have instead posted a counter-review that argued with Harvey. (I personally disagreed with what Harvey said about Mulligan vs. Robbie — his remarks missed the point of the film.) And three, out of respect for Harvey’s years of excellent reviews Variety should have given him an opportunity to explain his viewpoint more fully. Instead they threw him under the bus, and in so doing bruised his reputation.