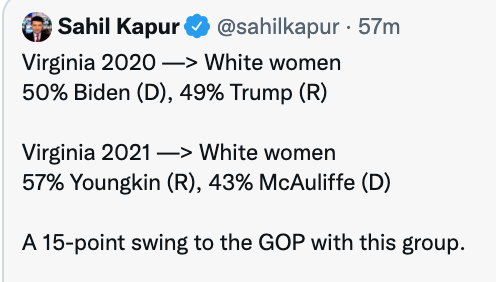 “We love CRT! How dare Right Wingers try to ban it!” 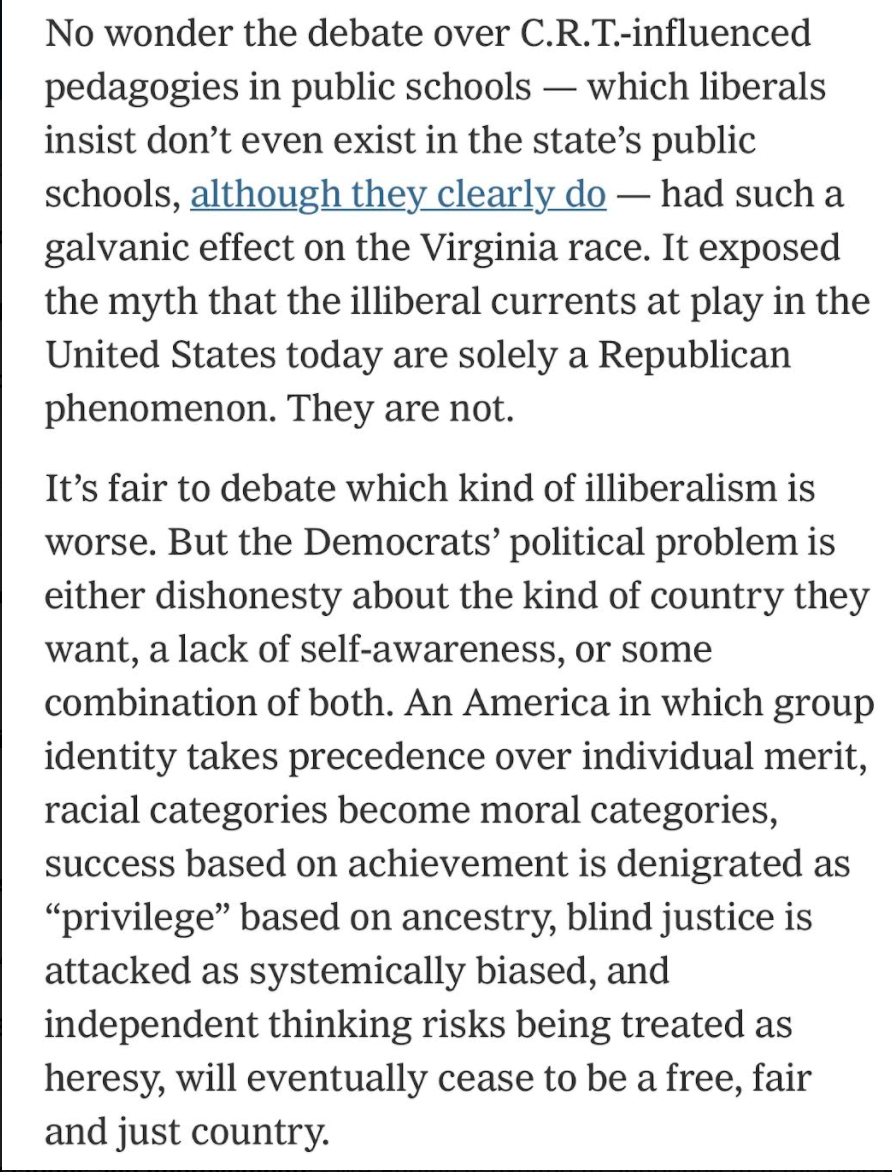 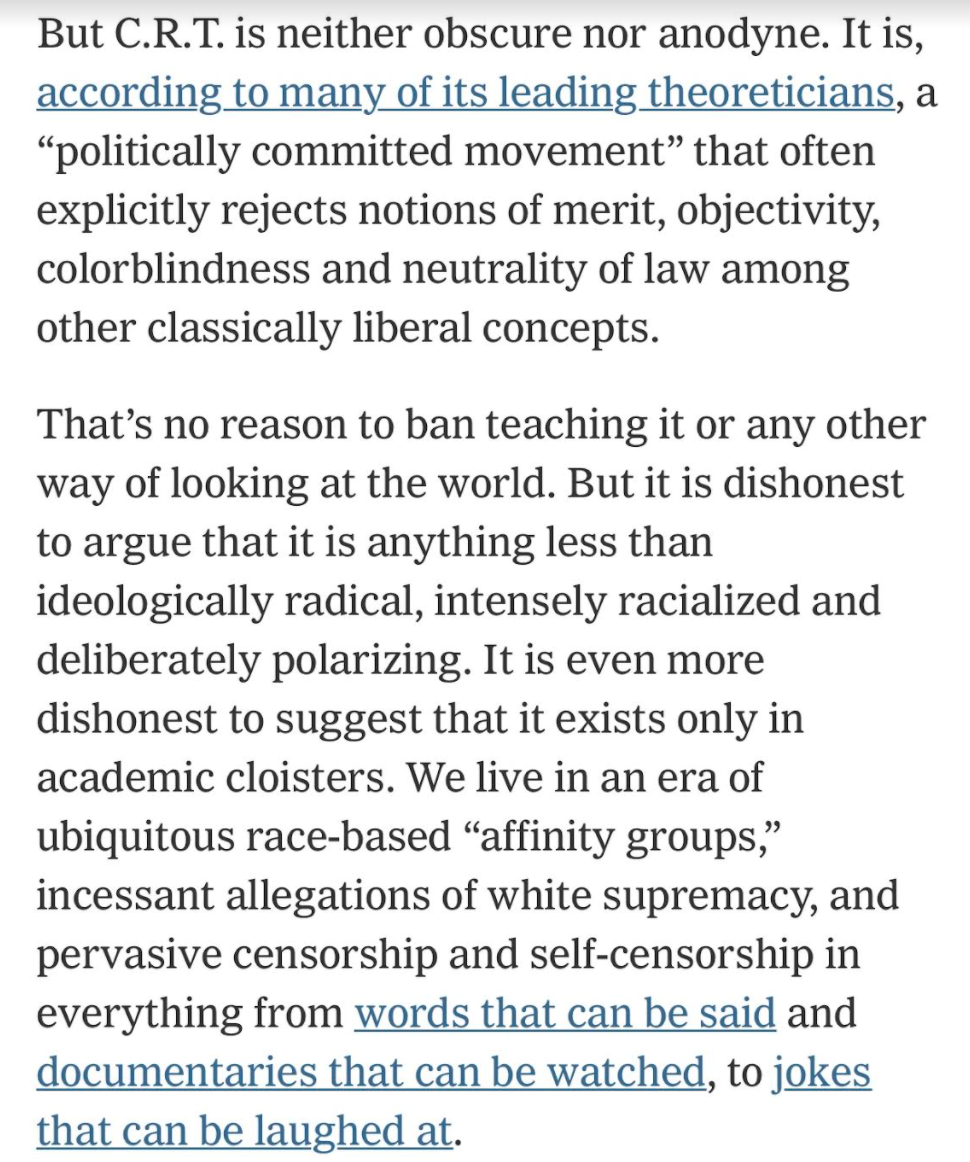 Ross Douhat: “The McAuliffe approach isn’t going to cut it: You can tell people that C.R.T. is a right-wing fantasy all you want, but this debate was actually instigated not by right-wing parents but by an ideological transformation on the left.

“So Democratic politicians may need to decide what they actually think about the ideas that have swept elite cultural institutions in the past few years. Maybe those ideas are worth defending. Maybe Kendi and DiAngelo are worth celebrating. Maybe school superintendents who recommend their work should be praised for doing so.

“If so, Democrats should say so, and fight boldly on that line. But if not, then Democratic politicians in contested states, facing Republican attacks on education policy and looking at the unhappy example of Virginia, should strongly consider acknowledging what I suspect a lot of them (and a lot of liberal pundits) really think: That the immediate future of the Democratic Party depends on its leaders separating themselves, to some extent, from academic jargon and progressive zeal.”

November 2, 2021by Jeffrey Wells203 Comments
« Previous post
Comer Should Be In Supporting
Next post »
Not So Much Her Cancel-Culture Quote…