Among Last People on Planet To See Great Gatsby

It’s highly doubtful I’ll be sharing any original impressions of The Great Gatsby after catching it this morning at 10 am, or 100 minutes from now. The Gatsby conversation is over and done with. I just have to see it now and get it over with. (Thanks again, Warner Bros. publicity, for not letting me catch that 10.2 screening in NYC.) I’ll be seeing it with the four or five other American stragglers who haven’t yet had the pleasure plus all the European critics and journalists. 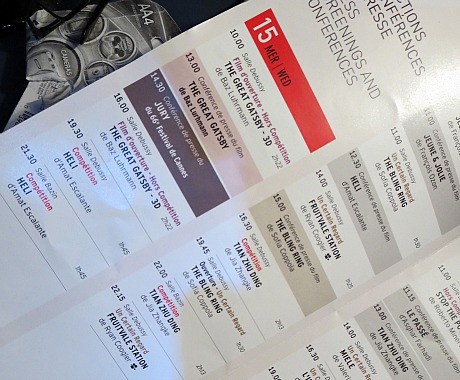 I’ll naturally attend the press conference, which will be worth it, I suspect, because of what Baz Luhrman will have to say. He’s pretty good when he gets rolling. I’d so love it if Baz and a cameraman could travel back to the ’20s a la Midnight in Paris and find F. Scott Fitzgerald at a cafe and show him the film on a laptop and see what he thinks. I guess that’s a question.