And Speaking of Potential Takedown Campaigns…

“Canyon Coyote” responds: “My point isn’t that Elgort did anything wrong but there is a perception that he’s part of the ‘bad men’ group. It seems like dudes who fall into that lot, fairly or unfairly, consistently have to cope with whisper campaigns against them for years. The Aziz Ansari bad-date story is still a thing and he did was act in a presumptuous or less-than-fully-sensitive manner. 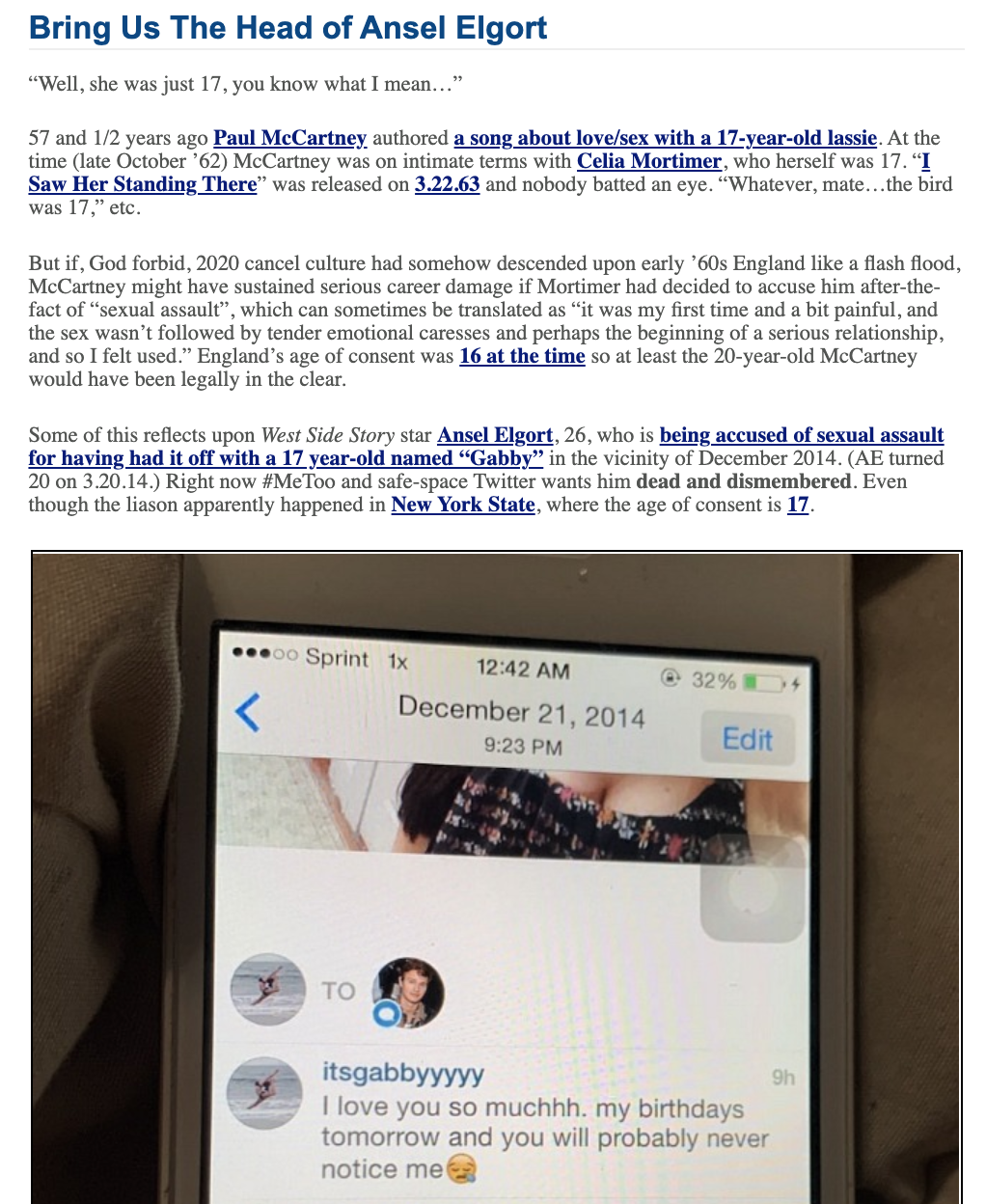 November 12, 2021by Jeffrey Wells14 Comments
« Previous post
If You Had A Heart in the 1930s…
Next post »
B’day Greeting From Dan Richter