I went straight from Penn Station early this afternoon to the Regency hotel (Park and 61st) for an Animal Kingdom sitdown with director-writer David Michod. Before my scheduled interview I ran into costar Ben Mendelsohn, who plays one of the most squeamishly creepy bad guys I’ve seen in quite a long while. We talked briefly and I snapped a couple of shots. 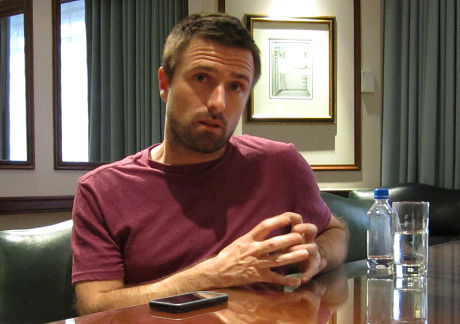 Crime-movie aficionados are guaranteed a different kind of meal when they sit down with Animal Kingdom (Sony Classics, 8.13).

For one thing you never actually see any of the Cody brothers, a Melbourne-based crime family of four, commit any money-making (or money-stealing) crimes. Court testimony that has everyone on pins and needles for a good portion of the film is never heard. Bang-bang stuff happens, but infrequently and very quickly and is never milked for maximum cinematic impact a la schlockmeister Robert Rodriguez. It’s mostly about paranoia leading to poisoning, but it’s also about the things you’re expecting to see never quite happening as you might expect.

The Cody gang members are played by Mendelsohn (as Andrew ‘Pope’ Cody), Joel Edgerton (as Barry Brown…shit, I just realized his last name isn’t Cody), Luke Ford (as Darren Cody), Sullivan Stapleton (as Craig Cody) and the heavy-lidded, not-especially-bright-looking James Frecheville (as the kid of the family, Joshua Cody). But the scariest of the bunch is Jacki Weaver‘s Janine Cody, a Lady Macbeth with serpent claws and a lizard tongue flicking in and out of her mouth. 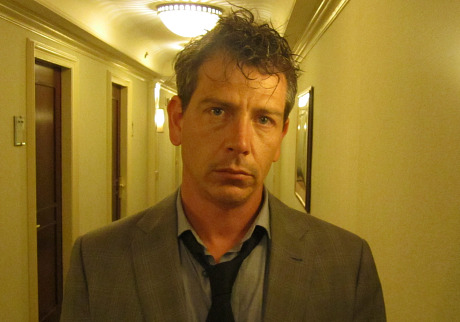 It’s almost irritating that such an unusually realistic film as Animal Kingdom is opening the same day as Mesrine: Killer Instinct, the summer’s other exceptional crime pic.

I would argue nonetheless that Animal Kingdom is a bit more original than Mesrine, which, despite its matter-of-fact grit and pared-to-the-bone narrative, is basically a variation on The Rise and Fall of Legs Diamond. I would go even further, actually, and suggest that of all the films opening on 8.13 (with the exception of the unseen Eat Pray Love), Animal Kingdom is the least likely to make you feel burned by an over-reliance on formula.

As I noted on 6.18 (and at least once before that), it’s roughly similar to Jamie Foley‘s At Close Range. But it delivers its own kind of creepy Australian chemistry. There’s never a moment when you don’t sense an uh-oh feeling outside the door or around the corner. The brewing and churning of sudden gunshots, suffocations, betrayals, etc.

Animal Kingdom is mainly a dialogue movie interwoven with short violent bursts rather than vice versa, but it feels anxious and unsettling every step of the way. As I said before, the Codys “don’t act or look the part but you can’t help but believe — trust — that they’re quite dangerous when push comes to shove, or when they slip into a foul mood.” And one of them wear mullets! 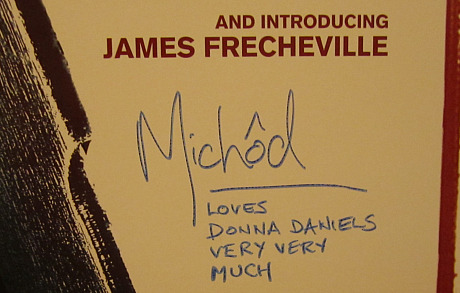