During a q & a session following a Los Angeles Film Festival showing of Boogieman, the superb Lee Atwater doc, I asked a question about the differences in the political climate of 20 years ago (i.e., during the Bush-Dukakis presidential race) and today, and said that I don’t think that racial attitudes are quite as fearful and retrograde as they seemed to be in ’88. I was obviously referring to the Obama ascendancy, but some in the audience flat-out laughed at me for saying this.

The night before last I happened to watch 48 HRS. (’82), the seminal action buddy movie with Nick Nolte and Eddie Murphy as a cop and a con kicking around San Francisco and looking to stop some bad guys. I was surprised how…yesteryear it felt.
And I’m telling the snooties who laughed at my political naivete a couple of weeks ago that the racial attitudes and undercurrents in this Walter Hill movie, which came out 26 years ago, have all pretty much disappeared in Blue America. They give you a taste of a racially-biased and separatist culture that no longer exists in this country, or is at least severely diminished, and would never be represented in an action film made today.
Nolte is a flat-out racist brute who calls Murphy “nigger” and “spear-chucker.” They go into a redneck bar that’s supposed to be some kind of haven for good ole boy white separatism (in San Francisco?), and when Murphy walks in the vibe in the room is like, “Holy shit, a black guy!” When Murphy order a drink the bartender goes, “How about a Black Russian?” Can anyone imagine material of this sort turning up in any movie made today? Even one set in Bumblefuck, Idaho? 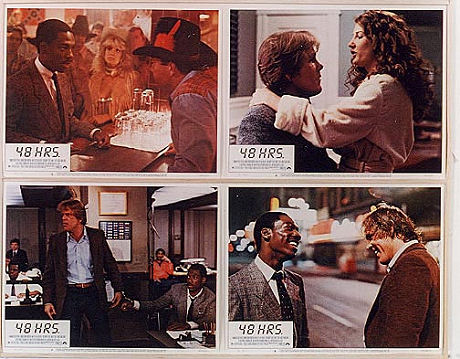 48 HRS. is about Nolte and Murphy seeing beyond their personal petty crap and coming to like and respect each other for who they are inside, but the fact that Hill and his writers toss in the racial jibes tell you something about the culture back then.
Attitudes were still fairly ugly in some quarters. The hosing of the civil rights demonstrators in Selma, Alabama, had happened only 17 years before, or what 1991 is to us today. Ours was a reasonably progressive society in elite media circles (Bryant Gumbel began his Today stint in January 1982, and Bernard Shaw had begun as a CNN anchor two years earlier) but Nelson Mandela wouldn’t be released from Robben Island prison until 1990.
I was around and I don’t remember anything in the early ’80s like the comme ci comme ca homogenous whatever vibe that you feel today. In the blue cities and upscale suburbs, I mean. Maybe my memory is faulty, but I don’t think so. The flannel-shirt dumb-asses are obviously still out there in force (they obviously kept Hillary’s campaign going in the final stretches of the Democratic primary race), but things have definitely evolved and progressed since the early Reagan era. 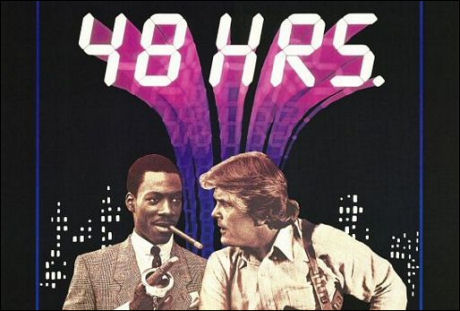