Posted on 6.24.17: I’ve said this two or three times, but the older I’ve gotten the more I’ve come to realize that Franc Roddam‘s Quadrophenia — loosely based on the Who rock opera and basically the story of Jimmy Cooper (Phil Daniels) and his identity, friendship and girlfriend issues — belongs in the near-great category.

Hands down it delivers one of the craziest, most live-wire recreations of mad generational fervor and ’60s mayhem.

“Quadrophenia is the closest thing England has produced to its own Mean Streets” — from “Quadrophenia: Jimmy vs. World” by Howard Hampton.

I first saw Quadropehnia at Manhattan’s 8th Street Playhouse when it opened in November ’79, at the height of my often unemployed “am I even good enough to attempt to be a journalist?” weltschmerz.

For me, Quadrophenia supplied my first encounter with Sting. Dandied up in flashy threads, his hair dyed platinum blonde, Sting played a kind of celebrity mod figure called “Ace Face.” I knew of The Police in ’79, of course, but I didn’t really tune into them until ’80.

During a 3.31.15 interview with Police guitarist Andy Summers (the subject was Can’t Stand Losing You: Surviving the Police), it killed me to learn that The Police performed a CBGBs gig one night in the fall of ’78. Two shows in fact, and that not many people attended the second show, Summers said. I was living at 143 Sullivan Street at the time, and I could have just walked over and seen them up close. Kick me.

I’ve reminded once or twice how Roddam forgot to change the letters on a movie marquee while shooting a crowd scene, and so we read, however briefly, that Warren Beatty‘s Heaven Can Wait and Randal Kleiser‘s Grease — both released in the summer of ’78, when Quadrophenia was shooting — are the current attractions. 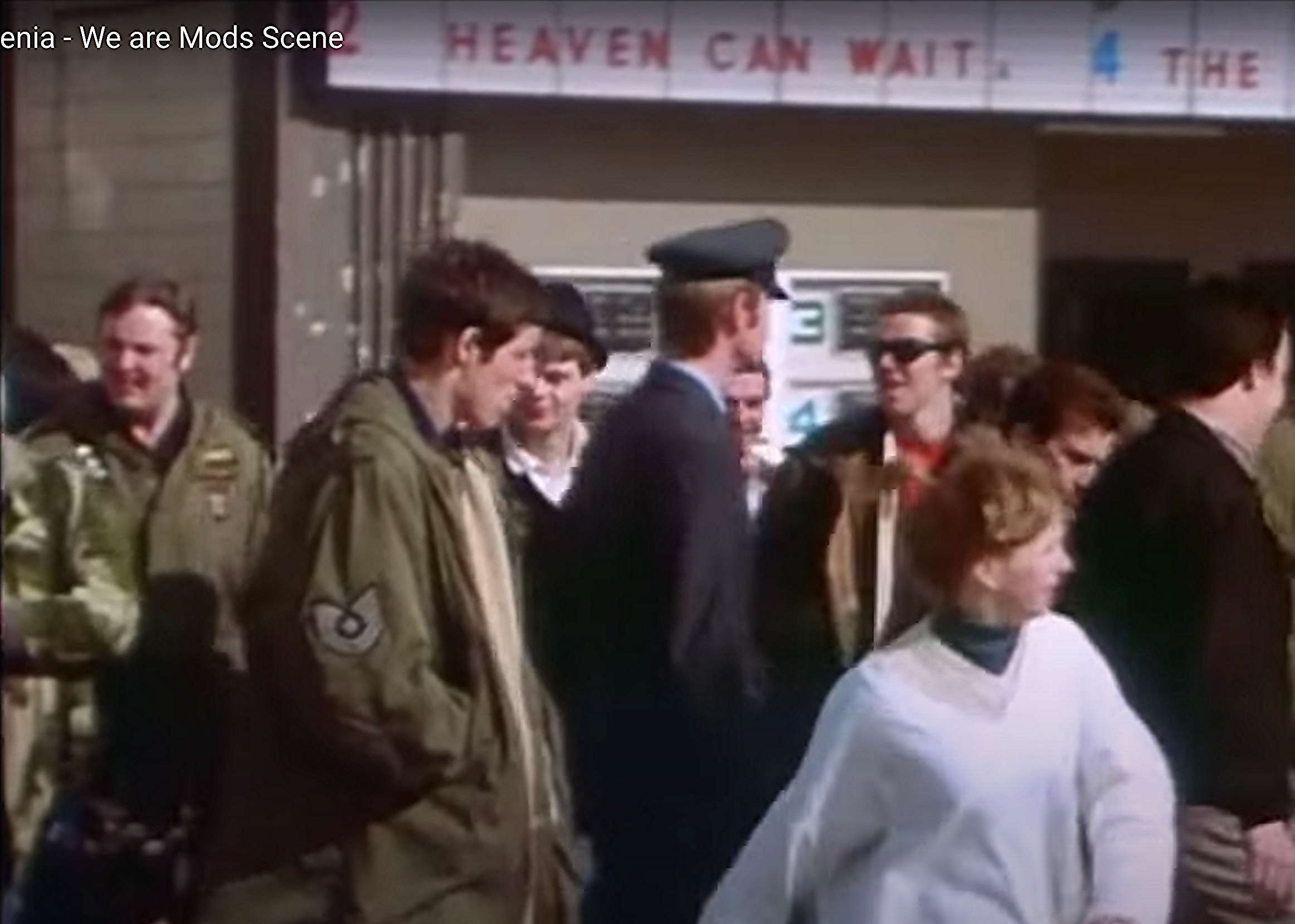