Kelly Marie Tran, whose Rose Tico character in The Last Jedi (2017) and The Rise of Skywalker (’19) struck me as engaged and agreeable, is on the cover of The Hollywood Reporter. The core conveyance of Rebecca Sun’s profile piece is basically “okay, that was tough and people can be cruel, but I’m back and all the stronger for it.”

The title is “The Resurrection of Kelly Marie Tran: On Surviving Star Wars Bullying, the Pressures of Representation, and Raya and the Last Dragon.”

The basic paraphrased message of the piece is (a) “the fanboys tried to hurt me and actually did for a while, but I bounced back and here I am”, and (b) “I’ve also dropped a noticable amount of weight in order to look good in sequined gowns while at the same time telling the Instagram bullies to go eff themselves.”

Why exactly was Tran subjected to so much racist and sexist online harassment by Star Wars neckbeards? Esquire‘s Dom Nero posted the following on 6.5.18:

“Since the earliest promos for The Force Awakens, members of this testosterone-fueled community have flooded the internet with their regressive criticisms that Star Wars seems to no longer be a white male-led franchise. In spite of virtually every movie in the new Disney iteration of the series being headlined by white actors, many fans feel that there is a ‘social justice warrior’ or ‘liberal’ conspiracy within the new Star Wars films — and it’s no surprise that this level of unrest has come about only when Kathleen Kennedy, a woman, stepped in to be the new president of Lucasfilm.

“These fans were especially, as they would say, triggered by Tran’s character in The Last Jedi, namely because she is (a) an Asian-American of Vietnamese descent, b) a woman, and (c) not the [right kind of] Hollywood female body type.” 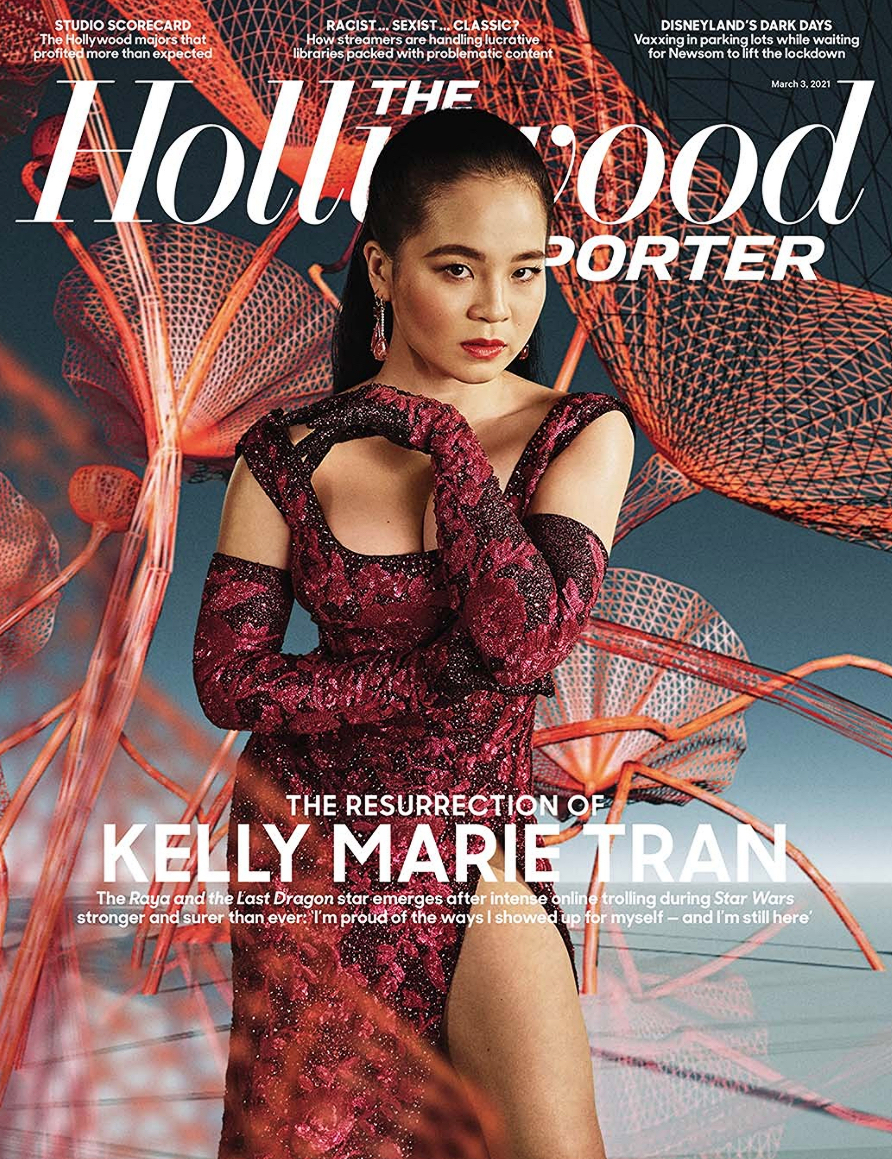