Hollywood Elsewhere apologizes for posting about the 2021 BAFTA noms three hours later than I should have:

All hail Sarah Gavron‘s Rocks, which has matched Chloe Zhao‘s Nomadland with seven (7) BAFTA noms — the top two nom-getters. For a reason.

If nothing else, the 2021 Woke BAFTA noms have inspired me to finally see Gavron’s well-reviewed film, which premiered at the 2019 Toronto Film Festival, and received some sort of theatrical and/or streaming play in England last year.

The only problem is that when you do an Amazon search for Rocks, you get links for 30 Rock, School of Rock, Rock of Ages, Rock Dog and so on. Search the Criterion Channel and up comes Rocky VI, Rock ‘n’ Roll High School and The Rocking Horse Winner.

Congrats also to BAFTA Best Actress nominees Bukky Bakray, the star of Rocks, and Wunmi Mosaku, the Nigerian-born star of a 2020 British horror film, His House, which is playing on Netflix. Other Best Actress BAFTA nominees are Radha Blank (The Forty-Year-Old Version) and Alfre Woodard (Clemency) plus Pieces of a Woman‘s Vanessa Kirby and Nomadland‘s Frances McDormand.

Does this roster strike anyone as a little…uhm, wokester-mandated? Maybe a little bit? As pointed out in the People’s Central Committee “conscious voter training” manual? 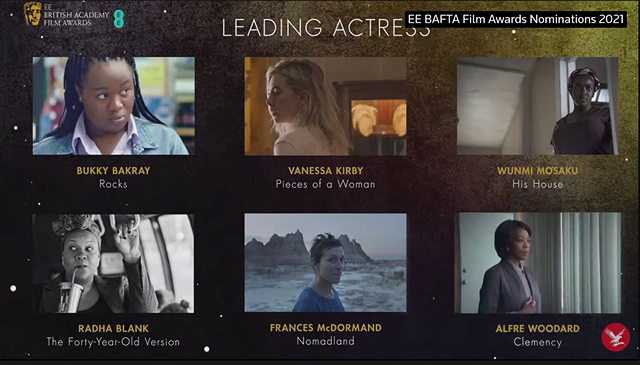 I’ll tell you what’s happening here, and what it is ain’t exactly unclear. Following last September’s BAFTA diversity review, which was prompted by the BAFTAS-so-white hashtag, the BAFTAs have become a People’s Central Diversity Committee thing, and if you don’t go along with it or think it’s a bit skewed….well, you need to get with the program.

I wasn’t exactly riveted by Gourav’s performance (too many blank smiles, didn’t care for the outdoor-pooping scene) and I thought Rahim’s performance was….well, okay but oddly passive. No issues with these guys being nominated, of course, but we all know what’s going on here. As HE’s friendo #1 says, “It’s the mandated woke thing, the obsessive ritual embrace of POCs, the shunning of white male actors. Ordinary people can spot this from a mile away.”

In fact let’s turn the show over entirely to friendo #1 and friendo #2…..take it away!

Friendo #2: “The BAFTAs went full equity. They did not trust their own members to choose the nominees for Best Director or the acting categories, which were selected by a jury, and the jury wasn’t even entirely composed of BAFTA members. They did this because they were called racists last year. It is just so self-serving. The idea is it’s supposed to be a competition where voters pick what they like best. But they removed that part of it and simply inserted the most diverse nominees in those categories. That is a perfect description of equity. It is simply not right to pretend to have a competition where you micro-manage or ‘cheat’ your way into good headlines. Why would anyone want that to be their achievement? Selected to make BAFTA look good? They want a pat on the back, fine, give it to them. But let’s not pretend these are competitive in any way. Why would anyone want that?”

Friendo #1: “They are trivializing the awards season right out of existence.”

Friendo #2: “And if you look at Film Twitter right now you will see the typical virtue signalers are out in force. I’m sure Mark Harris is going to pretend these are legit, white saviors on the loose.”

Friendo #1: “[They seem to be saying] it was only ‘racial bias’ that was preventing a micro-movie that no one cares about and that would never in a million years have been an awards contender like The Forty-Year-Old Version from getting the recognition it deserved!! Mark Harris is all in on this stuff. He’s become a black-armband-wearing cultural Gestapo agent, who mocked the canceling of those Dr. Seuss books by saying they were books ‘no one wanted any more.’ No one! Absolutely no one! And he gets to decide!”

Friendo #2: “Seriously this assumes that everyone is wrong about worth and that notions of ‘quality’ themselves are driven by white supremacy. That changes the whole definition of what is ‘good’ because white people can’t be trusted to judge quality. It’s completely insane. The BAFTAs should say ‘because we’re racists we’re going to stop having film awards and now we’re going to select by a woke jury the right contenders.’”

Friendo #1: “That’s exactly what they’re saying. With one rather luscious irony built in. The people who are making this judgement (about the cosmic racial historical fallacy of the judgment of white people)…are white people! What’s going on now with the BAFTAS, the Oscars and even the Globes…what’s going on is that the film world has stopped having film awards. They’ve swapped in something else…the Woke Feel Good If You’re a Person of Color Awards! 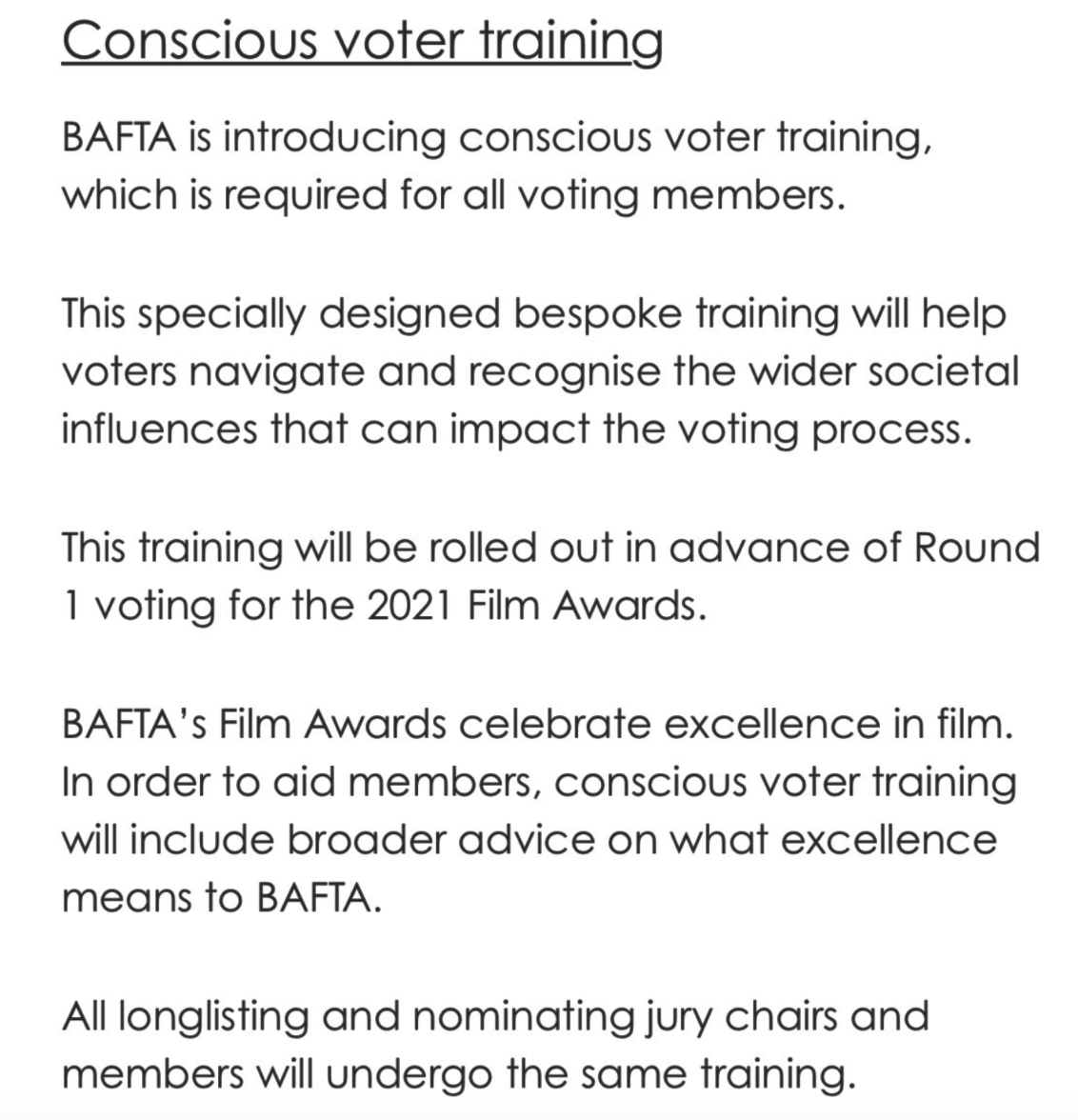