Everyone knows that “glass ceiling” signifies a barrier to advancement within a corporate heirarchy, and especially one affecting women. No one has ever objected to the term as the word “glass” has no ethnic connotations.

But the term “bamboo ceiling,” an allusion to people of Asian descent facing the same kind of advancement barriers as well as a term coined 15 years ago by self-help book author Jane Hyun (“Breaking The Bamoo Ceiling”), is very bad — antiquated, odious and racist.

Let it be understood that anyone who utters the “b” word in almost any context will be harshly disciplined, and that includes writers of Asian descent, as The Hollywood Reporter‘s Rebecca Sun discovered this morning.

Not to worry as “bamboo ceiling” was removed from the headline of Sun’s story, which is now titled “Oscars: Diverse Field Sees Asian Actors Finally Break Through.” If a non-Asian THR employee had written that headline they would have been immediately cancelled and forced to seek a career in either retail sales or fast food. Sun was saved by her bloodline, thank God. 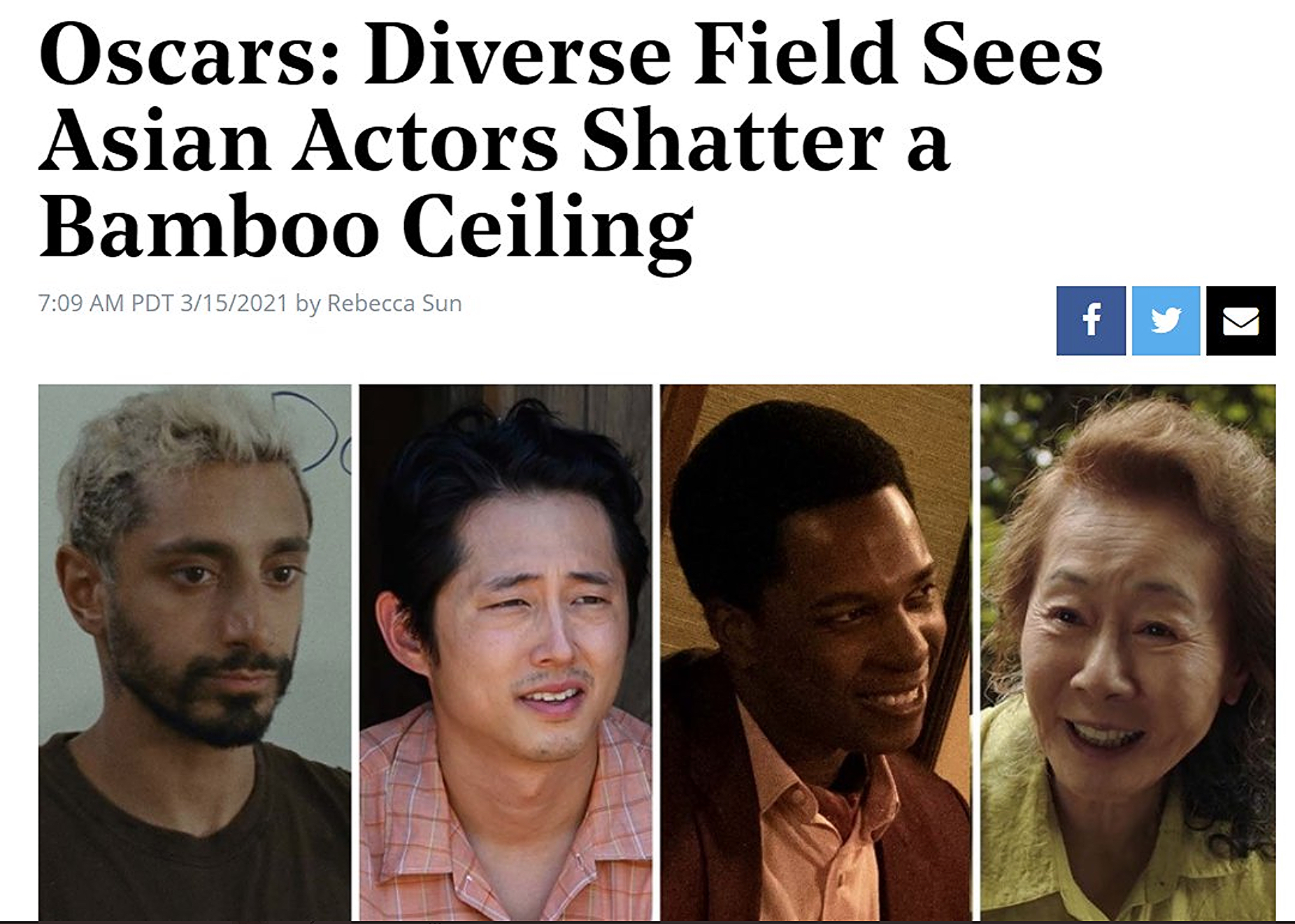 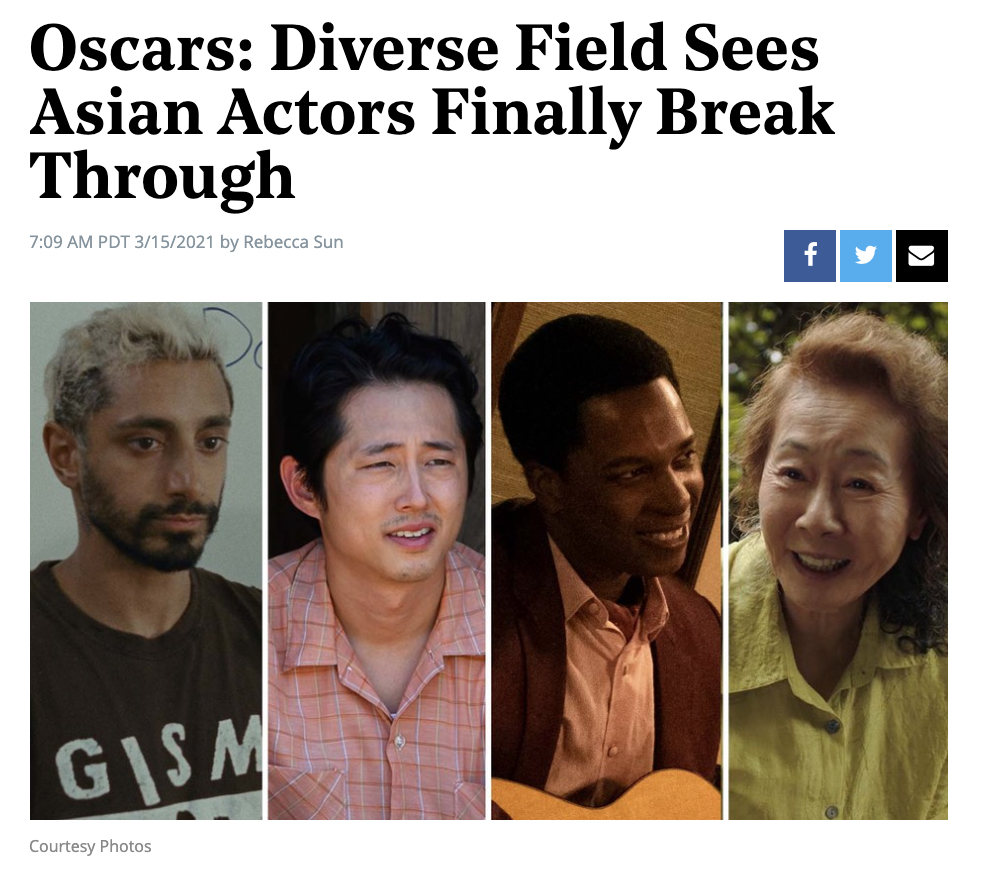 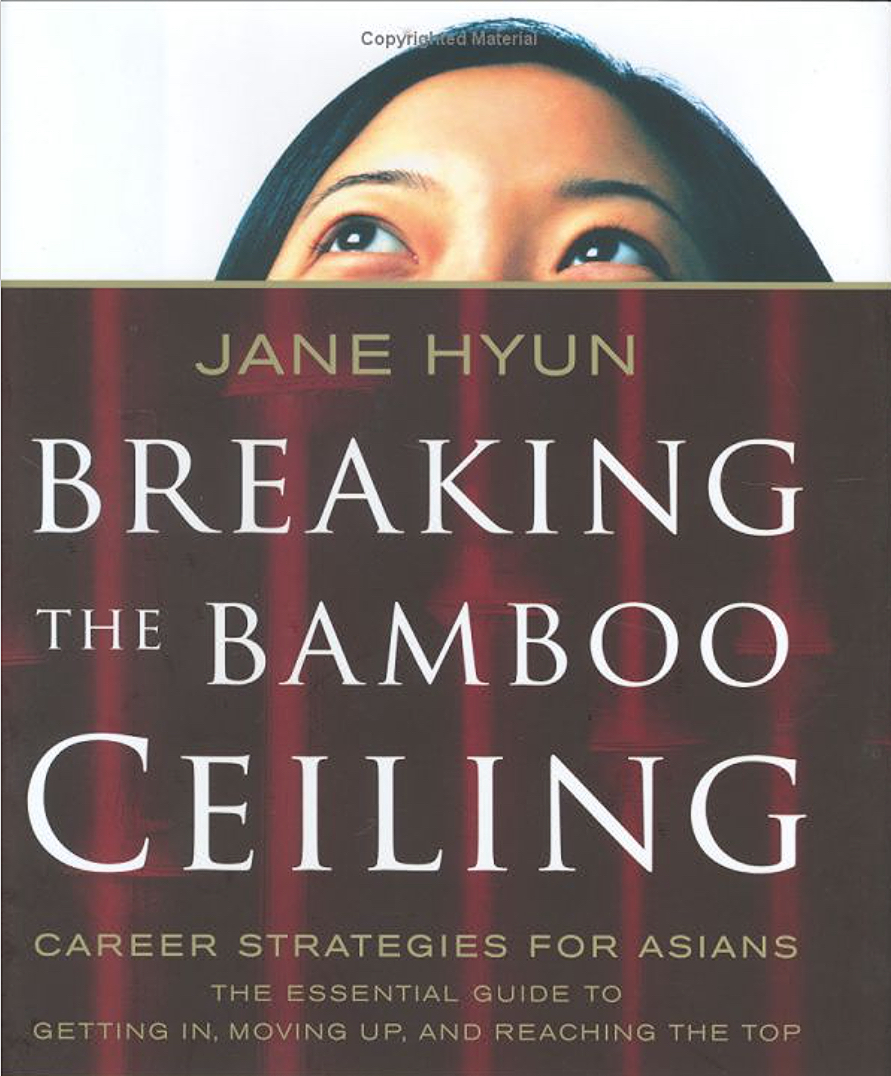