The situation facing Barack Obama right now is not dissimilar to the one facing Grace Kelly‘s character, Amy, in High Noon (1952). As everyone knows the Illinois Senator has been a proponent, in a manner of speaking, of non-violent campaigning. But the clock has struck twelve, the train has arrived and the Clinton gang, clearly committed to the low and the dirty, is making its way down Main Street and looking to fill him with hot lead. In such a situation, can a pacifist stay a pacifist? 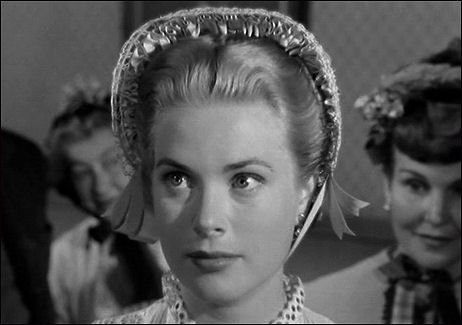 Just as Amy makes it clear early on to Gary Cooper‘s Will Kane that she despises violence and won’t abide it, even if it means not supporting Kane’s decision to stand up to the Frank Miller gang, Obama has said he won’t engage in the old political battle language and reflexes of the past. He believes, correctly, he has to be the guy with a new way, a new hymnbook. He can’t just be another tit-for-tatter looking to get elected. If he succumbs and plays the same old game, Obama believes, he’ll be sacrificing an essential part of his appeal.
Not so. Not at this stage of the game. Obama can’t be anyone other than himself — he’s nothing if not comfortable in his own skin — but he has to find a way to stand up, strap on the leg irons and be the tough guy as well as the good guy. The tough challenges that are sure to confront the next president in the domestic and foreign arenas are in some ways analogous to the tough challenges in a political campaign. Question is, will the big cathartic moment of High Noon, which belongs entirely to Amy, work in a real-life political context?
The big High Noon “turn” happens when Kelly hears shots fired and suddenly becomes combative. She shakes off her philosophical reservations and reacts instinctively. About to leave town on the same train, she jumps off and runs into town to help her husband. A few minutes later she does a shocking and cathartic thing by shooting bad guy Robert Wilke as he’s re-loading his six-shooter. In the back even! And it’s a great moment! 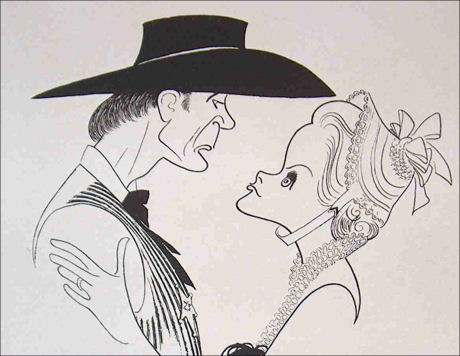 If you’ve ever seen High Noon with an audience (as I have), you know people go batshit when this happens. Somebody involved with the film (director Fred Zinneman, screenwriter Carl Foreman, producer Stanley Kramer) is quoted on the DVD as saying they knew High Noon would be a hit when they heard a test audience cheer this moment.
People understand the way things are. We all agree with non-violence and positivism and constructive behavior as long as the Frank Miller gang isn’t threatening to do harm. When sociopaths push their way into the situation, things change. Sometimes you have to stand up and tell the bullies to surrender their weapons or else. People understand this. They sure as hell don’t respect a man who avoids a fight because he doesn’t believe in fighting. That’s out.
By the way: yesterday I suggested an analogy between older white women who are standing by Hillary Clinton despite her general monstrousness and the “downtown” jury that found O.J. Simpson not guilty in his 1994 murder trial despite the facts presented by the prosecution. The point was that loyalty is blind. Anyone who knows what loyalty is knows the truth of this.