Last night’s flight was hell. The agony of sitting in a too-small seat and almost sleeping but not really (i.e., sporadically dozing on the surface of the pond rather than slipping below and sinking to the bottom) was more acute than usual. The price for an exit-row seat was having to sit between two big guys. One was large-bellied and a bit of a wheezy breather and wearing poolside flip-flops (why do people who don’t believe in pedicures do this?), and between his girth and my broad shoulders it wasn’t a good fit.

I’m staying in a 31st floor apartment at 310 Greenwich Ave., or about three blocks west of the Chambers Street A stop and a two or three blocks south of the Tribeca Grill. I’m here for the weekend and a day. A detour into Connecticut tomorrow and then back to the city on Sunday, and then a flight out of JFK on Monday afternoon for Paris and then Cannes with an expected early-morning arrival on Tuesday.

Tonight Jett and I are catching the B’way revival of John Guare‘s The House of Blue Leaves with Ben Stiller, Edie Falco, Jennifer Jason Leigh, et. al. I planned to see a revival back in the late ’80s in Pasadena but something got in the way, so this is my first time. 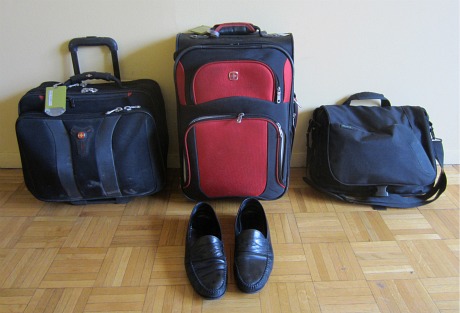 The two somewhat larger bags aren’t light but at least they’re not steamer trunks out of the stateroom scene in A Night at the Opera, which is what I’ve seen a lot of people lugging around at airports. Always travel with small-ish bags. Either you get it or you don’t. 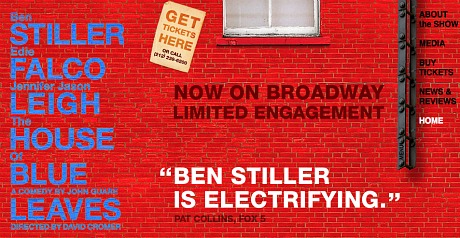 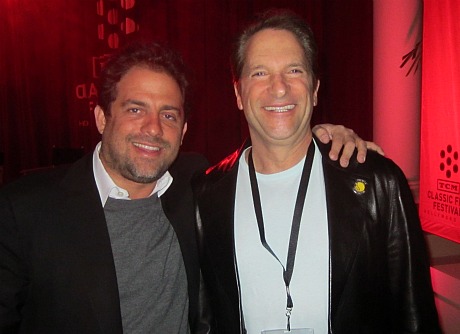 Apologies to Peter Guber and Brett Ratner for failing to post this last Sunday. It was taken prior to a TCM Classic Film Festival discussion about the relentlessness corporate hunger for sequels (and the cowardice exposed by this). Pete Hammond moderated.