The main point of Chris Nashawaty‘s big Indiana Jones piece in the current Entertainment Weekly (dated 3.14) is that as we approach the May 21st opening of Indiana Jones and Kingdom of the Crystal Skull, the tangy, thrill-a-minute franchise is undimmed — that it still has enormous vitality and fan loyalty. 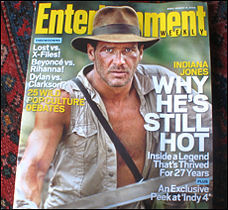 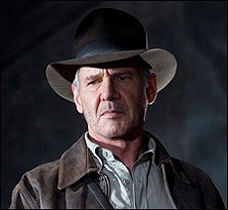 cover of EW issue #982; Ford in Indiana Jones and the Kingdom of the Crystal Skull

But the underlying suggestion in the cover photo, of course, is that the 65 year-old Harrison Ford is still a brawny-studly sex symbol. Which, to many millions, may well be the case. No argument from this corner. (I’m done with the Uncle Festus routine. For now.) But I would have respected the cover-shot choice (as well as Nasahawaty’s article, now that I think about it) a bit more if EW had run a shot of the current Ford/Indy biology. He is what he is, “be here now” and all that….right?