Beardo and the Robots

Who wants to see a revolt-of-the-robots movie called Robopocalypse? Show of hands? I personally don’t think the title has enough syllables. It’s not hard enough to pronounce. Why not call it Robopoppadiddypopalypse? (Nine being better than five, right?) Like it or not, this will be the next high-crank, super-wank popcorn movie from the billionaire hack known as Steven “Abe Who?” Spielberg. 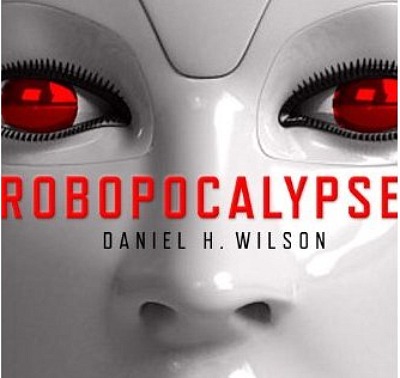 The book it’ll be based upon, written by Daniel H. Wilson, won’t be out until next June, but it’s obviously a Transformers-type deal aimed at 13 year-olds with the once-great Spielberg, a guy who used to make films that at least sounded semi-original, picking up discarded Reese’s Pieces dropped in the forest by Michael Bay and James Cameron, whose “war against the machines” in T2 sounds fairly similar.

TheWrap‘s Jeff Sneider reports that shooting will commence after Spielberg finishes his War Horse movie and after The Adventure of Tintin: The Secret of the Unicorn has been released and after Spielberg has arranged for all his checks to be sent to the right bank accounts and signed off on all his merchandising deals.

October 22, 2010by Jeffrey Wells49 Comments
« Previous post
The Griefersons
Next post »
The Man Who Hides His Face