The Man Who Hides His Face

Box-Office Mojo is reporting that The Tree of Life, that dysfunctional ’50s Texas family + dinosaurs movie from The Artist Known As Mr. Cuckoo Bird, and costarring slightly younger versions of Sean Penn and Brad Pitt than the ones that currently exist, will open stateside on 5.27.11. This will be just a few days after the 2011 Cannes Film Festival, which of course raises expectations that the film will debut there. 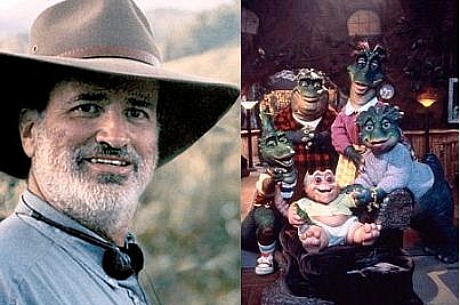 What are the chances that The Artist Known As Mr. Cuckoo Bird will attend said festival? It’s a given he won’t show up at the press conference, but will be stay at the Hotel du Cap and send out smoke signals from some remote location on the grounds? What are the chances that publicists for Fox Searchlight, distributor of The Tree of Life, will do what they can to actively prevent journalists from speaking to or even seeing Mr. Cuckoo Bird? Will Mr. Cuckoo Bird give interviews in the manner of Banksy in Exit From The Gift Shop, wearing a hoodie with his voice electronically altered?